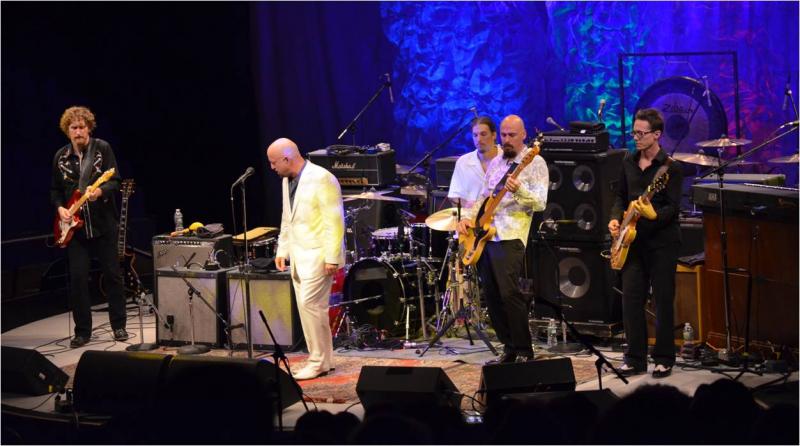 On a pleasant Sunday evening, the crowd outside the NYCB Theater in Westbury was happily buzzing and chattering in anticipation of the boogie-woogie blues and southern rock extravaganza they were about to see. Fabulous Thunderbirds, featuring original member/vocalist/harmonicist Kim Wilson, and Great Southern—the on-again/off-again solo project fronted by Allman Brothers Band founding guitarist Dickey Betts—were about to bring a heavy dose of American music to Long Island.
The Fabulous Thunderbirds—also featuring guitarists Johnny Moeller and Mike Keller, bassist Randy Bermudes and drummer Jay Moeller—transformed the fabled Nassau county venue (formerly known as the Westbury Music Fair) into a Texas roadhouse, at least for an hour or so. Taking the stage resplendent in a white suit (featuring a slight pinstripe), white shoes and a black open collar shirt, Wilson was the epitomé and personification of a classic blues front man.

Immediately upon their arrival onstage, Keller, Bermudes and the brothers Moeller began to lay down the hard-driving, scorching guitar leads, long, striding bass lines, and sharp shuffle beats for which the band is known. Wilson then added his special brand of soul-searching vocals; he also knew exactly the right time to switch from smooth harmonica riffs to wailing harp, and the crowd ate it up.

Holding his mic and harp in a death grip, Wilson strutted, danced and juked across the stage as though he owned the building while Moeller's Stratocaster rang out with searing and soaring calls to Keller's crisp responses, as the rhythm section drove the crowd into a semi-controlled frenzy. Standing in and on their seats, clapping and dancing in the aisles, the audience went wild for the ever-popular signatures, "Wrap It Up" and "Tuff Enuff," as well as many others.

Mixing blues, rock, and soul like a masters, The Fabulous Thunderbirds gave the audience exactly what it came for—good, solid foot-stompin' honest American music, without any gimmicks. 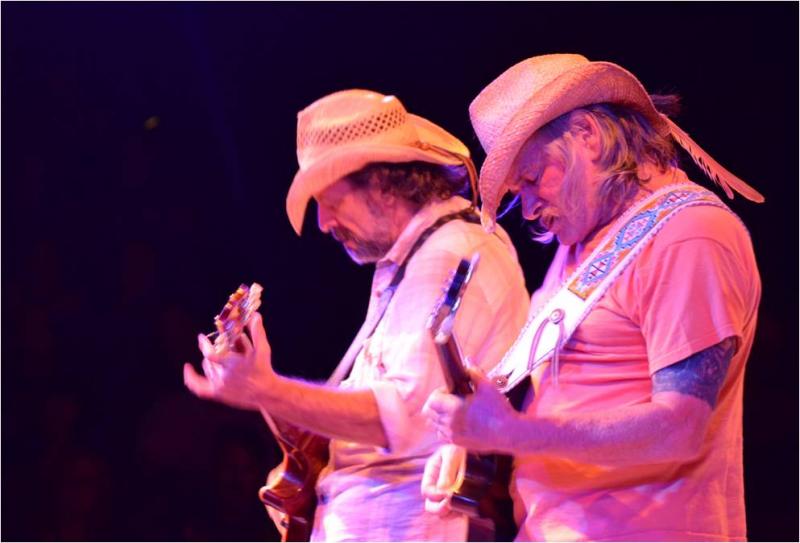 Unfortunately, the same cannot be said for Dickey Betts & Great Southern. While the band was stellar, and played note-perfect renditions of Betts' most beloved Allman Brothers compositions, Betts himself struggled. Problems with the guitars and perceived issues with the sound engineering had Betts in a foul mood. He yelled into the microphone to "turn down the piano." He complained that the mic had too much treble. In the middle of a song he announced that he couldn't play any longer and walked offstage, forcing his mortified band play without him. Additionally, his speech was slurred and he was belligerent to the audience. He was unsteady on his feet while, at the same time, stomping and stalking around the stage. When he did play, Betts managed to keep up with the band but his singing and timing left the audience wanting. "Blue Sky," "Jessica," "Ramblin' Man" and the rest of Great Southern's set was musically pleasing but vocally disappointing.

It was unfortunate, because Betts has obviously assembled a great Allman Brothers-stylized band, with guitarist Andy Aledort, bassist Pedro Arevalo and two drummers—James Varnado and Frankie Lombardi—who were both phenomenal. Organist Mike Kach was fantastic, playing a self-penned original that would have fit right in at an Allman Brothers concert—even demonstrating a very Gregg Allman-esque vocal. But, sadly, Betts' performance was lacking.

About The Fabulous Thunderbirds