By ANDREY HENKIN
January 15, 2008
Sign in to view read count 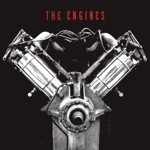 Let's try to get through this CD review without using the "V" word. Instead, let the eponymous debut of The Engines serve as a discussion starter on the idea of a larger Chicago aesthetic. The quartet—Jeb Bishop (trombone), Dave Rempis (alto, tenor and baritone saxophones), Nate McBride (basses, both acoustic and electric) and Tim Daisy (drums)—is drawn from the remarkably vibrant Windy City jazz and improvised music scene, as documented most assiduously by Okkadisk, headquartered just up the coast of Lake Michigan in Madison, Wisconsin. The Engines came into New York City in December, 2007, in support of this just-released Summer 2006 recording, to Union Hall, a hipster bocce bar where Rempis and Daisy had played back in February with...somebody.

The album and performance must be spoken about together, for if there is one thing shared by Chicago bands is that they record as they play live or vice versa. The 73-plus minutes of the album is as open and thorough as their live renditions, though only three tunes from the album made it into the set; this is another facet of Chicagoans—they seem to compose at a remarkable rate. All four members of the band contributed two pieces each to the album, and live Bishop and Rempis had two alongside a pair from McBride and Daisy. Perhaps it is because these four have played together so often and write for each other's strengths that the tunes, varied as they are texturally and dynamically, seem of a piece, a real band playing band music rather than the Bishop/Rempis/McBride/Daisy 4.

Is there is a Chicago aesthetic? And if so, where would it begin and how broadly can one subjugate an entire city to an artificial concept such as collective creativity? If there is something in common, it is an ability to maintain momentum through a liberal mixture of long and short tones, the blues and squeaky European avant-gardisms, through-composition and lots of tightly executed starts and stops, zigs and zags. Daisy and McBride, two of Chicago's expert rhythmateers, are responsible for much of the implementation with Bishop and Rempis, sorely missed as a regular small ensemble frontline, adding bombast and detail, often all at the same time. Bishop has become a well-respected trombonist in the progressive lineage—membership in the Globe Unity Orchestra for example—but special mention must be made of Rempis, Beelzebub-ian in his ability to shoot flames on all three of his saxophones.

The Engines certainly requires the oil that is attentive listening. The songs—and again this is live or recorded—are not blowing vehicles though long solo portions are set aside; instead they are well- constructed compositions with subplots and character development. And since a relatively small portion of the concert was given over to album material, the long-term health of this collective seems assured, another exciting wind blowing from out west.