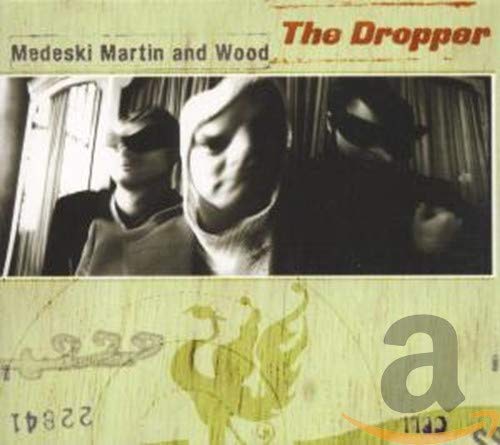 I picked up the latest disc by the trio Medeski Martin & Wood and trying to categorize it, I didn’t expect the Spanish Inquisition.

But I digress. Our heroes in recent interviews have distanced themselves from the whole jam-band phenomenon. I suspect they plan to be around a lot longer than this latest flavor-flave of the month. And they will be. Formed in 1991, MMW revived a concept of the touring jazz band playing night-after-night, traveling in a van, and more importantly honing their craft.

Their 1993 Gramavision disc “It’s A Jungle In Here” was the coming out party for their sound, mixing jazz with say, reggae, or retooling soul-jazz with hip-hop beats, but evading the moniker of fusion. Their continual touring garnered an audience for the trio’s sound, playing in rock venues as opposed to traditional jazz clubs. MMW’s concept of giving the people what they want doesn’t involve watered down fusion or retro-bebop. Several records later, MMW released Combustication (Blue Note) and backed John Scofield on A Go Go (Verve). These two discs, along with their growing fanatic support, spun off a new jazz genre: the jam-band.

But they weren’t so eager to adopt this new genre. To paraphrase Groucho Marx, “They would not want to be a member of any genre that would have them as members.” Why, because MMW are jazz musicians, not bored rockers. They participate in what was once called ‘spontaneous composition,’ what we call improvising. Why they are successful is their jazz draws from a very modern palate, with hip-hop beats, organ-soul, and free-jazz. To make their point, they released Tonic earlier this year. This acoustic non-jam effort solidified the trio as an improvising force and chased all those nouveau-jazz posers out. What did fusion fans expect, the Spanish Inquisition?

(Nobody expects the Spanish Inquisition...)

The Dropper returns MMW to the electric world. But the trio plugs-in to dropout once again. Aided by producer Scotty Hard (Wu-Tang Clan, P.M. Dawn) the beats are edgier, the music grainy-er, and the world-view harsher. Just as the Beastie Boys and US3 mined samples from the 1960s Blue Note classics, this release is packed with future gems for yet unborn samplers. Guest appearances by Sun Ra saxophonist Marshall Allen and the Rootless Cosmopolitan himself, Marc Ribot, should be a tip-off to this affair. “Felic” Allen’s squeal is surrounded by a percussion heavy (add Eddie Bobe’s congas) rhythm. Kind of reminds one of the Arkestra mission. With MMW (as with Sun Ra) beauty and harshness become fruitfully assimilated. Same goes for the three guest tracks by Ribot, his shred (or Shrek) surf guitar lands an un-sanitized reality groove.

This is gritty nasty jazz, part hip-hop, part industrial waste. MMW is looking into the 21st century and not seeing a bridge, but a chasm. When the hard-core jazz jury meets, some (insert jam-bands) will be dealt with harshly. John Medeski, Billy Martin, and Chris Wood will be knighted for their loyalty to the avant-groove. But no one can anticipate when the jazz jury will meet—just like the Spanish Inquisition—and by now you know that nobody expects the Spanish Inquisition...

Since we are so close to years end, I’ll confidently place The Dropper in my top ten albums of the year list.