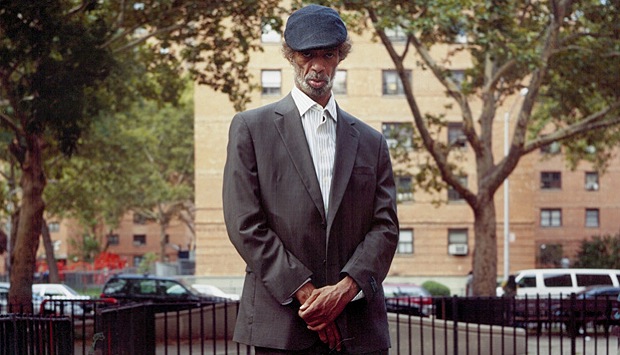 By JEFF WINBUSH
July 14, 2011
Sign in to view read count
Live long enough and you'll either be disappointed by your heroes or you'll bury them.

Did I say "heroes"? Sorry. I meant to say Gil Scott-Heron wasn't my hero. He was an innovator, a trailblazer, a pioneer and an inspiration, but he wasn't my hero.

He was just one of the coolest brothers I ever heard in my life.

Without Gil Scott-Heron would rap music ever been born? Probably, but without the social consciousness of a Scott-Heron, The Last Poets and others the Black pride and positivity that was once standard in rap and now seems merely quaint.

When Scott-Heron dropped "The Revolution Will Not Be Televised," he showed poets could do more than drop rhymes. That song was the soundtrack for Black pride in the Seventies. 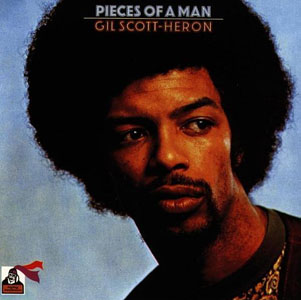 Scott-Heron personified the cliché of the "tortured artist" and it's sad a brother, who spoke with such eloquence about the downward spiral to which alcohol and drug addiction leads, was pretty much wrecked due to his crack habit.

Scott-Heron sang on many on his albums, and though he was more than adequate at that task his Master's degree was in his flow as a poet. Let someone else write about flowers and trees and the birds and the bees. Scott-Heron was busy trying to wake the sleepers up with gritty truths and strong opinions.

Oh, I know for most of the young brothers and sisters, Gil Scott-Heron is one of those, "Who he?" question,s and once you see the man you'll just shake your head at that big Afro and beard and think, "Homey needs a shave and a haircut."

Still, show me a rapper today that's worth a damn and he knows he owes a debt of gratitude to Scott-Heron. He was not a rapper, but he was one of those who laid the groundwork that took spoken word and jazz singing to the beats, rhymes and flow of today's young prophets. Does Scott-Heron deserve all the credit? Of course not, but he sure deserves his fair share of it.

Drugs and brushes with the law brought Scott-Heron down. He lost most of his teeth, was infected with HIV and saddled with an addiction to crack cocaine. He was unapologetic about his drug usage, as he explained in a New Yorker article, "Ten to fifteen minutes of this, I don't have pain," he said. "I could have had an operation a few years ago, but there was an eight percent chance of paralysis. I tried the painkillers, but after a couple of weeks I felt like a piece of furniture. It makes you feel like you don't want to do anything. This I can quit anytime I'm ready."

Famous last words and ones many a junkie has said before. Scott-Heron never got ready to quit. Yet, who am I to question how another man handles his pain? Who is anyone to do so?

In 2010 he released I'm New Here (XL Recordings), and the ravages of the years—and the toll they had taken on him—were clear for the ear to hear and the eye to see. "Me and the Devil" is a dark video for a dark song, and shot without Scott-Heron appearing until the end reading his poem, "The Vulture." He looks like hell, but the power and the passion in his voice is undiminished.

There are a lot of years and regrets between "The Revolution Will Not Be Televised" and "Me and the Devil," but they are all the pieces of a man, as Scott-Heron's titled his breakthrough second album, in 1971. I used to love his music back in the day, but like most of us I outgrew that kind of politically conscious and Black pride music. It seemed to hit its peak with Public Enemy and since then it's fallen off hard.

I doubt the passage of Gil Scott-Heron will herald a new renaissance of socially conscious rappers and poets, but who knows? Every mighty oak starts off as a small sapling. Every future icon stars off scribbling in a note pad or talking to themselves in the mirror. 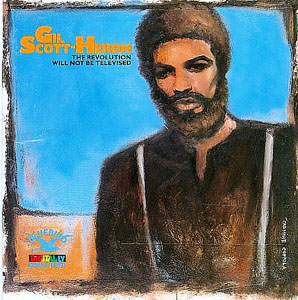 Scott-Heron was dubious of his contributions to rap. He said he considered himself a "bluesologist," and he rarely listened to rap or hip-hop. No matter. Rap and hip-hop were definitely listening to him.

Scott-Heron's jazz roots extended to his being signed by legendary producer Bob Thiele to his Flying Dutchman label. Thiele had produced records by John Coltrane, Charles Mingus, Dizzy Gillespie and Louis Armstrong, and he surrounded the young Scott-Heron with veteran jazz musicians. Keyboardist Brian Jackson—who would become a frequent collaborator with Scott-Heron—was among the players on Pieces of A Man, and Thiele also recruited flutist Hubert Laws, drummer Bernard Purdie, guitarist David Spinozza, and former Miles Davis bassist, Ron Carter. Of Scott-Heron, Carter said, "He wasn't a great singer, but, with that voice, if he had whispered it would have been dynamic. It was a voice like you would have for Shakespeare." 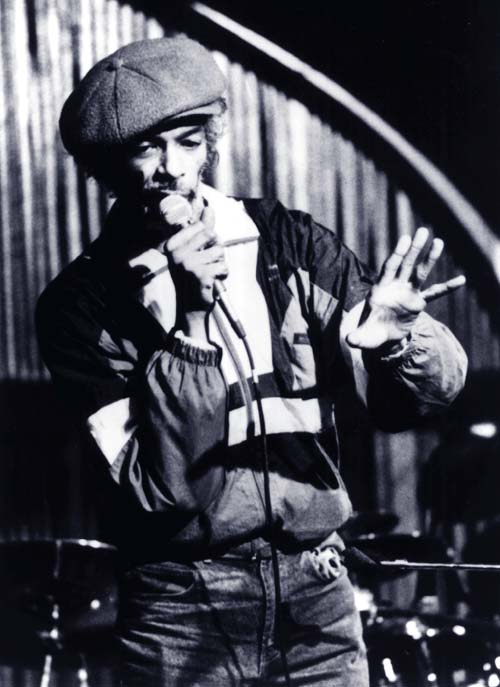 Scott-Heron's legacy as a poet and griot is firmly set, as evidenced by the scores of articles and eulogies following his death. Facebook and Twitter blew up with video links, tributes and shout-outs to the brother who predicted a revolution was coming.

There's just one problem with all this. Scott-Heron was something of a mess in the last decades of his life. In no way does that diminish his grandeur as an artist, but it's important to be honest in assessing his life and times, and the evidence is in: Scott-Heron was a drug-addicted, disheveled shell of a man when he died.

He became a cautionary tale of what happens when your demons run you down.

There's no sugarcoating the unpleasant fact that Scott-Heron is receiving all this long overdue love based upon who he was instead of what he became. The Gil Scott-Heron of the late Seventies and Eighties was a proud man and a deep brother full of beats, rhymes and rational reasoning. The Gil Scott-Heron of the new millennium was a hopeless addict who alienated friends, family and fans, while becoming a slave to the very vices he had once cautioned others to avoid.

We should remember Scott-Heron, but we shouldn't shut out the unpleasant realities of how hard he had fallen.

I had heard about the New Yorker profile that ran last year It had become notorious as the article where Scott-Heron smoked crack in front of the interviewer. I didn't want to read it. I knew it was bad. I figured it would be painful. I thought it would hurt.

And I was right. It did hurt, but reading it only made me uncomfortable. It was Scott-Heron who was the one in pain. I could always turn the page or click away to happier and sunnier subjects. Nobody enjoys watching someone, whose artistry and activism he has admired, end up as a zombified shadow of himself.

Unhappily, that's the price you pay for thinking you can freeze a deeply flawed human being in a moment of time and think he will stay that way forever. The music, poetry and words of Gil Scott-Heron are immortal. Nothing diminishes the power and the glory of "The Bottle," "Johannesburg," "Lady Day and John Coltrane," and, naturally, "The Revolution Will Not Be Televised."

Not even Gil Scott-Heron himself.

Godspeed, Gil Scott-Heron. Maybe the revolution was more theoretical than actual, but there's no questioning you were a revolutionary artist. Rest in peace.

Gil Scott-Heron, The Revolution Will Not Be Televised (Bluebird, 1988)