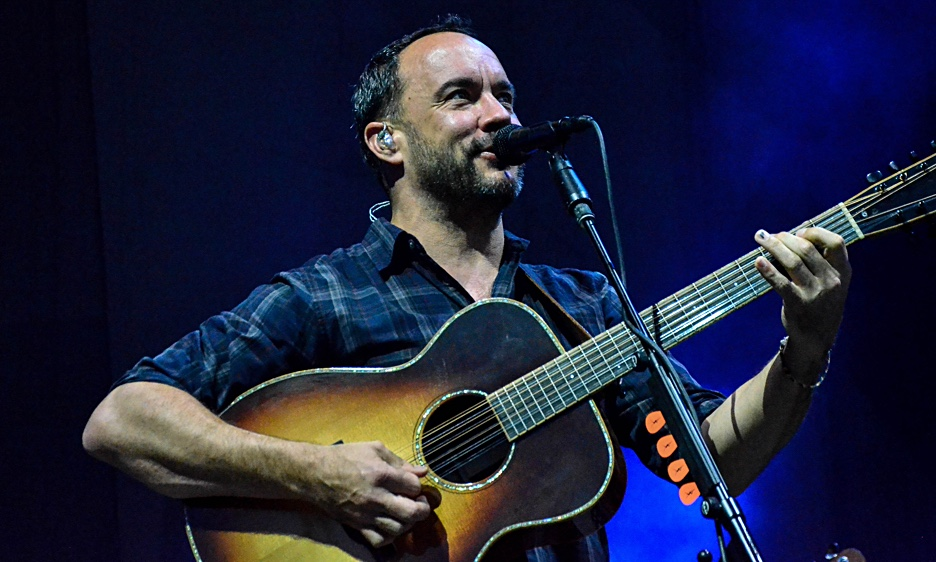 After he graduated from high school in 1985, Matthews had a choice—join the military as was required by South African law or leave the country to avoid service. Matthews chose to leave. He moved to New York and worked for IBM for a while and then joined his mother in Charlottesville, VA (where his family had lived prior to his birth). There, Matthews found kindred spirits and became part of the local music community.

Matthews formed the Dave Matthews Band (also known by the acronym DMB) in early 1991. The original band featured Matthews (guitar and vocals), Stefan Lessard (bass), LeRoi Moore (saxophone), Carter Beauford (drums), Boyd Tinsley (violin) and keyboardist Peter Griesar (who left the band in 1993). The fledgling group's first public performance was on March 14, 1991 at Trax Nightclub in Charlottesville. This performance was part of a benefit for the Middle East Children's Alliance.

The band's debut album Remember Two Things was released in 1993 on the Bama Rags label. Its major label debut Under The Table And Dreaming (RCA Records) came the following year. In 2018, the group's Come Tomorrow CD (RCA Records), debuted at number one on the Billboard 200 chart. This success was unheard-of. The Dave Matthews Band became the first group to release seven consecutive studio albums that debuted at number one. During its career, the Dave Matthews Band has sold over 68 million CDs and DVDs combined. The Dave Matthews band is currently comprised of: Matthews, Lessard, Beauford, Rashawn Ross on trumpet, Jeff Coffin on saxophone, Tim Reynolds on lead guitar and Buddy Strong on keyboards.

Dave Matthews and his merry band have spent the better part of the past twenty-five years on the road. One might thinks that on some nights the band might phone it in, but that isn't the case. The band is known for its diversity and for playing its songs differently each time they're performed live. As any fan who has seen the group play more than once (and there are many who have attended multiple DMB concerts) can attest, a Dave Matthews Band concert is a high-energy, happening—a musical throwdown...a two-and-a-half hour jam session with twists and turns of musical exploration and adventure providing the band and fans alike with unparalleled joy and happiness. A Dave Matthews Band concert is simply a musical experience not to be missed.

On this evening at a sold-out Northwell Health at Jones Beach Theater, the mid-sized outdoor venue on the bay, the performance began with "JTR," the "John The Revelator" homage from the unreleased The Lillywhite Sessions album. Matthews, with his smooth vocal styling, and the band, with its crisp and tight musicianship, delivered an evening to remember, featuring the hits and fan favorites as well as newer tunes such as "Again And Again," "Samurai Cop (Oh Joy Begin)," "Can't Stop," "She" and "Here On Out" from Come Tomorrow.

ADVERTISEMENT
Highlights of the performance included the classic "Ants Marching" (which closed the main set) and songs from its vast canon such as "You And Me" and "Funny The Way It Is" from Big Whiskey and the GrooGrux King (RCA Records, 2009); "Jimi Thing" and Prince's "Sexy M.F" featuring guest appearances by Bria Skonberg on trumpet, James Casey (the saxophonist from the Trey Anastasio Band) and guitarist Nir Felder; "What Would You Say" featuring Casey; "Rhyme And Reason" from Under The Table And Dreaming featuring Skonberg and Casey; "Louisiana Bayou" from Stand Up (RCA Records, 2009) and "Don't Drink the Water" and "Pantala Naga Pampa" from Before These Crowded Streets (RCA Records, 1998).

At the end of the main set, when the band left the stage, the capacity crowd got louder and louder, chanting "DMB, DMB," whistling and clapping in anticipation of the band's return and the encores. The sound became deafening when the musicians returned to the stage. Prior to playing the evening's encores, Matthews thanked the crowd for its support and for coming to see the show. The two-song encore set featured "Diggin A Ditch" from the Busted Stuff CD (RCA Records, 2002) before returning to Before These Crowded Streets and closing with "Stay (Wasting Time)."

The entire evening went by in a flash. A good time was had by all in the venue, due in no small part to the easy and casual interaction between Matthews and the crowd. He was at ease joking and speaking with his audience and well as the members of his band.