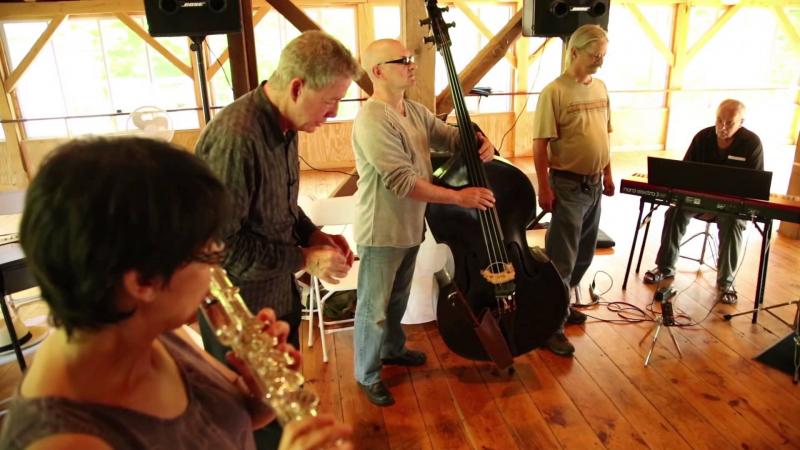 By KARL BERGER
September 10, 2015
Sign in to view read count

Here was a way to define musical discipline from its inner core rather than from outer stylistic rules.

This article was originally published in 2005.

In 1972 I founded the Creative Music Studio (CMS) with Ingrid Sertso and Ornette Coleman. Many luminaries were among the initial advisors: John Cage, Gil Evans, Gunther Schuller, Alan Ginsberg, George Russell, Don Cherry, Lennie Tristano, Lee Konitz, Dave Holland, Frederic Rzewski, Anthony Braxton and Jack DeJohnette, a list of participant artists that reads now like a who's who in new music, jazz and world music. For many years CMS, which has been based in Woodstock, was a year-round workshop center, based on a succession of visiting artists, improvisational performances and recordings, the highest possible level of what I called creative confusion. Participants of all instruments and voice had to make their own sense of it all. And they did, with a mountain of works of their own, realized and recorded in a constant stream of performances at the CMS facilities. And another result was a CMS-community of artists around the world, that stayed in touch, creating more opportunities of communication.

My own initial idea and contribution to this process was what I called "Elemental Studies." My question at the time was, "What is it that all forms and styles of music have in common?" From there I developed "Basic Practices" for additive rhythms, pulse/language/form, harmonic attention, dynamics, etc. which were not related to any specific style or form of music. These practices opened each day at CMS. It was a playful, yet intense training of beat-for-beat attention, timing, phrasing and articulation. In the center was the "Gamalataki" rhythmic training that obviously changed and deepened a lot of peoples' perspective on musical details.

Originally, I thought of this approach as a tool to help students to overcome stylistic barriers and find their own musical language. But this was, of course, also a perfect tool to facilitate multi-cultural practices of music. So I ended up being one of the first to develop the process of multi-cultural music practice; and that, in turn, became more and more the central element of the visiting artists programs at the CMS. African, Indian, Turkish and South American artists interested in improvisation showed up in greater numbers, and the term "world jazz" was coined here.

All of this influenced my own playing as well as my view of life. Here was a way to define musical discipline from its inner core rather than from outer stylistic rules. That consequently opened the way for collaborations of musicians from the most different directions and traditions, and that process can be translated—in some ways—into situations beyond music: a new flexibility in dealing with all kinds of stylistic challenges and viewing them from an inner core of our common existence on earth. Of course, the practice of mediation is very helpful in all of this.

Don Cherry started me on the road to the CMS and things that have since followed. The time of my career which I spent with Cherry was a milestone for me. He brought me from Paris to New York and had a great impact on me. He practiced "Multi Kulti" (he coined that name) before anyone thought about making this a theme, and he had a phenomenal memory for music, an "elephant memory," as Ornette called it. At that time in Paris, in the late '60s, we played every day. There were daily rehearsals with the quintet and at that time I had a lot to learn. Don would bring new pieces to each rehearsal which he had heard on his short-wave radio, from India, the Middle East, Africa and Brazil, plus new originals and pieces by Ornette who would become co-founder of the CMS and was the true mentor for me and my companion, vocalist Ingrid Sertso, in my early New York days. It was intense. Fast reactions. Total concentration was required. But it was never "heavy," always light, playful, uplifting—how I feel the music should be.

I was recently appointed Chair of the Music Department at the University of Massachusetts in Dartmouth, a job I took for two reasons. Firstly, the department is unique in having many kinds of music (classical, jazz, world music, electronics, all under one roof with some great teachers). We are developing a unique program there that incorporates the "Basic Practices" (Elemental Studies) and other CMS-type features, such as residencies, workshops, crossover projects, performance/recording orientation, teacher training and summer programs. Music is part of the College for Visual and Performing Arts, so interdisciplinary work is a growing topic there. Secondly, the University and the Creative Music Foundation, Inc. is in the process of creating a special University Center for the Creative Music Studio, for research and communication projects and a CD/DVD label. The CMS goes to college! It is quite a unique situation.

For me, what is important in the music today is its power to open doors, expanding our senses of space and creative relaxation, giving us time to breathe, leading us to unexpected dimensions in a playful way and moving listeners. The opportunities for creative musical communications presently seem to be diminishing. I am grateful that CMS's vision hopefully will be accessible to coming generations.