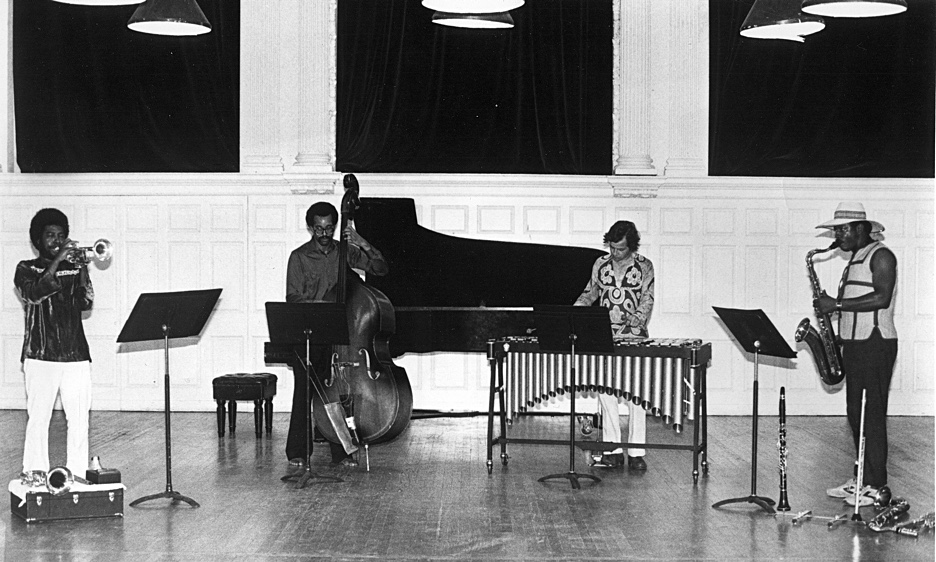 By DANIEL BARBIERO
July 8, 2019
Sign in to view read count
The late 1960s through the 1970s and '80s were difficult years for jazz and jazz-derived improvised music, but they were also years that saw musicians—by necessity—respond to these difficulties with creative solutions. With first the rise and then the commercial dominance during those years of rock music and the corresponding eclipse of jazz, creative musicians in various parts of the country began to organize themselves into artist-run groups in order to ensure the survival of the music both commercially and creatively. Perhaps the best known of these artist collectives is the Association for the Advancement of Creative Musicians (AACM), founded in Chicago in 1965 and still active today, but other cities were home to similar groups: the Black Artists Group in St. Louis; the Pan-Afrikan Peoples Arkestra/Underground Musicians Association in Los Angeles; and the various cooperatives and partnerships formed by musicians associated with the so-called loft scene in New York. New Haven, Connecticut also was home to an active, artist-run group of its own: the Creative Music Improvisers Forum (CMIF).

As in Chicago, St. Louis, Los Angeles and New York, in New Haven improvised music informed by the avant-garde or free jazz aesthetic was at the margins of a larger jazz scene that was itself becoming commercially marginal. At the same time, though, it was a music undergoing a creative ferment that was specifically tied to its location. South Central Connecticut in the 1970s was home not only to Yale, whose students included Anthony Davis, Jane Ira Bloom, George Lewis and others who would contribute significantly to the development of new improvised music, but also to Wesleyan University in nearby Middletown, which since the early 1960s had been developing an ethnomusicological program—a program that would exert a notable influence on creative musicians interested in exploring the traditions of non-Western musics. It was also the place where a critical mass of forward-thinking musicians happened to emerge. Some were local professionals, some were professionals from elsewhere, some were students, but all shared an interest in new developments in improvised and composed music and in the supporting social infrastructure that was beginning to be built by creative musicians around the country. Among them were the five founders of CMIF: trumpeter Leo Smith (before he adopted the name "Wadada"); vibraphonist Bobby Naughton, saxophonist Dwight Andrews, double bassist and multi-instrumentalist Wes Brown; and percussionist Gerry Hemingway.

Smith was a major catalyst not only for forming CMIF specifically, but more generally for bringing together and inspiring like-minded artists in the New Haven area. Of the collective's principal figures, he had probably taken the most circuitous route to New Haven. Born in Mississippi, he went to Chicago in 1967 after serving in Army bands that toured Europe and the United States. His time in Chicago would prove to be pivotal not only for his personal development as an artist, but for the New Haven scene he would eventually help to galvanize. For, shortly after his move to Chicago, he became a member of AACM. His experience in that collective was critical for demonstrating how artists could form an effective, mutually supportive community to sustain themselves and their artistry in challenging circumstances. One lesson he took away from Chicago was that the individual artist, if he or she were to thrive precisely as an artist, must necessarily be involved in the collective life of the larger community.

While in Chicago, Smith worked closely with Anthony Braxton and Leroy Jenkins, with whom he formed the Creative Construction Company. In 1969, he moved to Paris with Braxton and Jenkins and stayed for a year, giving performances and making recordings with them and with other musicians who happened to find themselves there, the Art Ensemble of Chicago among them. After returning to America he relocated to the New Haven area, in 1972.

Not long after he settled in Connecticut, Smith began to work with some of the younger musicians he met there and who he felt shared his attitudes toward music. He formed what was to be the first of his long-term groups, New Dalta Ahkri (sometimes called New Delta Ahkri), with pianist Davis, bassist Brown, and drummer Paul Maddox (later known as Pheeroan AkLaff). The group would go on to make several recordings that Smith put out on his own Kabell label—happily, all four LPs, along with some previously unreleased recordings, were reissued by John Zorn's Tzadik label in 2004—and to feature a flexible membership that would include saxophonist Oliver Lake, Naughton, and others. It was during this same period that Smith also got involved with post-secondary education, teaching improvisation during the 1975-1976 academic year at the University of New Haven and studying ethnomusicology, particularly the musics of West Africa, Indonesia and aboriginal North America, at Wesleyan.

Naughton started out closer to New Haven. Originally from Boston, he played piano as a child, and prior to an Army stint in the 1960s, played keyboard in rock bands. In 1966 he switched to vibes and shifted his attention to free jazz, which he discovered through his manager's record collection; within a few years he was playing with clarinetist Perry Robinson and studying George Russell's theory of Lydian tonal organization. By the early 1970s he, too, was in New Haven, where he formed a friendship with Smith and played in New Dalta Ahkri.

Originally from Detroit, Andrews studied classical clarinet at the University of Michigan, where he earned a master's degree in woodwind performance. It was as part of the school's marching band—playing in it was a requirement under the terms of his scholarship—that he took up saxophone. After Michigan Andrews came to New Haven to begin studies at the Yale Divinity School, where he obtained a Master of Divinity degree in 1977. While at Yale he led a kind of double life, studying theology on the one hand, and continuing to play music on the other. He formed the band Déjà Vu with fellow Detroit native akLaff, vibraphonist Jay Hoggard, keyboardist Nat Adderley, Jr. and vocalist Phillipa Overstreet; akLaff remembered it as a "hip" R&B cover band that, at one Yale gig, found itself on the same bill as a trio led by Leo Smith.

Brown, a multi-instrumentalist playing double bass, percussion and flute had, like Smith, studied ethnomusicology at Wesleyan. In the early 1970s, he was playing in groups with Anthony Davis and trombonist George Lewis, who was then at Yale working toward a degree in philosophy. It was through an ad that Hemingway placed in Rolling Stone magazine in 1972 that Brown and he met; the drummer was seeking a bassist and pianist for a trio inspired by the example of Chick Corea's album Now He Sings, Now He Sobs. New Haven native Hemingway had been a professional drummer playing jazz and bebop since dropping out of school at age 17; now, through Brown, he met Davis and began playing in Davis' group Advent. Shortly after, Hemingway went to Boston to the Berklee College of Music but soon dropped out and returned to New Haven, where through Davis he met Smith. It was also during this period that he audited classes at Wesleyan and took private lessons in West African drumming from Wesleyan adjunct professor Abraham Adzenyah, and studied South Indian drumming with mridangamist Ramnad V. Rhagavan, a Wesleyan artist-in-residence.

By the mid-1970s, then, an informal network of creative musicians was in place in New Haven. All that was needed to solidify it was a stimulus. One such stimulus came by way of a 1975 concert dedicated to the music of Duke Ellington. The performance had gone well and helped convince some of the participants of the desirability of perpetuating its success in a more permanent form. And in fact the ensemble that had been put together for the occasion, which called itself the Creative Improvisors Orchestra, would go on to become CMIF's associated performance group.

More generally, the idea of starting an artists' organization seems to have been in the air, given the difficulties facing New Haven's creative musicians in finding work and in disseminating their music. In an interview published in the September, 2014 number of The New York City Jazz Record, Naughton recalled that he and some others had talked about doing something to promote working opportunities and to get their music out to a broader audience. That something turned out to be CMIF.

The Creative Musicians Improvisors Forum was formally organized in March, 1977 as a non-profit educational entity. The new organization quite naturally took the AACM as its model—Smith, describing CMIF in a 2014 oral history interview for the California Institute for the Arts, likened it to having sprung from a seed given off by the AACM that had fallen to the ground in New Haven. Double bassist and Connecticut native Mario Pavone, an early member, recalled in a 2002 interview that Smith was CMIF's "guiding force" and that the New Haven organization's principles were "loosely based" on those of the Chicago collective. With a racially mixed membership that numbered up to twenty at a time, CMIF could fairly claim to be representative of the diverse local creative music community. The organization attracted federal funding as well as Connecticut state money; private support came from local businesses. On the program side, CMIF formed alliances with other arts organizations, the Hartford Jazz Society among them.

Once established, CMIF set out an ambitious agenda that found expression in Smith's "CMIF: Toward a World Music," a manifesto which also served as the liner note to the group's LP The Sky Cries the Blues. In the manifesto Smith articulated a program of self-reliance and collective action intended to support members' creative and career development. Clearly inspired by the example of the AACM, the group was envisioned as a body that would "sponsor, encourage and promote the production and performance" of its members' musical activities by staging concerts, issuing recordings and commissioning new work. As CMIF's performance unit, the Creative Improvisors Orchestra was the collective's vehicle for getting its members' work played. The group also established a record label and publishing company. The Sky Cries the Blues, recorded in Southbury, Connecticut in 1981 and issued in 1982 with the catalogue number CMIF Records 1, appears to have been the label's sole release. 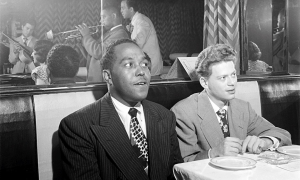 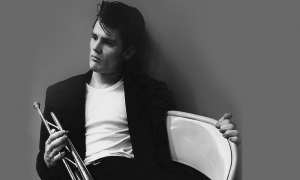 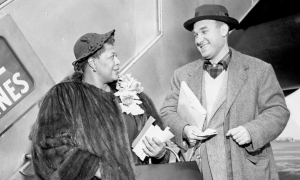 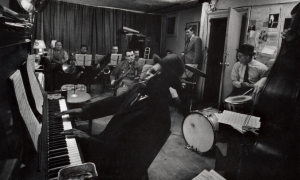 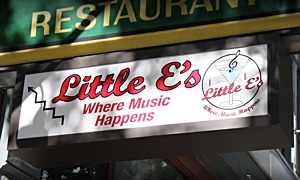 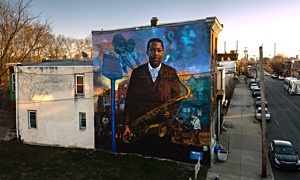