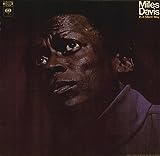 In March of 1969, Miles Davis told Washington Post journalist Hollie West, "I have to change. It's like a curse." Not only did Davis live up to his Picasso-like evolution in 1969 with the power of a "curse," but his music held the jazz and rock worlds with a spell-binding voodoo.

Nowhere in the Davis discography between 1967 and 1975 is Davis' relentless quest for new sounds more evident than in this (re)issue of The Complete In A Silent Way Sessions. This three-cd set includes music from the fall of 1968 to the early winter of 1969.

This fertile period is often overlooked by Davis fans because a lot of the material was previously unissued or rejected by longtime Columbia producer Teo Macero. Another reason why the music on these sessions is hard to find is because some of the material was released later in the seventies on albums like Water Babies, Directions, and Circle In The Round.

The music on In A Silent Way sounds as groundbreaking in 2003 as it did in 1969, probably because the ambient feel of these sessions forms part of the foundations of contemporary techno and hip-hop music. But more importantly, the music in these sessions created a whole new genre of jazz dubbed fusion which turned jazz, rock and world music into amplified musical tapestries.

Highlights of The Complete In A Silent Way Sessions display Davis' uncanny sense for minimalism in his solos and dual improvisations between legendary Fender Rhodes pianists Herbie Hancock and Chick Corea on the Wayne Shorter composition "Two-Faced." Throughout these sessions, the listener will be taken back to a time in jazz history when Davis was creating a dividing line between acoustic and electric jazz by employing new faces in jazz like bassist Dave Holland and guitarist John McLaughlin, who had strong musical backgrounds in British blues and jazz bands.