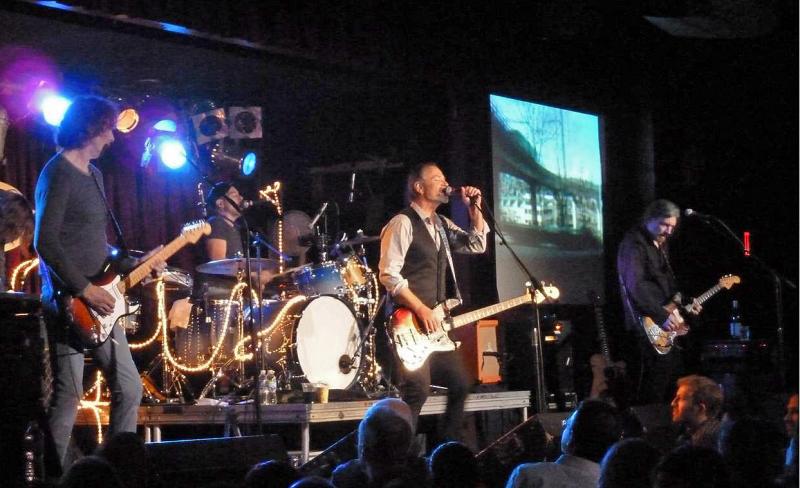 Three decades of The Church revisited in three classic albums. When Australia's The Church was scheduled, on Thursday, February 17, 2011, to perform Untitled 23 (Second Motion, 2009), Priest = Aura (Arista, 1992) and Starfish (Arista, 1988) in their entirety, it became special event, representing, as they do, classic releases from each of the band's three-decade existence.

The evening began when Matt Pinfield—longtime MTV host and current co-host of New York radio station WRXP's morning show— stepped onstage to introduce and gush about the band. Telling the crowd that they were in for a treat, Pinfield soon gave way to Steve Kilby (vocals, bass and guitar), Marty Willson-Piper (guitars, bass and vocals), Peter Koppes (guitars, bass and vocals) and Tim Powles (drums), who, in front of a set bathed in red lights, dove right into the aural, spacey, hazy odyssey that is Untitled 23. Beginning with "Cobalt Blue," moving on to "Pangea," "Happenstance" and "On Angel Street," and working their way through "Anchorage" and on to CD's last track, "Operetta," the vibe coming of the stage was electric, and the interplay between the players contagious. The crowd was completely enraptured and fed off the mood.

>After a short intermission and a change of clothes, the band returned to to perform Priest = Aura. When originally released in the US, The Church didn't tour, so for many in attendance, this was their chance to finally hear the album live. Always a fan favorite, Priest = Aura opened with the anthemic yet atmospheric "Aura." The band then proceeded to roar through the remaining thirteen tracks on this should-have-been-huge disc. Easily the band's most cohesive and complete offering, Priest = Aura features strong lyrics, powerful music and mesmerizing vocals. "Ripple," which followed "Aura," was a meticulously performed piece of pop perfection—after all, it was the album's original single. Additional highlights included "Kings" which could easily be mistaken for a lost U2 track; "The Disillusionist"; the trancey, dancey "Feel"; and "Swan Lake." In a very nice touch, Kilby introduced the crowd to Jay Dee Daugherty, sitting in the VIP section, who co-wrote most of the album and played drums on the recording. 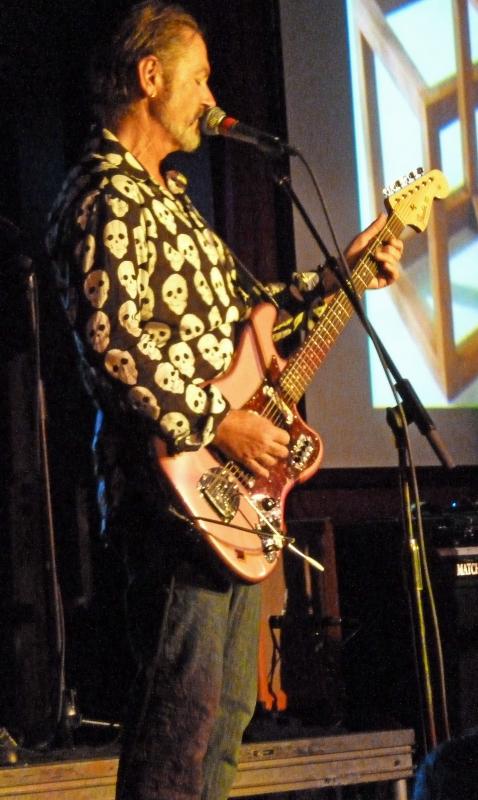 After another fifteen-minute intermission, the band returned with yet another change of clothes. The stage and drum set were wrapped/bathed with strings of white lights, making it look like a sort of grotesque Christmas tree; the music played during this set, however, was anything but. Starfish was arguably The Church's finest critical and commercial moment in the United States. Propelled by the infectious single, "Under The Milky Way," the album peaked just outside the Billboard Top 40 at #41, while the single peaked at #26 on the Top 100 and #2 on the Mainstream Rock charts. A second single, "Reptile" reached #27 on the Mainstream Rock charts. Beginning with the underrated "Destination," the crowd was immediately caught up in a time-warp and transported to the late-'80s. The haunting, elegant, ethereal "Under the Milky Way" soon followed, and the audience was again eating out of The Church's hands. Other highlights included: the rocking "Spark"; "Reptile," which lived up to its name with its snaky slithery guitar; "North, South, East and West"; "Antenna," featuring mandolin; and "Blood Money." Almost 25 years following its original release, Starfish still proved to be an excellent example of perfect alternative pop-rock.

The band's performance, during each of the three sets, featured slightly different yet discernable instrumentation and vibe. This shift worked so well that it became immediately apparent how the clothes were not the only between-set changes. Each song was perfectly executed, each intricate guitar, keyboard and bass line fitting so well.

In 2010, The Church was inducted into the Australian Rock and Roll Hall Of Fame. Judging by the sold out New York City crowd's reaction to the performances during each of its three sets, this underappreciated band may just wind up in the Cleveland Rock and Roll Hall of Fame and Museum as well.