By NENAD GEORGIEVSKI
June 9, 2011
Sign in to view read count 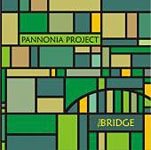 Project marks a new direction for bassist Vlada Samardžić in many ways. It is his debut as an author and bandleader, and also marks his parting with the band he was long associated with, The Vasil Hadžimanov Band. This project has been brewing for some time, as Samardžić as a regular member of the highly active VH band, a sought-out session player, and a bassist-for-hire by pop musicians in his native Serbia. The lineup features Samardžić on electric bass, the exciting Kristijan Mlachak on tenor and soprano saxophones, trumpet virtuoso Marko Djordjevic, and the secret weapon, drummer Petar Radmilovic.

Within this context, the title, The Bridge, bears various meanings. On a personal level it marks a connection between Berklee College in Boston and Samardžić's native Novi Sad. Most of these compositions were written during his stay at Berklee. The bridges have always been a symbol of Novi Sad, but even more so when, in 1999, most of them were torn down during the unjust NATO air raids. Novi Sad in Vojvodina (or the Panonnian region) has always been regarded as a crossroad, a melting pot for different cultures living in that region, and the bridge was always seen as a symbol of coexistence. In this context it also symbolizes the variety present on this album.

As a composer and arranger, Samardžić shows a broad taste for styles from Latino-influenced to straightforward hard bop jazz. It kicks off with the Latin-tinged cracker, "Vojvođanska zakuska," that overflows with stunning instrumental interplay between the brass and rhythm section. While any hint of Latino rhythms are relatively unknown in Samardžić's previous work, experienced drummer Petar Radmilović is by no means a beginner in that domain as he did plenty of that with Vlada Maričić's trio on Romano Cubano (Mascom Records, 2005), and Dobrovoljno kovačko društvo, a band that backed the late gypsy singer Šaban Bajramović on his Romano Raj (Hammer, 2007). The Latin feel continues on "Furuna," one of two tracks written and arranged by pianist Aleksandar Bahun. Throughout, the rhythm section keeps the rhythms both propulsive and highly inventive.

"Kindergarden" is a mid-tempo piece with a bit of Donald Byrd feel. Petar Radmilović is in fine form here, his drumming really accenting the piece well. It also shows off Mlačak's rich tenor.

In general, this group of musicians meshes completely and beautifully. With this much talent, the music could have easily been lost in a clinical exhibit of technique; instead, there are many transfixing moments. "Past Back" is memorable ballad, and it is trumpeter Marko Đorđević who really gives this piece its color and texture. It elegantly paints a wistful portrait, with a sense of space that avoids being overly lush.

A highly enjoyable disc, The Bridge is well-played, and should appeal to a wide cross-section of jazz fans.