By CLIFFORD ALLEN
December 22, 2010
Sign in to view read count 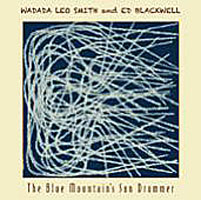 Since the Ornette Coleman Quartet's The Shape of Jazz to Come (Atlantic, 1959), the trumpet's historical bar in creative music has been set in great part by Don Cherry. Not that Cherry's way was the only way and, in fact, the work of Bill Dixon, Donald Ayler, Lester Bowie, and a few others certainly paved significant directions for the instrument's place and growth in the ensuing decades. But Cherry, even as his language was a condensed, rambunctious and decidedly expansive nod to Central Avenue bebop, inspired a reassessment of phrase and space, especially in the piano-less groups which flourished in the "free" Sixties.

Though Cherry and percussionist/frequent collaborator Ed Blackwell each made statements in their oeuvres more powerful than the BYG Actuel double-LP set Mu (recorded at Studio Saravah in Paris in 1969), these two records began to show a side of Cherry's work that many had not yet heard—specifically his embrace of non-Western music. Seventeen years later, Blackwell and trumpeter Wadada Leo Smith—another artist whose work has expanded the instrument's reach—waxed a series of ten duets for Brandeis University Radio in Boston, finally seeing release now as The Blue Mountain's Sun Drummer, on Smith's revitalized Kabell Records imprint.

Smith's sense of orchestration has always seemed entirely different from Cherry's, whether in a solo or group context. The phrasing of both sound and silence, ever natural, has always appeared utterly poised, pinched and cutting front-porch paeans to downriver ancestry wrapped into a massive, fluffed whole. But it would be difficult to look at this set of duos without thinking of Mu, even when conscious of the contrast between the pairings. Blackwell obviously plays quite differently with Smith, in a fashion that's certainly pared down from the lickety-split continual reorganization of rhythms encountered on Mu. That said, subtle gradations of circular rhythms and breathy imperfect stutters on "Seven Arrows in the Garden of Light" are a perfect example of how incredibly delicate and masterful his forms are. While Smith's approach to rhythm deals with an entirely different type of patterning—contrasts in short succession implying movement and building towards a curious sense of mass and structure—Blackwell's skeletal support provides an alternative, cyclical interpretation of rhythm units.

Of course, Blackwell's playing is full and nearly explosive at times, swaggering through "Buffalo People: A Blues Ritual Dance," on which Smith's unwavering, steely tone is both call and soliloquy, slicing across an easy, rolling swing. Slash and chatter become "Albert Ayler in a Spiritual Light," the most Mu-esque improvisation here, though the trumpet blasts are thicker and perhaps hotter. Comparison doesn't—or shouldn't—serve the Smith/Blackwell duets too much; they're clearly setting their own series of vibrations, what with the interspersed soul-poems and kalimba-rimshot fragments offering curious interludes among a singular, albeit subtly shifting brass and percussion dialogue. Whatever the reason for its nearly quarter-century absence from the available discography, it's fantastic to have The Blue Mountain's Sun Drummer present today.