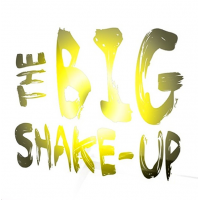 On first hearing Rusell Bennett's opener, the boisterously funky "Don't Block The Box," it's seems tempting to compare this tight brass heavy British octet with the considerably larger Loose Tubes ensemble. But the comparison is inaccurate for several reasons. The compositions (three are by Bennett) are relatively straightforward and certainly make less demands on an audience than Django Bates's more cerebral and labyrinthine inventions. That's not to say this band offers purely simplistic music, which they most certainly do not. Then there is the question of instrumentation. Here we have an octet minus any chordal instruments and the bass notes are supplied by the more eccentric deployment of a sousaphone. Whilst effective for the most part, the sousaphone doesn't possess the legato characteristics of a string bass. No matter, since sousaphones or tubas were utilised in the very earliest jazz bands.

On Dave O'Higgins's lively title track, tenorist Sam Bullard supplies an appropriately vibrant solo, closely followed by Jon Stokes on trombone. Although the oom-pah of the sousaphone does tend to pall at times, on the plus side it provides an effective, juxtaposing textural contrast. The Holiday/Herzog classic "God Bless The Child," arranged by the redoubtable Callum Au, is very impressive and guest vocalist Sharleen Linton executes a truly remarkable and moving rendition of the song that Billie Holiday made famous.

The penultimate track, "On The Move" penned by Bennett, is a slower affair embellished by majestic ensemble passages, affording an opportunity to hear a subtler side of this band, with solos by Jean-Paul Gervasoni and Gavin Broom. The closer, also by Bennett, is an Eastern sounding number aptly entitled "Bhangra And Mash." This number is actually the most engaging and portrays the band at their most adventurous and here the reverberating oom pah dynamic of the sousaphone works extremely well and over which Sam Bullard provides a suitably serpentine soprano sax solo.

Formerly known as Bad Ass Brass, this London-based group of seasoned musicians has produced an EP of over half an hour in length (actually 33 minutes), the duration of a modestly endowed album. But sometimes it makes a refreshing change not to have to listen to a full 79 minutes of a CD often packed with extraneous and forgettable music. Often less is more and this eponymously titled recording is one such example. It's an indisputably good debut album and for an eight piece outfit they really do produce a big shaking sound.

Don’t Block The Box; Big Shake Up; God Bless The Child; On The Move; Bhangra And Mash.

About The Big Shake-Up