Louis Armstrong: The Best of the Hot Five and Hot Seven Recordings 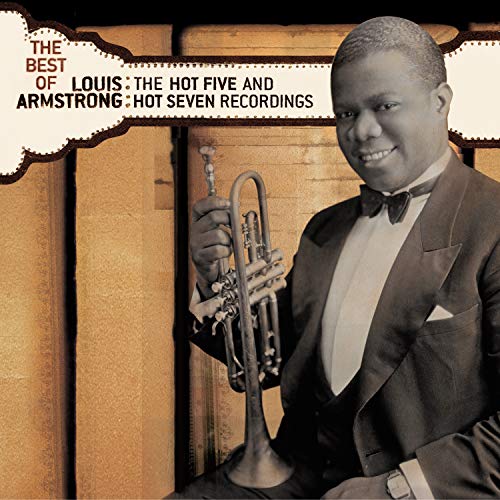 Last year bore witness to one of the most exciting box-sets in a long time when Sony Legacy released “The Complete Louis Armstrong and the Hot 5 and Hot 7 Recordings.” This box commemorated the 100th birthday of one of the world’s greatest musicians, artists and innovators in the early period of his career. For those that couldn’t afford the fifty dollar price tag, Sony Legacy hasn’t forgotten about you either, as they have compiled a ‘Best of’ for the box-set.

While not as comprehensive as the four CD box set, “The Best of the Hot 5 and Hot 7 Recordings” cover the remarkable period of music created by Louis Armstrong between 1926 and 1928. Armstrong had just left his mentor King Oliver and His Creole Jazz Band to pursue his own career and his own voice. After a few session dates as a backing musician with artists such as Ma Rainey and Bessie Smith, Armstrong began to record under his own name in February of 1926. His first recording, which is included in this collection, of ‘Heebie Jeebies,’ is often sited as the first recording to include scat vocals. Scat vocals would become a major feature in jazz singing, as it provided the vocalist a chance to improvise and would have a profound influence on the next generation of vocalists, such as Ella Fitzgerald and Sarah Vaughan.

This collection also documents an important period in recording history as studios and record labels began to switch from acoustic recording to the clearer and more aesthetically pleasing electric recording. With electric recording, the listener is provided with a well-balanced mix of the band and can easily hear Armstrong.

While other landmark or recordings that have become standards are included on this collection, such as “Potato Head Blues,” “Strutting with Some Barbecue,” and “Basin Street Blues,” there are many other recordings that should have found their way on to a release referred to as “The Best of.” Sorely residing in absentia include “Big Butter and Egg Man” and one of the greatest instrumental recordings in jazz “Cornet Chop Suey.” It is very hard to pick just eighteen tunes from this era, but these two should have found their way onto this collection.

Overall, Louis Armstrong’s “The Best of the Hot 5 & 7 recordings” provides a wonderful snapshot into this exciting period in music history and one of its greatest artists.