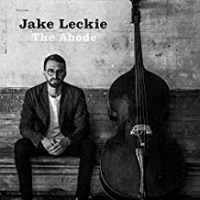 Bassist Jake Leckie, born in Boston but currently living in Los Angeles, describes the eight songs on this, his first album, as "a meditation on migration, understanding and empathy." He says they pay tribute to the people and places that have contributed to his identity and are intended to evoke a sense of place and home—his very own abode.

He took the title from Alice Coltrane's concept of heaven, the Supreme Abode, as described in her memoir, Monument Eternal. He says: "This is not a political record, but I do believe it is important for us to realize that we are all migratory people. Through this project, by exploring my roots, I see where I came from and have empathy towards those leaving their homes, searching for a better life."

The title tune opens with a string quartet that includes the highly talented Japanese violinist Tomoko Omura. It is soon replaced by another, more jazzy constellation of the personnel, fronted by Kenny Warren's excellent trumpet. Next: the leader coming on like Charles Mingus.

"Negev," one of the most interesting numbers, adds a Biblical element to Leckie's searchings. He says it was inspired by Abraham's journey through the Negev desert after he was banished from Egypt. Little of this is discernible in the song, which moves along at a fair lick, posing the question: Did Abraham dance the boogaloo? Warren's trumpet states the theme, then Sebastien Ammann takes over on piano, before Warren returns for the conclusion.

"Metis" is a rip-roaring swinger with no need for spiritual credentials. Though, if he did dance, Abraham would surely have gotten off on this one.

"Morning Sound" is a soulful piece, opening with Ivey Paige's organ. Warren takes over on trumpet before the multi-talented Leckie leaps in and goes to town on bass—a jazz star is surely born.

"After The Flood" features a vocal by 17-year-old Alexis Morrast, from Plainfield, New Jersey, a two-time winner of Amateur Night at the Apollo. The song, written by Leckie's wife Rebecca, tells the story of a love affair, one with a beginning, a middle and an end, but no tears.

Strangely, Leckie dedicates it to the people of Houston and Puerto Rico who are recovering from natural disasters.

Title: The Abode | Year Released: 2019 | Record Label: Outside In Music