The 606 Jazz Club in London 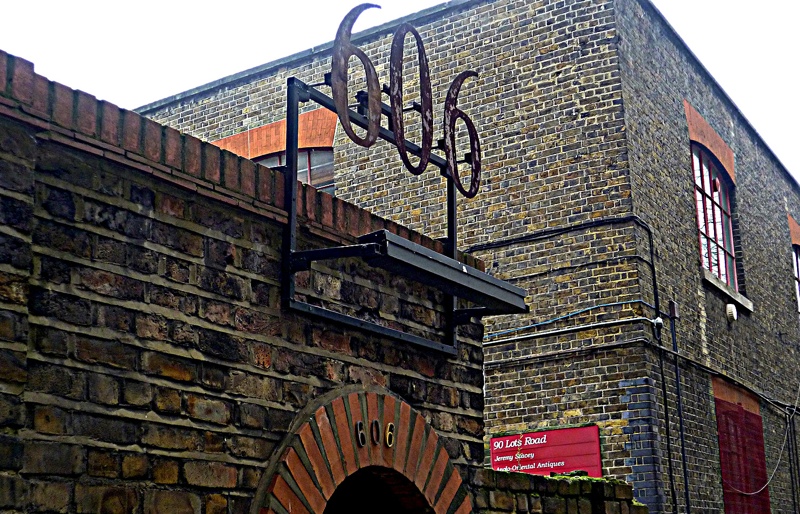 By ROB ADAMS
November 4, 2014
Sign in to view read count
Ronnie Scott used to joke that the food his jazz club in Soho, London served was delicious because "fifty thousand flies can't be wrong." Four miles west, at the 606 Club in Chelsea where Steve Rubie oversees a business that's one of the biggest employers of jazz musicians in the UK, with a programme that features ten bands a week, a gastronomic theme also emerges.

Rubie and "the Six," as it's affectionately known, have a working history that dates back to the early 1970s when, as a student who had decided that playing the flute had more appeal than studying dentistry, Rubie needed a job. He'd been going to the club since he was still at school and knew about its emergence in the 1950s as a small jazz club that swam with the folk music tide in the 1960s before becoming the sort of basement where jazz musicians were encouraged to hang out rather than hired. And when its then proprietor told him he was looking for a chef, Rubie said, "I can do that."

He got the job, trained himself as he went along, working in the kitchen from 10:30pm into the early hours while studying at Trinity College of Music during the day, and as he says, "I never poisoned anyone."

Rubie had been playing music since he took up the recorder at the age of seven and tried to play the Benny Goodman tunes and Ella Fitzgerald songs that his parents listened to at home in Dorset. After he'd switched to clarinet he heard Django Reinhardt and Joe Pass courtesy of his guitar playing older brother and he moved to guitar also. Flute and eventually saxophone followed as he became a working musician, which he continues to be and which gives him the benchmark that he uses to gauge prospective guests at the Six.

As much as he loved the music, however, running a jazz club had never been in his plans and when, in 1976, the Six's then-proprietor asked if he fancied taking it off his hands, Rubie replied, "Not a chance."

In those days the Six was actually situated at 606 Kings Road. It was licensed to accommodate thirty customers, had an open fire that burned logs in the autumn and winter months and would have been nobody's idea of a potential goldmine. Rubie's predecessor's powers of persuasion prevailed, though, and with a deal that involved Rubie covering the outgoing licensee's alimony payments for three years, he became mine host.

And a popular host he became too. The premises didn't take much filling, especially on weekend nights, but under Rubie's management the Six thrived. Musicians loved it. They'd go there to socialise after gigs even when they weren't playing there and it became a regular after hours rendezvous point. It wasn't without its stresses—not the least of which were caused both by its limited capacity and the numbers that were turning up—and Rubie was actually thinking about moving to somewhere bigger when, in 1987, the owners served notice that they were going to redevelop the building.

"I looked at a couple of places, one of which I actually bought and quickly sold on, which gave us some working capital," says Rubie. "Then a friend of mine, who was in the property business, said he'd come across this basement in Lots Road. It was literally round the corner from where I lived and I could almost see it from my window."

A former rehearsal room that had latterly been a recording studio but had been allowed to become derelict, the basement was in an ideal location but needed a lot of work—including having its own drains dug—and had no gas or electricity. It took nine months to fit it up and in May 1987 the Six reopened in its current premises. Initially it was licensed to hold seventy but gradual expansion into offices on site that were originally let out to bring in income has seen its capacity rise to 175."

"The first ten, twelve years after we reopened were a struggle," says Rubie. "Nobody gets into running a jazz club to make a fortune but we were losing money and I wasn't a trained business person. So I took a course in business management and we got the club into a position where it more or less breaks even—and that's essentially the aim still."

The main thrust of the club is to support local musicians although the programming policy has expanded to include American players including Boston saxophone guru Jerry Bergonzi, who is a regular visitor, and guitarist Pat Martino, whom Rubie, as a former jazz guitarist himself, describes as "delightful, a huge thrill" to promote. The Six also operates an exchange scheme that sees musicians from Hungary (Rubie has developed strong links with Budapest Jazz Club), France and Romania visit the club in return for London-based musicians playing in the corresponding countries.

"Our programming policy isn't set in stone," says Rubie, "but we do tend to have Sundays as a singers night, which can mean a stylistic variation that includes, say, Christine Tobin or someone singing jazz standards or Hamish Stuart singing his more soul-oriented material. Fridays are generally Latin or groove-based bands and Saturdays are more straight-ahead jazz. But we operate seven nights a week as well as Sunday lunchtimes and we put on two bands a night on Tuesdays and Wednesdays, so there's a lot of scope."

One concern is not to be seen as too clique-ish and Rubie tries to ensure that two new artists a month are booked. Programming ideas come from Rubie keeping an eye on what's happening on the scene generally, through recommendations from trusted musicians and staff and through musicians approaching the club, which they do in large numbers. Rubie prefers not to be inundated with CDs and would rather look at links to YouTube and other online outlets. He works closely with the Royal Academy and cites pianists Kit Downes and Gwilym Simcock as musicians who have played the club as members of student bands and been given an early chance to appear in their own right. The Six was also where Jamie Cullum was spotted and won his first recording deal.

Like many promoters Rubie finds himself booking further and further ahead these days and typically will be working three to six months in advance. His musician's antennae make him a stickler for good tone, pitch and timing but essentially he sees his and the club's role as providing a platform for jazz musicians.

"Ask me what keeps me going after thirty-seven, thirty-eight years and I'd probably say a mixture of stubbornness and stupidity," he says. "But really, running the 606 Club is what I do. I truly believe in it and I love the music, and at the end of each session, if people go away feeling that they've had a good night out or thinking, Yes, I want to go and hear that band again, then I've done my job properly and the club has fulfilled its function."