By MARK CORROTO
February 10, 2013
Sign in to view read count 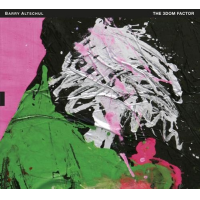 Seems of late, Mr Simon, Mr Garfunkel and the nation have been singing "Coo, coo, ca- choo, Mrs. Robinson" not for Joe DiMaggio or the deceased Ann Bancroft, but for drummer Barry Altschul. Somehow, in the 1980s and '90s we misplaced him. Actually, he moved to Europe, recording for smaller labels before he quietly returned to the US. Not that the famed drummer from the 1960s bands of pianist Paul Bley and saxophonist Sam Rivers, or '70s work with Circle, pianist Chick Corea, and saxophonist Anthony Braxton has been hiding. It's just that his work with trombonists Roswell Rudd and Steve Swell, and reed multi- instrumentalist Gebhard Ullmann has flown a bit under the radar.

That was the case until the concert with Rivers and Dave Holland in 2007, released as Reunion: Live In New York (Pi Recordings, 2012), and a subsequent outing with saxophonist Jon Irabagon on Foxy (Hot Cup Records, 2010). Both discs were noted as top releases in their respective years.

Since we are not calling it a comeback, let's at least recognize The 3dom Factor is his first recording as a leader in 25 years. Altschul and Irabagon team up with bassist Joe Fonda, the drummer's former partner in FAB Trio with violinist Billy Bang.

Nine of the ten pieces here are penned by Altschul, plus pianist Carla Bley's "Ictus." The trio spins a mixture of inside and outside playing. With Irabagon—the 2008 Thelonious Monk Institute saxophone competition winner and member of the band Mostly Other People Do the Killing—Altschul has found a kindred spirit. The saxophonist executes the intricacies of the title track with ostensible ease. Even when Altschul throws in a tricky start/stop piece like "Be Out S'Cool," Irabagon deals. The pair trades off energy surges while Fonda keeps the piece together. Where another drummer would surrender time to free jazz, Altschul keeps the music rooted between post-bop and free. This is best exemplified on "Natal Chart," a piece that could be mistaken for a Buster Keaton silent movie soundtrack. Altschul balances a circus-like sound, weaving dixieland into Irabagon's free yowls and flutter by changing the time signatures and including a veritable gunny sack of percussive textures.

Bley's "Ictus" is a blistering piece of bebop and perfect vehicle for Altschul, Fonda, and Irabagon to trade solos. They also deliver sobering ballads like "Just A Simple Song" and "Irina," two tracks that showcase a classic passion for storytelling.