Roomful of Blues: That 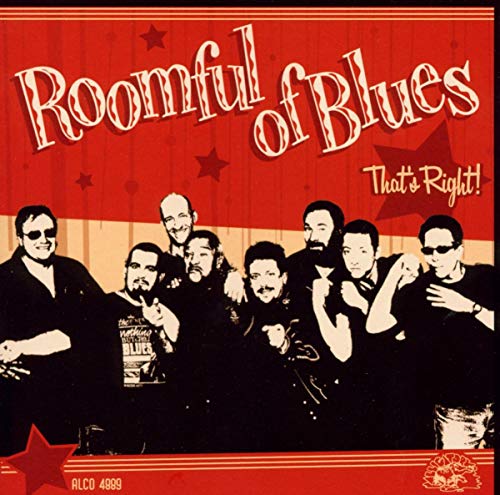 A few numbers: 40 band alumnae, 35 years, 16 albums, 4 Grammy Award nominations, and 2 W.C. Handy Awards since the group was founded by keyboardist Al Copley and guitarist Duke Robillard. Roomful of Blues’ resume includes Joe Turner, Jimmy Witherspoon, and Eddie “Cleanhead” Vinson and was once called “the hottest blues band I’ve ever heard” after a gig supporting no less an authority than Count Basie.

Just like the group personnel, this new album blends new and old material together into a mixed bag of straight blues, jump blues, hard swing, and rock & roll. ROB bounces through lots of up-tempo material from T-Bone Walker (“I Know Your Wig Is Gone”), Little Milton (“I’m Tryin’”), and Elmore James (“Stranger Blues”), plus songs popularized by Turner (“Lipstick, Powder and Paint”) and Big Maybelle (“Ocean of Tears”).

Close your eyes and crank it up, and you’ll swear you’re crammed in a hot and steamy club. “Wig” shakes, rattles and rolls true to the earthy yet gentlemanly spirit of Walker, one of the true founding forefathers of blues. They downshift into slow-rolling blues just twice and each time Vachon’s guitar ignites blazes, almost overpowering the entire ensemble, burning like Albert King on “How Long Will It Last?” and like Albert Collins on “I Just Got To Know.”

About Roomful of Blues