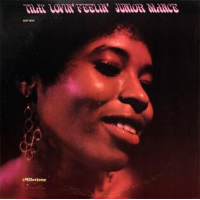 Along with stylists such as Gene Harris and Bobby Timmons, pianist Junior Mance is too frequently thrown into a category of players put down for using the blues and other implicit forms that speak directly with their audience. The fact is, Mance can be a deftly imaginative artist whose best work can be heard on a series of excellent albums he cut for the Riverside/Jazzland logos in the ‘60s. The most unusual of the bunch would be 1962’s The Soul of Hollywood (the first set contained on this two-fer), which sports Mance and his trio as backed by a full orchestra and the charts of the uniquely talented Melba Liston.

Sure, there’s a gimmick here and one that was very popular during the ‘60s, that is, covering the themes of popular movies and Broadway shows. Still, it is Liston’s finesse and Mance’s golden touch that raised the bar for what could have been a real clunker. I’ve owned several copies of the original vinyl and have always been enamored by the charming nature of this music. Now, it’s even better to hear it all in CD quality sound.

With things stripped down to a basic rhythm section, 1972’s That Lovin’ Feelin’ is solid but less distinctive by contrast. It might have been a better idea to throw in another one of Mance’s Riverside trio dates, for sound continuity alone. Still, tracks like “Mean Old Frisco Blues” and “Lee’s Lament” speak strongly for Mance’s position as one of the better blues-based players of modern times.