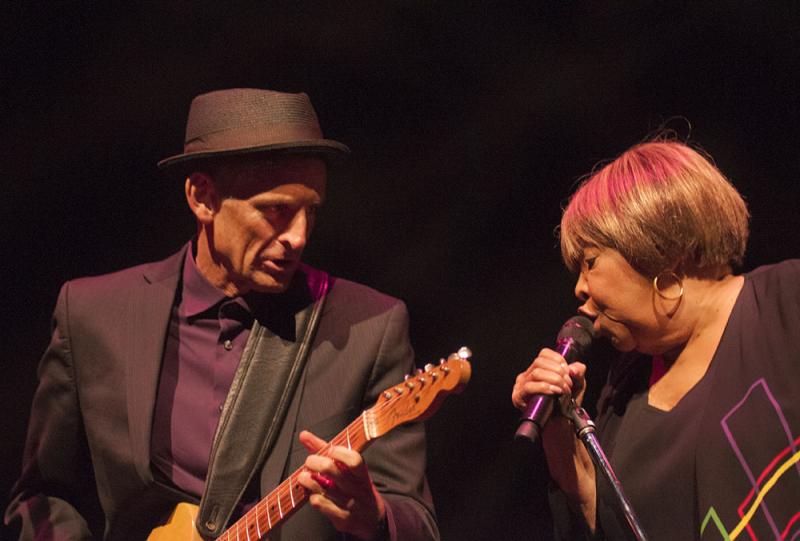 Amongst the most significant challenges that face any festival is, as the gray and no-hair crowd continues to age, finding ways to cultivate and grow a younger audience. But when you're a Canadian festival, another major challenge is a simple fiscal fact: most artists—even those coming from farther afield like Europe and Asia—expect payment in American funds, and with the Canadian loonie currently resting at about 75 cents to the US dollar, it has become a serious challenge to ensure that programming continues at the same (or better) level as it was when the two currencies were closer to par.

Thankfully—and, given that the majority of its revenue comes, rather than from ticket sales, from private and public sponsors, including various arts initiatives on municipal, provincial and federal levels—the TD Ottawa Jazz Festival, now in its 37th year, continues to exist, bringing a program that not only appeals to hardcore, longstanding jazz fans, but to a younger audience as well. One of the best steps the festival took was a few years ago, when it expanded from its use of the downtown Confederation Park (abutting the beautiful Rideau Canal) to also include a second open space across the street, part of City Hall. There, the festival began a new, late night series (shows starting at 10:30PM, when many of the older crowd are heading home) called the OLG After Dark series, in a large tented structure called the Tartan Homes Stage, where acts more specifically aimed at—but by no means exclusively—the younger demographic that is so important.

Since first starting the series it has grown into one of the festival's more popular series, and with acts this year including The Lemon Bucket Orchestra, Robert Glasper Experiment, Nomadic Massive, Kandace Springs and more, it's sure to continue bringing in that so important younger crowd. And with a Youth Pass that is only $99 for the entire 11-day event (for folks 25 and under), it's not just an affordable way to catch a lot of music at the After Dark series, but also to see shows at the multitude of other venues used by the festival.

Beyond the After Dark series, the Great Canadian Jazz Series and Concerts Under the Stars—both of which take place in the larger, outdoor TekSavvy Main Stage in Confederation Park and represent a longstanding double bill that shines a spotlight on popular and up-and-coming Canadian acts as they open for the main events that takes place, for the most part, at 8:30 each evening—provide an appropriate space for big ticket items (in name, not price) like, this year: Serena Rider; Kenny Rogers; Joss Stone; Maceo Parker; Caravan Palace; the late Charlie Haden's Liberation Music Orchestra featuring Carla Bley; a night of blues with Rory Block, Ronnie Earl & The Broadcasters and Canada's legendary Downchild Blues Band; and Feist.

Now, if the relative lack of jazz names in the Concerts Under the Stars series seems like a problem, fear not. While the festival made the necessary decision, in 2011, to open up its programming in the park, in order to bring in the large crowds that would help subsidize the vast array of jazz artists performing in other venues, it continues to easily pass the litmus test described in a 2011 All About Jazz article, When is a Jazz Festival (Not) a Jazz Festival?; simply put, those who want a "pure" jazz festival still have one, with far more jazz performances, each and every night—ranging from big names to lesser-knowns—than any jazz fan could possibly hope to see.

With the nearby, newly renovated National Arts Centre providing three venues—ranging in size from just under 200 to approximately 1,000—the TDOJF continues to maintain a top-drawer program in rooms that are, truth be told, both acoustically better and more comfortable for shows covering a broad range of names and styles. Just looking at Friday, June 23 at the NAC Theatre says it all: a de facto ECM night, with guitarist Bill Frisell's current duo with bassist Thomas Morgan at 7PM, followed by bassist Gary Peacock's current trio with pianist Marc Copland and drummer (and, coincidentally, past Frisell collaborator) Joey Baron. Other evenings in the 1,000-seat Theatre, also part of the festival's Jazz Warrior series, include pianist Kenny Barron, followed by the HUDSON project (an all-star, multi-generational affair with drummer Jack DeJohnette, guitarist John Scofield, keyboardist John Medeski and bassist Larry Grenadier); and a return performance from the ever-soulful Mavis Staples. Amongst the artists booked in the 350-seat Studio? Pianist Hiromi, in duet with Colombian harpist Edward Castañeda; longtime festival favorites The Bad Plus; über-saxophonist and Ottawa regular Donny McCaslin, for whom demand was so high that the festival added a second show later that evening; and Britain's Phronesis. In the smaller Backstage room: guitarist David Occhipinti's Camera Ensemble; Erin Costello; pianist Gordon Grdina's Haram; trumpeter Al Muirhead trio, featuring another Canadian legend, trumpeter Guido Basso; and Quebecois reed and woodwind multi-instrumentalist Jean Derome.

One particularly welcome move is the relocation of the late night jam session to the Lord Elgin Hotel, across the street from Confederation Park, after a few years of various venues located farther away. For those brave enough to handle sleep deprivation by attending sessions that start at 10:30PM and can go as late as 1:30AM—and, if you're a musician, the chance to perhaps share the stage with some of the festival's bigger acts—there's the opportunity to experience true "without a net" music with unplanned collaborations, hosted by a collection of local and nearby musicians including: Roddy Ellias (with local pianist Steve Boudreau taking his place on two nights); bassist John Geggie (for the most part, with Alec Walkington substituting on two nights); and drummers Ethan Ardelli, Michel Delage, Evan Tighe and Nick Fraser.

There's more. The Great Canadian Jazz Series is set to feature, amongst others: guitarist Alex Goodman; Gypsophilia; bassist/singer Brandi Disterheft; JUNO nominee Peripheral Vision; saxophonist Joel Miller, making a return to the festival after a compelling 2012 quartet set; and In Orbit, the collaborative trio featuring Bela Fleck and the Flecktones' saxophonist/flautist Jeff Coffin, Canadian guitarist Michael Occhipinti and bassist Felix Pastorius , son of the late, great bass icon Jaco Pastorius. There's also an evening where the TD Jazz Youth Summit—a collection of young, aspiring jazz musicians from across the country, who have been brought to the TDOJF for a week of workshops—get to perform on Confederation Park's main stage, in front of a large crowd.

And this is far from a complete list of the jazz events coming to the 37th TD Ottawa Jazz Festival. There are gigs for local acts at the Tartan Home Stage and new Confederation Park fountain at 11AM and 1PM most days and which, in addition to the Canadian Main Stage series, provides a chance for Ottawa musicians to be experienced in the context of a major festival.

And it's a festival that continues to be one of the very best values around, with its premium Gold Pass (which provides access to virtually every act in every venue across the 11 days for those over 25) costing a mere $327; and the less expensive (and slightly limited) Bronze Pass, coming in at $199. Single day, all-access passes ranging from $40 for the under-25s, to $50 for general audiences and the $70 platinum ticket, which provides for designated and guaranteed uncovered seating in the first few rows at Confederation Park; there's also the Platinum Pack, which allows fans to choose three separate Platinum tickets for a reduced price of $172. It's hard to find a better range of deals than that.

The festival has, indeed, brought an even greater focus on Canadian acts this year—a function, no doubt, of dealing with the far more expensive US Dollar; but that should not be seen as anything but a good thing: Canada has always had a vibrant jazz scene, but in recent years it seems to be positively booming, and so taking the chance on some Canadian acts that may be unknown to many will really be no risk—an opportunity to become acquainted with some of the country's top players, as well as a bevy of younger rising stars.

In other words, the 37th Annual TD Ottawa Jazz Festival continues to be one of the purest jazz festivals in the country, even with its relatively small number of non-jazz acts being brought in to help subsidize the smaller shows...but, even more, provide greater breadth and depth to a festival that may be a jazz festival, but recognizes that there are plenty of jazz fans out there whose tastes range farther afield.

Covering just a few nights this year before heading to the Festival International de Jazz de Montréal may be the shortest stay since first beginning to review the festival in 2004, but even those few days are filled with great music from acts known and unknown. And it's hard to beat beginning this year's festivities with the Frisell/Morgan duo, followed by Gary Peacock's trio later that same evening.

For the opening night of the festival's Jazz Warriors series, you couldn't pick a better pair of acts—both recording for Munich's lauded ECM Records and one already having released its first album in 2015 and a second due out later this summer/early fall. With Small Town representing guitarist Bill Frisell's first album as a leader/co-leader for the label since 1988's stellar Lookout for Hope—and his first album in the naked context of a duo, with double bassist Thomas Morgan—it was an inspired choice for the TDOJF to present this duo as the series' opener.