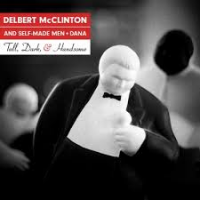 On his last album Prick of the Litter (Hot Shot Records, 2017 ), Grammy-Award winning Delbert McClinton wholly fulfilled his image as the contemporary definition of modern Texas style r&b. He certainly didn't do it alone—his band the, Self-Made Men, added savvy and soul—but the man who showed John Lennon how to blow the harmonica imbued his original songs with personal meaning that only elevated their authenticity of style. Fourteen new tunes composed by the frontman in various combinations of collaborators fuel the same combustible result here, right from the very start of "Mr. Smith," where the fusillade of Jack Bruno's drums leads to by the saucy wail of saxophonists Jim Hoke and Dana Robbins, trumpeter Quentin Ware and trombonist Roy Agee.

It's does not disparage but rather elevates Delbert McClinton's slightly hoarse but nonetheless penetrating voice. The sound of his singing tops off an arrangement that embodies the earthy combination of blues and soul for which he is best know. In a wry twist, James Pennebaker's fretboard takes prominence on "If I Hock My Guitar." That is, it would if it weren't for the barrelhouse boogie piano of co-producer/engineer Kevin McKendree, which then goes on to intersect with Stuart Duncan's fiddle on "No Chicken on the Bone." The clarinet of Hoke and McKendree's Hammond B3 organ flow briskly through "Let's Get Down Like We Used To," illustrating how diversity of arrangements, within which different instruments tickle the ears in quick succession, highlights the relative brevity of the cuts.

As on the previous record of Delbert McClinton's, the aforementioned McKendree helped crystallize the brilliance of John Hiatt's The Eclipse Sessions (New West, 2018), and with his contributions here, instrumental and technical, he perform a similar function. Rather than signify a lack of ingenuity, the variations on a simple shuffle that abound during Tall Dark & Handsome act as a focal point for the record: it's almost as if McClinton, along with co-producers guitarist Bob Britt, McKendree and musicians including the latter's son Yates on guitar, want to call attention to how grounded is their music. For instance, the juxtaposition of the similarly-titled "Loud Mouth" and "Down in the Mouth" illustrate how the former's emphasis on ensemble work and the latter's feature of enlivening solos, achieve essentially the same pithy economy.

As with those highlights, a sense of unity permeates spontaneity and thus enlivens those intervals and entire cuts such as "Ruby & Jules." These musicians evince no strain whatsoever in writing and playing such songs, but neither do they display any sense of merely going through the motions. Instead, even at the quietest moments that occur during "Any Other Way," there's a deep delight radiating from the performance, and it's all the more resonant for the restraint the ensemble exhibits (and that goes for the forthright but heartfelt lyrics McClinton himself sings there).

The Texas native's nonchalant crooning there may make that ballad the highlight of this record. At least until the New Orleans front-line rhythm kicks in on "A Fool Like Me," where the Self-Made Men posit their mastery of multiple roots genres. Without hurry or clutter, horns, keyboards and guitars ride that idiosyncratic beat, while their frontman maintains the tone with his casual lead singing: it's all of a piece. As is, Tall Dark & Handsome in toto an approximately forty minute exercise in why it's called "playing" music: unmitigate joy arises from a combination of just the right personnel, material and recording environment.

Accordingly, the slightly-darkened rumination of its penultimate track, "Temporarily Insane," only sets the otherwise sunny tone in greater relief, an effect deepened with a closer called "A Poem; " because the effortless air of what precedes would seem to (but doesn't) belie such thoughtful contemplation.

Mr. Smith; If I Hock My Guitar; No Chicken On The Bone; Let’s Get Down Like We Used To; Gone To Mexico; Lulu; Loud Mouth; Down In The Mouth; Ruby & Jules; Any Other Way; A Fool Like Me; Can’t Get Up; Temporarily Insane; A Poem .