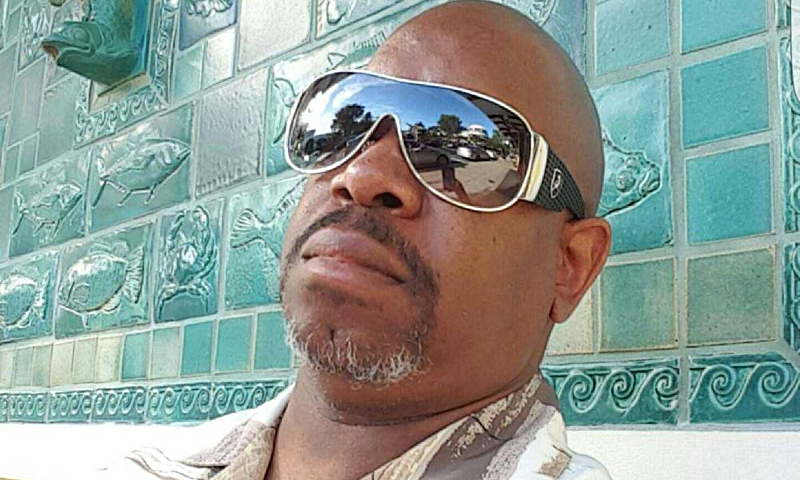 This proud Salisbury, North Carolina native grew up singing in several local churches and as a soloist. Additionally, he became the premier wedding singer. Vincent has been and still is the most sought after vocalist of his hometown area. Upon enlisting in the United States Armed Forces, Vincent was lead vocalist for the prestigious Navy Band of Newport Rhode Island from 1993 to 1999. Although his reporting station was in Rhode Island, Vincent was showcased on band tours that included big band, swing band, jazz band and rock band. These performances allowed Vince to travel throughout the country, as well as Canada and Iceland. His signature rich baritone lead vocals garnered him the moniker of The Navy Crooner.

I've had some great teachers, where music is concerned. Cynthia Pribble of Badin, NC gave me the direction and discipline to concentrate on my craft. She was very valuable with the advise and wisdom she shared. I would not have pursued music education without her support and belief in me. Once enrolled in Pfeiffer University, I had the pleasure of serving under the direction of Dr. Richard Harding Brewer (1921-2006). Dr. Brewer became my vocal instructor. He found in me a gift that would capture a specific audience. Lovers of music that include jazz standards and musicals. I honored Dr. Brewer by joining the Navy Band as a Jazz vocalist. It wasn't long before I was introduced to the works of Johnny Hartman. Although Mr. Hartman passes away in 1983, he remains prominent among upcoming jazz balladeers like myself.

I knew I wanted to become a vocalist when I was mesmerized by watching reruns of The Nat King Cole Musical Variety Show. His rendition of "Unforgettable" and "Mona Lisa" are still on my playlist. He was a true crooner.

My sound is compared to my vocal heroes. Johnny Hartman, Nat King Cole, Billy Eckstine, Joe Williams, and Frank Sinatra just to name a few. My approach is simple. Honor the great ones with great musicians and choice music.

I would love to work with Lalah Hathaway, Will Downing, Esperanza Spalding, Lori Hartman (daughter of Johnny Hartman), and Gregory Porter. My dream band consist of like-minded and committed musicians that form a quartet with vocals and occasional 3 horn section (trumpet, bone, sax).

I remember while on tour with the Northeast Navy Band in Maine, we were invited the local recruiter's house to relax and unwind after a high school show. It became dark and we were in a wooded area. Our van was parked out front. The recruiter was alarmed by his dog that something or someone was outside of the house. The recruiter grabbed his shotgun and ran outside. We heard him fire two shots and seconds later was overtaken by the smell of a skunk! The WORST part is, the skunk sprayed while under the van Oh... Our uniforms were in the van! We had to complete the tour with the fresh aroma of skunk "spray." As appropriate, we completed the tour changing our name to "Pepe Le Pew"

In 2008, Vincent was honored to have been handpicked among other talented peers to participate in the historic "We Are One" Obama Inauguration Concert, sharing a stage erected at the Lincoln Memorial with Bruce Springsteen, Beyoncé, Jamie Foxx, and other distinguished pop culture icons.

I tend to believe that I am introducing a genre of music to a new generation. In order to keep it alive, it must be carefully passed down. My style, unique to some, grabs the attention of young jazz lovers.

I'm actually very, very shy. It takes me a while to warm up to people. I survey a room until I am comfortable and then venture out and candidly strike up a conversation, if there's a shared interest. As I dig deeper into the music profession, I am learning to break from that tradition.

Interpretation is key in jazz and I think jazz is in great hands. There are jazz festivals across the country and abroad that support jazz and the audience is growing.

Continue to support it in a way that it gains national attention. It is believed that jazz is appreciated overseas more so than here in the United States. Japan and Scotland are well known for jazz venues so that local musicians can showcase their talents.

I'll be back in the studio working on my second single as a continuation of my Tribute to Johnny Hartman. I'm recording "These Foolish Things." It will be fun. I can't wait to work with Pete Chatmon again. Pete is a very talented keyboard player and producer out of Fort Washington, Md.

Believe it or not, forgetting the words! It happened to me once while touring in the Northeast. I convinced the band to play on and no one noticed but, to the day it hasn't happened again (knock on wood).

Wow! I'm guessing "I Won't Complain" as sung by Rev. Paul Jones. "I've had some good days. I've had some hills to climb. I've had some weary days and sleepless nights. But when I look around and think things over, all of my good days out weigh my bad days... I won't complain." I think of my Uncle's battle with cancer. He never complained the entire time. I want that. I'll take what the Lord gives me.

Actually, I'm not a good whistler. I could never figure that out! When I perform "Sitting on the Dock of The Bay," I pass the mic on the whistling part... LOL.

I would have to say voice-over. I love listening to inflections on TV commercials and radio. I've been told that I sound like Dennis Haysbert.

I would love to have had dinner with Nat King Cole because he started this emotion in me to want to sing, perform, look a certain way, and capture the audience. I would audition for him.