Tomko is a songwriter, singer, and saxophonist from San Francisco. His TOMKO TRIO is touring with Y. Capelle on drums, B. Ribiere on Hammond organ, and Tomko on sax and vocals. His new CD, From Miles Lane to Tchui Road, is available soon! Also, two CDs with the TOMKO QUINTET are out: Is that Jazz and Tomko Live. He was a sideman with several French names (Gun Morgan, Hot Jungle) as saxophonist and backup singer before forming his first band, Wind Crazy, in France with Frank Curier and Michel Alibo, then "Shajazz" (with Renato Cantele, Massimo Tuzza) in Italy. "Shajazz" toured with "Ella Armstrong." 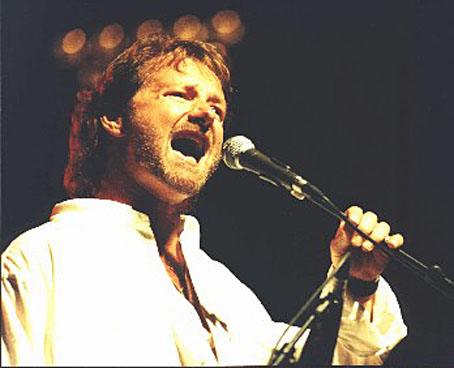 He worked with Sanginetto's group "Firefly," then "ARMED GANG" as lead singer. He recorded two top ten singles, "Keep On Groovin" and "Everybody Celebrate." He opened up one of the first private recording studios in Italy and started working with members of the Italian group "I Pooh," with Renato Cantele as sound tech. He produced and played on Il Fagocitato and Insania, plus sound track albums for films presented at the Venice film festival.

Back in San Francisco, he worked with local groups (White Teeth, Nobody Famous, Jorge Santana) then recorded first 45 under his own name (Highway 101). He formed the band "West Coast" in France which recorded 45 (West Coast, I Was a Fool). National radio airplay won them the "Jacques Brel" prize at the "Francophonies" and went on to open for "ANGE," "Hughes Aufrey" and other French name bands.

I saw Dave Clark Five with a sax.

I'd rather be a student.

Highway 101. It's the only one that makes any money!

I grew up in Kenya.

Quincy Jones, Back on the Block;

New CD and stage review for upcoming all original material.