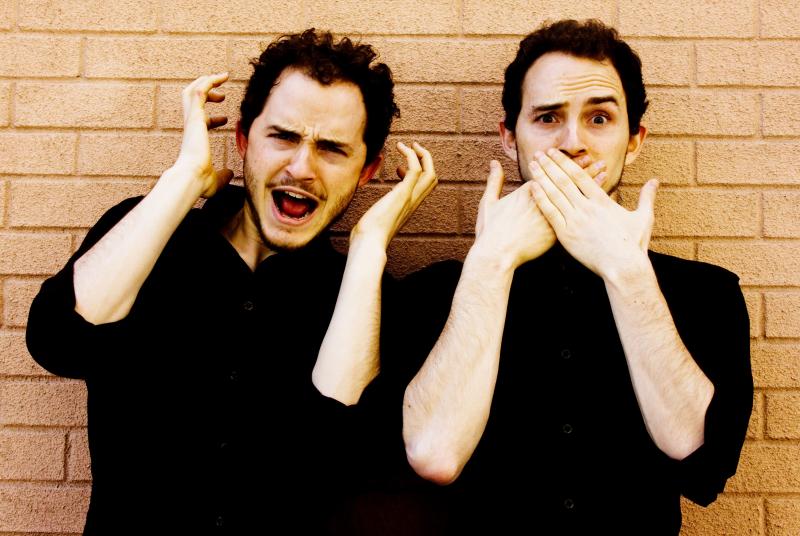 By PASCAL LE BOEUF
January 3, 2012
Sign in to view read count
Meet Le Boeuf Brothers:
Prepare to be astonished by the bold compositions and stylish approach of the Le Boeuf Brothers, jazz twins with an ear for innovation, drama, and a touch of humor. Part of a growing New York jazz scene characterized by odd time signatures, current indie rock, and the influences of artists such as Radiohead, Kurt Rosenwinkel and Herbie Hancock, Remy and Pascal Le Boeuf (saxophone and piano) play a sophisticated brand of modern jazz that, despite its complexity, remains upbeat and accessible to any audience.

"Even by the uncanny standards of identical twins, the Le Boeuf Brothers have forged a remarkably close connection. What sets them apart from other siblings who share the same DNA and a preternatural level of communication is that they practice it in public, on the bandstand, to unique artistic effect." (Metroactive).

The New York Times says, of Le Boeuf's latest album, "this group has an impressively self-assured new album which reaches for the gleaming cosmopolitanism of our present era." Their most recent album, In Praise of Shadows (Nineteen-Eight Records)—supported, in part, by a contribution from the Edward & Sally Van Lier Fund of the NY Community Trust, was released on October 18th, 2011. What differentiates this album from others is that the Le Boeuf Brothers continue to sculpt their compositions after the initial recording process using modern production techniques, remixing, and layered arranging/recording methods. Additionally, the CD includes both sheet music and audio stems of the recordings to remix, as well as a short video. This new direction lays the foundation for the next decade of jazz innovation.

I knew I wanted to be a musician when...
We used to play for tips at a local farmers market in Santa Cruz, CA where we grew up. It was something we could do together that wasn't competitive, but creative and had a positive effect on the community. Things got more serious when we started composing and improvising, and we realized it was what we wanted to do for the rest of our lives.

Your sound and approach to music:
We are very conscious of sound, texture & production as major elements in our music. One of the major differences between our generation and prior generations is the way we experience music. Most people today listen to music on headphones while they go about their daily lives instead of watching live shows or sipping cognac with a vinyl record player. While listening to live music or recorded representations of live music has its obvious merits, there are many musical elements that can only be enjoyed on headphones while you're going to work in the subway.

Things like panning from side to side, close miking, and sounds with extreme frequency ranges are better expressed on headphones where the acoustic environment isn't a variable and the listener can control the volume. This is especially true today, since sounds engineers at most live shows destroy the music by mixing it too loud or with so much bass that your butt falls off.

Road story: Your best or worst experience:
A unicorn walked onto the stage once during a show in Banff, Canada.

Your favorite recording in your discography and why?
In Praise of Shadows, because it marries jazz and electronic music.

What do you think is the most important thing you are contributing musically?
Linking jazz to the present day generation by incorporating not just musical, but technological innovations.

Did you know...
We once sang for The Pope as children.

Radiohead, King of Limbs (Self Produced).

How would you describe the state of jazz today?
Awesome.

What are some of the essential requirements to keep jazz alive and growing?
Modern jazz will always maintain a link between its traditional heritage and current musical trends. Due to the growing presence of music education, modern jazz seems to have taken on an atmosphere which tends towards intellectual influences. When drawing upon rock, many jazz musicians (eg. Brad Mehldau, Aaron Parks, Chris Potter) tend to listen to bands like Radiohead, because the music is stimulating enough that it holds to the values of jazz intellectuals.

We feel this same way about electronic music, rock and music production. We want to hear music with emotional substance that is also nerdy enough to think about. A few examples are Squarepusher, Fiona Apple and Björk. In jazz, some of our favorite albums that incorporate good emotional content, intelligence and creative production are: Kneebody's self titled album, Brad Mehldau's Largo, Kurt Rosenwinkel's Heartcore and Joshua Redman's Elastic.

What is in the near future?
We are going to release a B-sides of from our In Praise of Shadows album, with more compositions and remixes by various artists. Keep your ears open in the Fall of 2012.

By Day:
Full time musicians and proud of it.

If I weren't a jazz musician, I would be a:
Scientists or Engineers.