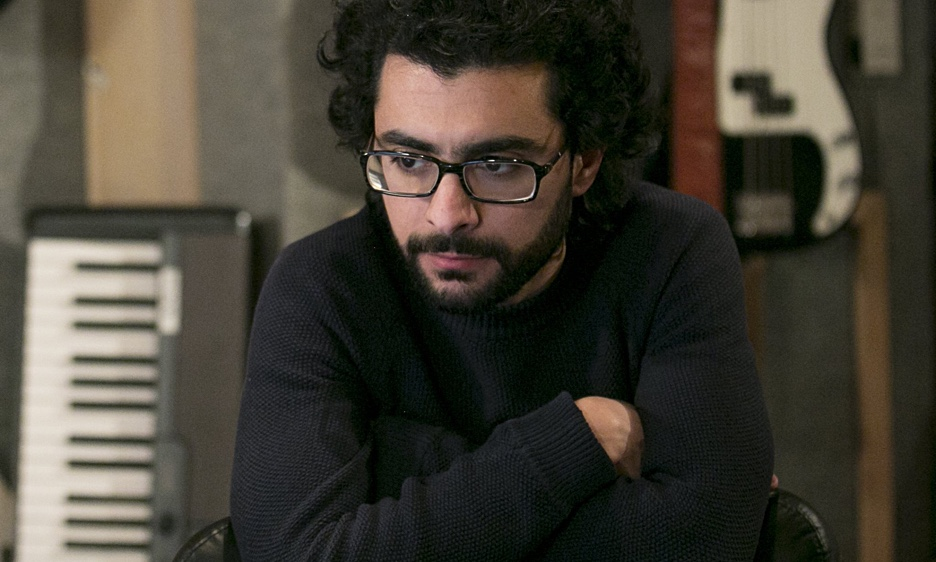 By TAREK YAMANI
April 12, 2018
Sign in to view read count
About Tarek Yamani

Born and raised in Beirut, Tarek is an American-Lebanese New York based self-taught jazz pianist who has been dedicated to exploring relationships between African-American Jazz and Arabic rhythms/maqams which are most evident in his second album Lisan Al Tarab: Jazz Conceptions in Classical Arabic, and in his newly released Peninsular which fuses jazz with the rhythms of the Arabian Peninsula.

Winner of the prestigious Thelonious Monk Jazz Composers Competition, Tarek has been fortunate to share the stage with luminaries such as Wayne Shorter, Richard Bona, Zakir Hussain, Esperanza Spalding, and Antonio Sanchez during the inaugural and the sixth editions of the International Jazz Day, at the UN Assembly Hall in New York and the Teatro de la Habana, Cuba, respectively. Tarek is also an educator, writer of two self-published music books and a film score composer of films screened in 70+ festivals around the world and broadcasted on AMC network, BBC and Sundance TV.

I don't have a memory of when I decided I want to become a musician but I remember vividly a strong sensation which assured to me that jazz is going to be my quintessential musical path in life: I was in a record store called Melody in the neighborhood of Hamra, Beirut and the gentleman behind the counter played for me, at a crazy loud volume, "New York Minute" from Herbie Hancock's The New Standard. It starts with an electrifying vamp and at a certain point they all go into swing, Dave, Jack, Herbie, Michael and Herbie. That one moment was all ten commandments combined.

As a self-taught jazz musician I came to learn most things by observation and intuition. I personally forced myself to delay thinking about my own sound and approach as much as possible so as not to have this aspect forced. I wanted "my approach" to come naturally at the moment it chose to do so. The day I made a conscious decision about incorporating Arabic elements of music in a jazz context was when I composed "Sama'i Yamani" in 2010. This composition won the Thelonious Monk Jazz Composers Competition that same year. From then on I started developing what I call Afro-Tarab. Tarab is classical Arabic music and it's also the name to describe the state of trance music puts you in. What I've been experimenting with is taking Arabic rhythms and modes and refurbish them with complex jazz harmonies and rhythms as well as superimposing Arabic sounding scales over jazz progressions.

Whenever I teach and regardless what the subject is, somehow we always end up talking about rhythm. I find that rhythmic teaching is never given equal time as harmony and technique and almost everybody whom I mentored, even accomplished musicians, seem to have not spent enough time to fully grasp the quintessential rhythmic code of jazz, 2 against 3. Duplets against triplets. I ended writing a book only about that and it's called "Duple vs Triple: A Melodic Approach to Mastering Polyrhythms in Jazz and other Groove-based music in 56 Steps."

I'll tell you about my most absurd gig which was on the second day Israel invaded Lebanon in July 2006. We were still in disbelief that this was really happening (even though the whole country was in curfew) and since nobody confirmed for us that the gig was canceled, we were so bright that we actually went and set up. The gig was in a hotel club on the 31st floor. Right after we set up we looked out the window overlooking the sea and we saw all the Israeli military getting in position across the coast of Beirut. Driving home that night in what became a ghost city was one hell of a scary ride. I think I had "Fingerpaintings" by McBride, Payton and Whitfield playing, just in case.

United Nations Assembly Hall: You're thinking that's not a venue, maybe not! But... the first edition of the International Jazz Day was held there (April 30, 2012) and I had my dream gig that night where I shared the bandstand with Wayne Shorter, Richard Bona, Vinnie Colaiuta, Zakir Hussein, Tineke Postma and Troy Roberts. Oh, and the piano chair I sat on had been warmed up by Herbie Hancock, Danilo Pérez, George Duke and Hiromi.

My three albums are really different from each other, especially the last one but I think I have a special emotional connection to the first one "Ashur," hard to explain why but maybe it's a similar thing to the feeling one has to one's first child.

This requires an external observing eye, regardless, I think it's way too early to tell.


I have a special thing for black tea. Not flavored, not bagged, not pink, not white, not yellow (I do like green gunpowder tea though); only one kind of Ceylon loose tea leaves that exists in this one store in Beirut. I would do anything to keep myself stocked and been drinking this same tea for more than 30 years and have traveled the world with me. When I was a child, my grandfather used to drop me some with the spoon and I got hooked ever since.

Really hard to remember but a big chance it was Herbie Hancock "The New Standard." However this wasn't my first jazz album as before that I used to borrow and replicate CDs from the German Goethe Institute and from friends (who include my first ever supplier of killer music and an amazing artist, Raed Yassine).

No need really. Jazz has never stopped growing and it continues to be alive. By jazz I mean the super-genre, the concept, the movement, not the sub-genre.

I have two projects coming up: One will continue to build on my latest album which featured rhythms of the Arabian Peninsula and the other will focus more on exploring quarter-tonal harmonies.

No funeral for me please, I insist. However, if a funeral happens against my will (both meanings work), then any song by a Death Metal band should do.

Looking for a job

What is the Sound of a Rectangle?

Go here and you will find out. Seriously.