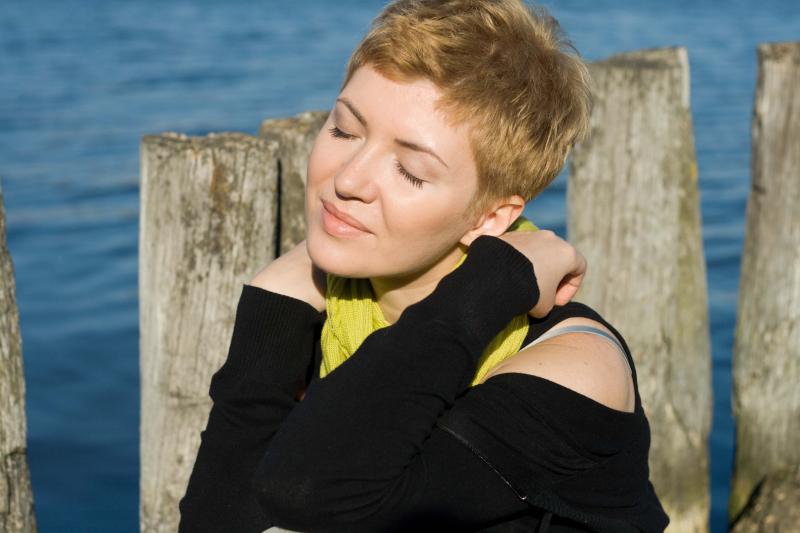 By TANYA BALAKYRSKA
May 20, 2012
Sign in to view read count
Meet Tanya Balakyrska:
A singer-songwriter, originating from the Ukraine and residing in Russia. Tanya's music style is quite difficult to distinguish: indie, minimalism, some bits of jazz, pop, lounge and sympho-fusion are mixed in it, depending on a particular lineup chosen. Tanya performs at various international jazz and contemporary music festivals in CIS and Europe, gets invitations to play at prestigious venues of Russia and the Ukraine. Her debut, Lviv Sessions CD became the subject of extended radio programs broadcast internationally. 123,000 copies of the album were published as an attachment to Stereo & Video, the indisputable leader on the Russian market of audio and video magazines.

Thomas Conrad (USA / Columnist, Jazz Times, Contributing Editor, Stereophile) wrote: "I found it fascinating. This music is deep and soulful and rather mysterious—like Tanya. Her voice is wonderfully expressive. I think that her strongest asset is her ability to create an atmosphere. In this regard she reminds me of Patricia Barber. They can both cast a spell."

I knew I wanted to be a musician when...
I left music school and realized I could play and sing freely for fun, just to enjoy myself. I realized music was not something I had to play only to be evaluated at my exams. It was something that poured out of me naturally, something I loved more than anything else.

Your sound and approach to music:
I've come to think that music, however beautiful and absorbing it may be, is not the end in itself. It must lead you to something better, something bigger. I accept only one kind of music—that which is capable of healing people, giving them hope, some light, some connection to each other and to God. The music which is created to entertain one's mind or feet does not have any true value, to my mind—although it might be amusing at times.

Your teaching approach:
One should love music in oneself, not oneself in music. One should be extremely honest with oneself and one's listeners. There's no use trying to seem better than you are or pretend to be somebody you are not. There should be something you desperately want to tell your listeners; if you're onstage just to show off, then it's all in vain. Surely, the audience might like that. But it gives nothing either to them or yourself, such "musical activity" is all empty and useless.

ADVERTISEMENT
Your dream band:
We are all highly professional and in an ideal band. We all love one another and the music we play. I mean, there's no place for self-assertion or lies. It's like a family. We're absorbed in our music; we're delighted with it a great deal. We appreciate one another.

Such an attitude within a band works wonders.

Road story: Your best or worst experience:
Well, in 2010 I toured around the Ukraine with a guitar trio. It was tough, as we traveled by mass transport with 100+ kg of equipment that we had to carry ourselves. There was one very exhausting move from one tiny town to another that could only be made by an urban bus. The driver wouldn't let us in without a bribe and then we had to buck along for 10 hours with the backs of the seats that could not be lowered. Two hours after our arrival we gave a nice concert. And next morning we were on the road again. Touring in Russia and other CIS countries is always an extreme experience, unless you travel in your own bus with a bunch of road managers.

Your favorite recording in your discography and why?
My debut album, it's the only one so far.

The first Jazz album I bought was:
Some Greatest Hits by Ella Fitzgerald.

What do you think is the most important thing you are contributing musically?
I humbly hope I'm giving people something more than an sonic experience. I try to show them life is not limited by what we can feel. I also try to show there's always a hope.

CDs you are listening to now:
Eivind Aarset, Electronique Noire.