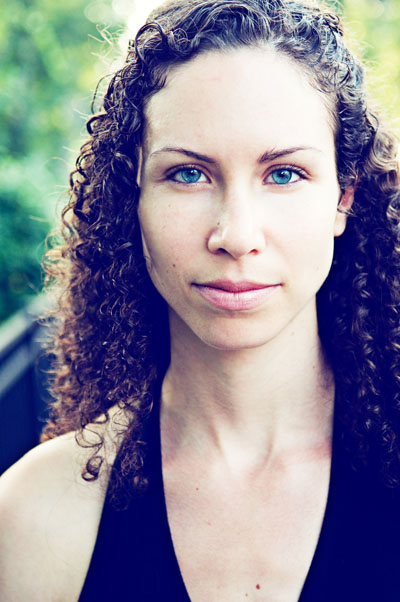 Born in Belgium, raised in Israel and currently residing in Brooklyn, NY, vocalist and composer Tammy Scheffer's music combines influences of contemporary jazz with her own expressive voice and unique approach to vocal improvisation. She recently recorded an album of her original compositions for a sextet, to be released in October 2010 by Inner Circle Music.

Saxophonist Greg Osby was in the studio on the day of the recording, and later commented: "The music was vibrant, personal and exceptional. It was an amazing session."

Teachers and/or influences? The vocalist who really changed my life is Rimona Francis. She's a pretty obscure Israeli vocalist who had the most incredible, precise wordless singing I ever heard. I first heard her recording when I was 18, and knew immediately that this is the sound I was looking for. Other musicians who influenced my music are Bill Evans, Adam Rogers, Kurt Rosenwinkel, Dave Holland, Michael Brecker, and many others.

Your sound and approach to music: I try to stay true to what I hear, both when composing and improvising. Sometimes I would go around for months, humming a yet-to-be-written tune casually, and would sit down and actually write it only when it's cooked "well done."

Your teaching approach: I believe we should observe and be aware of what we do when we practice and perform, but leave the judgment outside of the studio. Being critical of our technique and musicality shouldn't choke us; it just lead us to more possibilities and realizations.

I love working with musicians who put the music first. Sounds trivial, but being able to do the right thing for the group as a whole and not only one's personal performance is an incredible quality in a musician.

What is in the near future? Right now I'm about to release my debut album, Wake Up, Fall Asleep (Inner Circle Music). There will be several concerts to celebrate the release in Boston and New York in October and November, 2010.