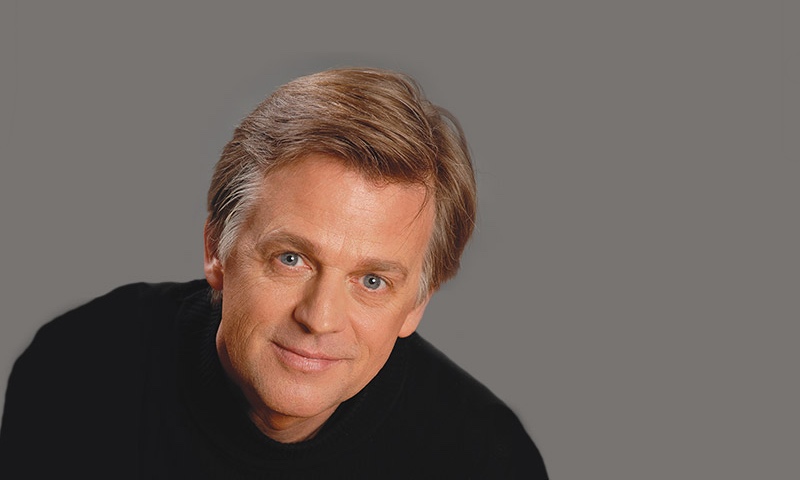 By STEPHEN PRUTSMAN
March 30, 2015
Sign in to view read count
Meet Stephen Prutsman
Active as classical, world and jazz pianist, and composer and music event/festival curator, Stephen Prutsman continues to explore and seek common ground in music of all cultures and languages. On April 8, he performs his album Passengers for the first time in its entirety at Baryshnikov Arts Center in New York. The music on the album was inspired by a revelatory time for Prutsman, as he came to terms with his son's autism. "The most important decision I could make in my life was to find a way to always enjoy my time with him," he said. "My hope is that Passengers will suggest to others that despite the myriad of musical languages we speak, in the end we all are trying to live the great truth: To find for ourselves and share with others a meaningful musical narrative of love, grace, hope, joy and compassion."

As a young person in his teens and twenties Stephen Prutsman performed with several art rock ensembles and was a regular on a nationally syndicated gospel television show. In the 1990s he was a medal winner at the Tchaikovsky and Queen Elisabeth Piano Competitions, and has since performed worldwide with leading orchestras and as a soloist on global stages. For several years he was Artistic Partner with the St. Paul Chamber Orchestra and Artistic Director of the Cartagena International Music Festival. Stephen Prutsman has written and arranged over 40 works for the Kronos Quartet in addition to having written for other known classical and popular artists. He feels that his greatest musical accomplishments are the programs he has developed called "Azure Concerts," which are tailored musical events for persons on the autism spectrum and their families. He dedicates much of his time on causes related to the needs of the developmentally disabled.

I knew I wanted to be a musician when...
It was off and on for many years until at age 22, I sold everything I owned, bummed around Europe, and knew after a few weeks that I had to get to a keyboard somewhere.  I was lost in my replaying of and inventing music in my crazy head and wanted little else. It all was a kind of sign to myself I guess that piano was what I had to do—I had no choice in the matter. Of course this was at a time when I had the luxury of seemingly infinite freedom—no cares, no money, lots of time. The type of musician I was going to be took much more time to figure out.

Describe your best or worst experience on the road.
The best are when a mom or dad of a serious or classic autistic are able to "be" or engage with their kid while I happen to be playing. Is my playing underscore for something else?  Maybe, but I don't care. Those are moments much more meaningful than playing the standard classical rep for your standard classical rep audience.

What's your favorite venue to play at?
I really love so many. From one extreme—a prison, or a dilapidated child care facility in the South; to Teatro Bibiena in Mantova (the most beautiful, perfect hall). They're all beautiful and meaningful. I played at an outdoor stadium in Harare a few months ago (with a pop singer from there -they came to see him not me). That was a real treat. Nothing like a big crowded outdoor venue in Africa...

The first jazz album I bought was...
I think it was Deodato's Also sprach Zarathustra—wasn't that cool in '75?

How would you describe the state of jazz today?
From what I gather—and I don't really know the state of jazz-philosophy everywhere—in all parts, all towns—know one really knows. But successful oral story telling—which is what some of us do, as opposed to re-creating what has been documented, written down—has been going on since the beginning of Man. And I have no doubt it will continue. Story telling is alive and well. It will continue to evolve which is good, as opposed to the act of re-creating documented western art music, which has not really evolved, nor should it.  This "re-creating" involves different parameters obviously.

What projects do you have coming up in the near future?
Protests in California—I hope to get the governor to start funding care for the seriously developmentally disabled. Civil disobedience is perhaps on the table next month. I don't know. A group of us are trying to decide how to spend our time most efficaciously on these very important issues.