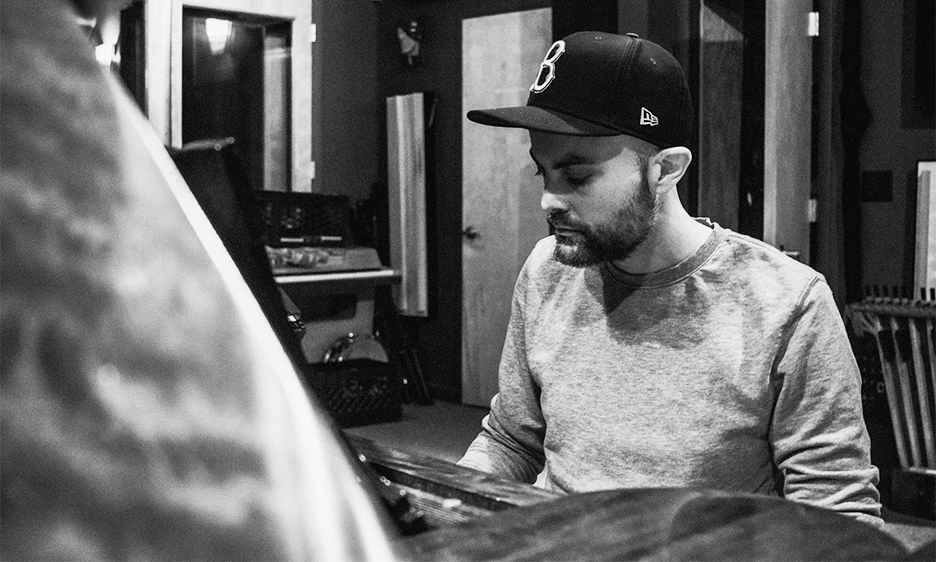 By JOSH ANDRES
June 30, 2019
Sign in to view read count
About Statik Link

Here is a little more about me from my bio.... Hailing from the Midwest, Statik Link, crashed onto the scene in 2014 creating his own lane for his unique sound. A live instrumentalist and producer, Statik Link intricately blurs the line of jazz, funk, and soul while remaining true to his own raw, uncut, gritty sound. Statik Link's style has been compared to a mixture of artists such as Robert Glasper, J Dilla, Miles Davis, and Badbadnotgood.

Interestingly enough, I come from a family with no musical background. When I was five years old, my dad enrolled me in guitar lessons at a local music shop. I stayed with those lessons until around 7th grade. My first year of junior high, I switched focus, and picked up the trumpet and joined the school band. I ended playing first chair trumpet all through junior high into high school. I was also very active in the school jazz band playing lead trumpet. This is where I fell in love with music. Specifically improvisation. I was fascinated with the ability to speak the language of a musical key and communicate with the other instruments. It was like speaking another language. Upon graduation, I attended the University Of Toledo. I initially entered school as a chemistry major. It is during my first year of college that I began to experiment with digital music production. After taking some audio engineering classes, unrelated to my major, I was hooked. The following year I changed my major to Music Business with a minor in Music Theory. I picked the piano as my instrument of choice during my time in college. Unfortunately, I had to drop out of school my third year due to finances. It was at this point I would start the grind of being a session musician and producer. I taught the bass guitar to myself over the years.

It was during my first year of college. There was a local hip-hop artist I began producing. He wanted a live element of the sampled records from the '70s. I would take old jazz and soul recordings and attempt to replay them, or sample them and play over top of the sample.

I'd like to think of my sound as modern jazz/jazz fusion. I'd say it's heavily hip-hop influenced. To be honest, it's tough even calling my music jazz to some people. However, I think it falls under the category of jazz due to how I go about the writing process. It's HEAVILY improvised. For my new album Shapes Of Music, Vol. 2 I went into the studio with NO written music. Just ideas of high energy, mellow, or whatever. Basically, I'd pick a key signature, sit in front of the piano, drums, or pick up my trumpet and let it flow out based on my mood that day and how I was feeling. I LOVE the live element of the studio. I use Digital VST instruments, but I try to shy away from using them often. I like the idea of acoustic and analog gear because it's in the moment. No saved sounds, no returning to that EXACT same sound. It's captured in the moment and creates a raw energy. There's nothing like recording on a Steinway grand piano. It gives me goosebumps.

The same can be said for my live performance. My live performance is a fusion of modern technology with acoustic instruments. I'm a one man band. Not the typical trio or multi-person band. I came up with the idea while trying to figure out how to get more gigs in NYC where it is very competitive and the pay (for most gigs) is low. My live set up consists of me recreating elements of each track and improvising certain parts over the top.

I teach Digital Music Production and the History of Popular Music at Avenues: The World School in Manhattan. I enjoy teaching and education very much. It's awesome seeing students progress and fall in love with music like I did. Our school pushes the forefront of technology in their curriculum. Seeing the kids use their computer with Logic Pro X and Ableton Live to learn rhythm, and music theory, in my opinion, helps them learn quicker. It's interesting to see the kids mold samples and rhythmic elements from genres that would never be put together in a traditional sense. To see their reaction like "I created" this is worth it's weight in gold. The future is bright in music creation.

When I came to Avenues, two years ago, it was important for me to also have music history as part of the curriculum. During my years in education, five to be exact, I've seen the historical element of music education start to fade. I think teaching the future about the past and how it influenced their current favorite genre of music is VERY important. I believe the kids can learn a lot from the past from a musical standpoint and a social standpoint. Our music staff at Avenues prides ourselves on that. Showing how artists like John Coltrane, Quincy Jones, or Miles Davis influenced hip-hop and popular music are an important piece of our curriculum.

Wow! This is a tough one. I'd love to jam with John Coltrane, Art Blakey or more modern artists like Kamasi Washington or Robert Glasper. I'm also a big hip-hop fan. Working with producers like Dr. Dre, Madlib, DOOM, or artists like Kendrick Lamar would be amazing. Big fan of Badbadnotgood as well. Who knows, maybe it'll happen in the future.

I love the intimacy of the Blue Note in Greenwich Village in Manhattan. It gets packed no matter the performer and you feel like the crowd is part of the band. It's an awesome experience. I've also been to a few shows where artists have brought out popular music acts that would normally be seen in large stadium venues. It can be a surreal experience.

Another tough one. I'll give you a few. John Coltrane's Giant Steps was a big influence on my education and career. However, I've about worn the grooves off of BadBadNotGood's album III and IV. Both of those are a heavy influence on me and my style of music. I love the modern sound. Madlib's hip-hop recreation of the Blue Note catalog is also one of my faves. Tough choice. Kamasi Washington's Heaven and Earth is played in rotation quite often as well.

My work as an educator. I also hope to inspire with my music. I'd like to think I'm touching someone's life by teaching future musicians. My teaching career means the world to me. I try to volunteer and be involved with music education as much as my schedule permits. I also hope to inspire future musicians by delivering music that is hard to classify as a specific genre. I want people to listen and get excited about something they've never heard done before. No boundaries. Something that is innovative and inspirational. The best compliment I've received on projects is "This doesn't sound like anything I've heard before" or "I don't even know how to classify this." I think that's something Miles Davis left us with. His music was meant to inspire the future generation to break the mold of what a genre is suppose to be. I hope to do the same thing.


I'm a professional golfer! No, really. I am a member of the PGA of America and, for a while, was a teaching professional during the summer between school years. For my golfers out there, I'm around a 2 handicap. I sometimes play in tournaments, but golf is more of an outlet to relax. That's how I wind down when not working on music!

I think jazz music is in an amazing place. We are seeing a plethora of artists with different styles and musical background come onto the scene that are pushing the genre forward. We are seeing a fusion of hip-hop with modern jazz and a strong influence of improvisation. I think music in general, from a creation and artistic standpoint, is great.

Music education, the studying of artists who paved the way, and for the fans of jazz music to have an open mind about the fusion of jazz with other genres.

I released my new album Shapes Of Music, Vol. 2 on June 24th. It is my first full length instrumental album all recorded in a studio, with only a handful of virtual instrument VSTs. It was also my first time recording on a Steinway grand piano that costs more than some people's houses! I'm VERY proud of the project, and dare I say GRAMMY WORTHY. ;-) All jokes aside, I do feel like this album was special!

I have one scheduled show coming up, as of now, to promote the album. I will be performing at the Grassroots Festival in Trumansburg, NY on July 20th. Debuting some tweaks to my live set up that will be interesting for sure!

Not giving the audience its money's worth for the performance. I want people to leave and say "WOW, that was something special." If I can connect with one person in the crowd and make them feel inspired that's a win. I feel like my job is done. If I don't invoke that feeling, than I feel like I failed. I go out and try to give 110% every time. Go above and beyond the norm.

A teacher for sure. Not sure what I'd teach, but something in education. I thoroughly believe education is investing in our future. It's something I genuinely enjoy.

Thank you to everyone who's checked out my new album Shapes Of Music, Vol. 2. (Onza Records). Also, Thank you All About Jazz for helping me get the word out!