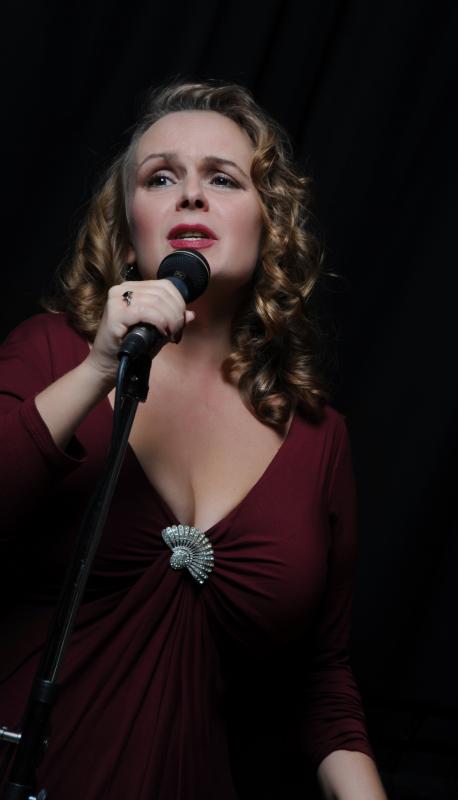 "Solitaire Miles captivates an audience with mesmeric tone, playful, conversational phrasing, and a sinuous sense of swing. Miles has a voice that grabs you, and demands to be listened to. Her natural, unaffected delivery never draws attention to itself, allowing the craft of the song writers to shine through." Tamara Dailey, Chicago Sentinel

Performing in Chicago, New York and Los Angeles, Solitaire Miles is recognized as a distinctive vocalist who can turn a phrase in the style of the greats, like Billie Holiday, Ella Fitzgerald, and Mildred Bailey. Equally at home with both intimate cabaret settings or larger quintet and big band settings, Solitaire has shared the stage with some of the titans of jazz, including Chicago violinist Johnny Frigo, Sax Veteran Von Freeman, and New York trumpet Don, Doc Cheatham. With a sumptuous and uncommon tone, she presents lyrics in a candid, sincere manner, intimating a supple and uncomplicated delivery so the patois of each song has a lasting effect on the listener. Her songs get under a listeners skin as only the best jazz vocals can. Solitaire grew up in Northwestern Pennsylvania, and was influenced at an early age by her grandmother, Sybil DerManuel, who was a professional jazz and swing vocalist in the 1940's and 50's. When she was a child, her grandmother tried to teach her to play the piano and to accompany herself, teaching her great songs like "Tenderly," "You Go to My Head," and "Undecided."

After moving to Chicago in her early 20's, she first heard jazz violinist Johnny Frigo, who became a great mentor and influence on her musical career. Frigo arranged several of the songs on her first CD, which he plays on as well. Miles also worked closely and was mentored by another Chicago Jazz veteran, Von Freeman, who is also featured on the recording, as well as her regular accompanist WIllie Pickens.

After establishing herself in Chicago, Miles moved to Manhattan, where she befriended trumpeter Doc Cheatham, whom she had the honor of sharing the stage several times with before his death. Doc's forthright and conversational style of singing and his choice of material have had a pronounced influence on her, even as much as great singers like Billie Holiday, Ella Fitzgerald, and Mildred Bailey have.

When she is not singing, Solitaire works freelance as a graphic and fine artist, and photographer.

I was a child, sitting under the foot pedals of my grandmother's piano listening to her play and sing swing tunes. My grandmother was a swing singer with a big band in the late 1930's-early 40's, and she sounded just like Billie Holiday.

To be an authentic jazz vocalist, I think a singer has to embrace and learn the style of singing and phrasing of the era the tunes were written. I really don't think it's jazz if a pop singer takes a standard and applies modern day pop vocal techniques to the tune, just as it's not jazz if a modern day musician applies their pop technique to the song. To be a jazz vocalist, you have to learn jazz, and not just sing old songs with a pop style. I have never heard a pop singer take an aria from an opera and sing it in a pop style and call that opera, and I don't think it works for jazz vocals either.

I learned authentic jazz technique from my bandleaders in Chicago and NYC, who were in the 70's and 80's. I was very lucky to have their influence because they were playing jazz with the greats in their day. Johnny Frigo, Von Freeman and Doc Cheatham all worked with Billie Holiday, so they knew what a real jazz vocal was supposed to sound like, and they coached me to be authentic and real. They wrung every little bit of opera or pop singing from my voice until it was pure, unadulterated jazz and swing, and that's what I'm presenting today, because I think that all the pop music that is marketed as jazz will drift away in a few years and be forgotten. One of my favorite things to do is finding rare or forgotten swing tunes from the 30's and 40's. There are so many singers putting out recordings of standards these days, and nobody wants to hear another cover of "Embraceable You," so I make it my job to find lesser known tunes from the 30's and 40's, re-introduce them, and perform them as authentically as possible.

I have my dream band in Chicago, I love them.

Say it with a Kiss by Billie Holiday.

I am unearthing very old, rarely noticed songs and giving them new life, while respecting the style of the era they were written in.

I wish jazz would keep to jazz, and stop moving out into folk, R&B and pop. I am usually disappointed when a singer who uses a pop or R&B style is booked as a jazz singer, even if they are covering standards or singing with an acoustic jazz group. I don't appreciate all the blending of genres, and I think that in the future American jazz will eventually purge itself of pop influence.

I am preparing to release my latest recording Born to Be Blue which features great Chicago jazz musicians including pianist Willie Pickens, Art Davis on trumpet, Jim Gailloreto on sax and Neal Alger on guitar.

I am an artist and illustrator.