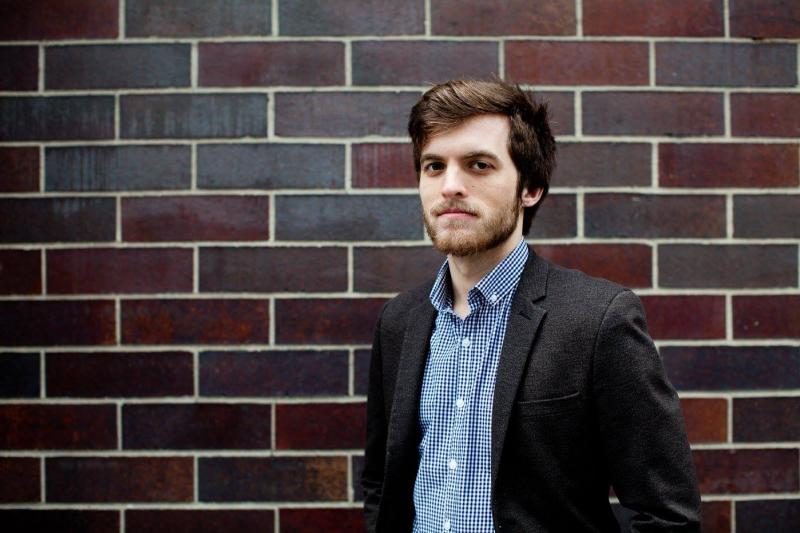 By RYAN SLATKO
November 21, 2017
Sign in to view read count
About Ryan Slatko
Ryan Slatko's musical journey began with his father who played guitar and introduced him to jazz/fusion artists like Pat Metheny, Chick Corea and Weather Report; and to progressive rock greats such as Genesis, Kansas, Rush, Yes, and Emerson Lake and Palmer. Slatko took up drums at 11 years old, also taking an interest in piano at 13 and eventually switching focus entirely to the latter.

Slatko earned his bachelor's degree at the University of North Florida, studying under the critically acclaimed pianist Lynne Arriale. In Fall 2015, Ryan moved to New York to join the diverse music scene and to earn his master's degree at New York University. Slatko has had the privilege of studying under great artists like Don Friedman, Alan Broadbent, Ari Hoenig, Gil Goldstein, Taylor Eigsti and Kenny Werner.

Slatko's achievements include placing 3rd in the 2014 Jacksonville Jazz Piano Competition, and making the semifinals for the American Jazz Pianist Competition two years in a row. His debut album First Impressions features Grammy-nominated drummer and producer, Ulysses Owens, Jr. Slatko has also performed or recorded with Rich Perry, Alex Sipiagin, Chris Potter, Tom Scott, Linda Oh, Adam Rogers, Randy Brecker, Ari Hoenig and many more. He was the musical director for Lights Out, a play with song about Nat King Cole in which he worked with the likes of Patricia MacGregor, Colman Domingo, Dulé Hill and Daniel J. Watts. Having formerly been a drummer, Ryan brings a strong rhythmic concept to everything he does, whether it be his often percussive approach to piano playing or his inventive arrangements and compositions.

Teachers and/or influences?
I studied under Lynne Arriale at University of North Florida for four years. She played a major role in shaping me into the musician I am today, as she had a very direct and honest teaching approach. Like any great teacher, she was more concerned with making you a better musician than protecting your ego. Studying with her there was always a lot of emphasis on melodicism, phrasing, and solo piano.

One of my greatest mentors at NYU was Ari Hoenig, with whom I studied for about a year. In addition to being someone who I've looked up to for a while, he's a terrific educator, and really deepened my understanding of different rhythms. I also learned a lot about how to play well with drummers, something that I feel separates the men from the boys.

My earliest influences include Chick Corea, Lyle Mays, Bill Evans, Oscar Peterson, and Herbie of course. Later on I got big into Taylor Eigsti, Geoff Keezer, Brad Mehldau, Phineas Newborn, Jr.... the list goes on forever, there's not many artists I don't like, and these are just pianists!

I knew I wanted to be a musician when...
I was in my high school jazz band, back when I still played drums. It dawned on me one day that people play music for a living and for me it was a kind of eureka moment. I realized that it was possible for me to do what I love for a living, to be happy to work each day and be able to put food on the table. Of course I realized from the get go that I'd have to be really good at music to make this happen, and that has always been something that drives me to be greater.

Your sound and approach to music.
Having formerly been a drummer, I definitely try to bring a certain rhythmic intensity to whatever I do. It happens to be an avenue of music I'm fascinated by and that I continue to explore, but I also feel it's something that far few people are exploring than chops and technique.

I also place a lot of emphasis on composition and melody. When I improvise I really try to think like a composer, giving my solo some form of structure and a beginning/middle/end. I find myself drawn to artists who tell a story, and it's my hope that I can do the same.

Your teaching approach
I've realized that a good music teacher tells their students where they need improvement in an honest and frank way, and doesn't worry about protecting the ego. I've had many experiences with mentors, where they maybe told me something I didn't want to hear at the time but looking back I'm glad they were direct and honest with me. I would also say that no two students are the same, which is why I also to personalize my teaching approach as much as possible.

Your dream band
It's been a long time dream of mine to join Ari Hoenig's group. Also up there for me is Miles Davis, Pat Metheny, Art Blakey.

Road story: Your best or worst experience
My first time leaving the country was an NYU-sponsored trip to Costa Rica. Every year the school hosts a contest to send the best student-assembled group to Costa Rica for a week to relax and play a few shows, and one year the group that I'd helped assemble won the contest. It was an amazing trip, but it started with two of our group members being detained by immigration. Our contact in San Jose had neglected to send us our intended destination, so we had nothing to write on our landing cards and the non-Americans weren't let through. The matter eventually got resolved, but for me it was a rough start to my first time abroad, especially in a country where nobody speaks English and where we had no cell reception.

Favorite venue
I've done two shows at Club Bonafide, and while it is hard to get a turn out for those gigs, it is a beautiful space with great acoustics, good equipment, and a friendly staff. Overall a great experience playing there. I also had a great time playing at Kitano, they have a gorgeous piano, as well as a staff that really treats you like family.

Your favorite recording in your discography and why?
Perhaps my proudest moment on First Impressions is Sister Chromatids, a composition of mine that has romantic elements even though it was inspired by science and biology. I felt that this recording in particular came out great, and just about exactly the way I envisioned it.

What do you think is the most important thing you are contributing musically?
I consider myself musically a risk taker. In my opinion there are WAY too many players out there who are playing it safe. There are times when the job calls for dialing it in and playing your specific role (the musical I'm working on now has taught me that.) However I often find myself listening to other musicians, especially at jam sessions, wishing that they'd stretch out a little more and take some chances rather than recycling the same age old formulae.

Did you know...
I love to cook! I've been obsessed with it ever since I was little; I'm no Gordon Ramsay, but it is one of my favorite activities.

The first jazz album I bought was:
It was Oscar Peterson's The Sound of the Trio, with Ed Thigpen and Ray Brown. Completely blew me away! That's one of the albums that first made me want to really get into jazz piano.

How would you describe the state of jazz today?
It's in very able hands! There's a whole slew of artists out there, both young and old, who are continuing to push the music to new places previously unimaginable. I simply can't keep up with them! The only thing that I think is really hurting the art form is the chaotic state of the music industry, but that's a whole other discussion!

What are some of the essential requirements to keep jazz alive and growing?
Everybody needs to keep pushing the envelope, and move the music forward. Also, musicians need to look out for one another. When people get overly competitive and start to put their needs above their peers,' the community as a whole suffers.

What is in the near future?
Thinking super long term here, but hopefully at some point there will be a First Impressions tour. Holding off until I can do it the right way, but is definitely something I want to do. I have many other ideas for albums I want to record and artists I want to collaborate with, but for now I'm taking things one step at a time.

What is your greatest fear when you perform?
My greatest fear when performing is slipping back into my old habits of always getting in my own head and overthinking things. In order to play at the highest possible level, you must let go of your fears of sounding bad and trust the work you've put in. One of my many challenges is to maintain that head space and not get in my own way.

What song would you like played at your funeral?
"Pavane For a Dead Princess" by Ravel (Not calling myself a princess! But it really is a beautiful piece)

What is your favorite song to whistle or sing in the shower?
Whatever tune I'm trying to learn at the moment.

If I weren't a jazz musician, I would be a:
Not sure, perhaps engineer of some sort? Or another form of artist?

If I could have dinner with anyone from history, who would it be and why?
My grandfather on my mother's side. He passed away before I was even born, and I would really love to meet him and see what he's like. (I've heard he has a similar sense of humor to me!)