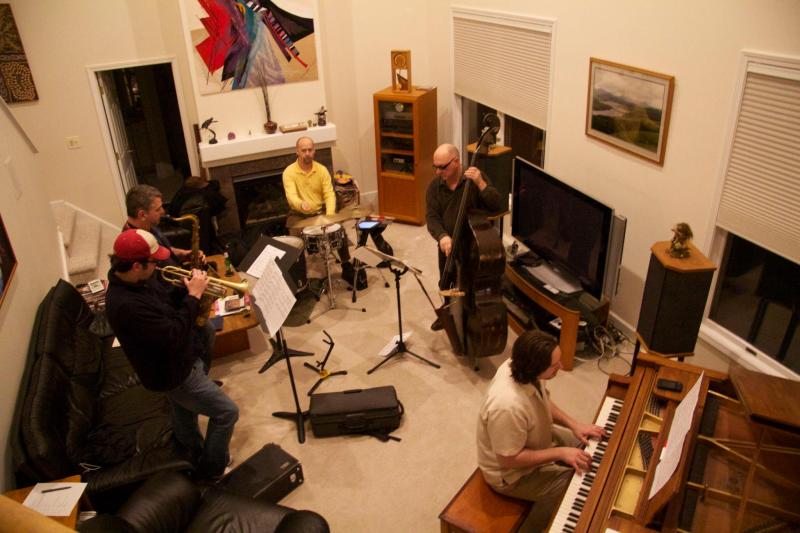 Randy Simon had piano lessons for a year as a child, and took classical piano lessons for a period while in graduate school, but music took a back seat for many years as he built up a successful career as a physicist. "I did not return to the piano until I inherited the grand piano that I grew up with and started taking jazz piano lessons," says Simon. "After several years of study with jazz pianist Adrian Cohen, I realized I was a much more creative writer than I was a pianist. Piano lessons morphed into composition lessons and after a year, I had written a handful of tunes."

Simon's teacher suggested that he record the songs with some top local musicians, and that was the beginning of the Randy Simon Jazz Project. Since that time, Simon has released four albums (Suspended Motion, Awakening, Light It Up and now Nyhavn Live) that feature his colorful compositions interpreted by world- class musicians based in upstate New York. "Each project has been more complex and adventurous than the one before," Simon says. "Every time I complete one of these projects, it makes me want to up the ante for the next one."

I try to write jazz tunes with distinctive and (hopefully) memorable melodies so that people can come away with something more than an appreciation of the musicianship they just heard. I have always liked listening to jazz musicians playing standards because you can really appreciate the creativity of improvisation when you have a clear idea of where the players are starting from. I try to recreate that experience with new music.

My favorite recording in my discography would have to be the new one: Nyhavn Live. For one thing, it is a live recording, which gives it an organic quality and emotional connection that can't be duplicated in the studio. Secondly, the recording is the result of a considerably greater amount of participation on the part of the musicians in developing the tunes and getting the most of out them. Finally, as my most recent project, it best reflects the evolution of my writing.

The first jazz album I bought was probably something by Father Tom Vaughn, a Detroit-based Episcopal priest turned jazz musician who played swinging piano jazz in the '60s.

Jazz today is in many ways more vibrant, varied and creative than ever, but is also, unfortunately, a niche taste in a world of multitasking and listening to music on cell phones. It is increasingly difficult to convince people to give ten minutes of their undivided attention to a group of musicians, no matter how brilliant what they are doing may be. Jazz today is truly for the committed.

Jazz is alive and well in little pockets all over. It is unclear whether or not there is a way to make it more mainstream. As is the case with classical music, jazz is frequently heard as background music in films and television and in restaurants and other public places. But as a music that people actively seek out and immerse themselves in? It speaks to all too few people today. That is why those who love it need to support it all they can.

I am a physicist by training but I spend most of my time these days communicating issues related to energy and the environment on the web, on public radio and elsewhere. Jazz for me is a labor of love and a means of creative expression. Bringing my compositions to talented jazz musicians is a unique opportunity to watch their creativity unfold before my eyes.