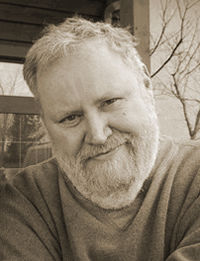 Early on in his career, he also logged several years as a jazz drummer with artists such as Terry Gibbs, Red Garland, and Denny Zeitlin, as well as years of work as a studio and recording drummer.

His first big band jazz album under his own name, Convergence Zone, was nominated for a Grammy in 2004 for best instrumental arrangement. Phil's second CD, My Museum was released in the fall of 2006

Your sound and approach to music: Try to keep developing my writing styles while still keeping my music accessible to the main body of jazz fans—I'm not trying to reinvent the wheel :)

Utilize all the many musical stylistic influences and instrumental and recording technology that now exists in my jazz writing: R&B, funk, World Music—all these elements find their ways into my work.

Your dream band: The band I just used on my new CD would be pretty close! (Wayne Bergeron and a steaming bunch of the LA "usual suspects")

I'd love to work with anyone who feels my writing is a good match to what they're trying to get across. I love working with and writing for good jazz vocalists as well.

Favorite venue: Having basically been a creature of the recording studio for my entire career, I don't have any really good live gig stories.

If we had more space, I could really relate some "sessions from hell" I've been a part of! :)

Your favorite recording in your discography and why? That's like trying to pick your favorite child or pet!

I keep hoping my next one will let me progress a bit.

What do you think is the most important thing you are contributing musically? I think my main aims are:

How would you describe the state of jazz today? Jazz has always been a niche music (especially since the '50s), and nowadays there seem to be many niches within the niche—many people doing interesting things involving many approaches. The ones the listeners favor are all subjective choices.

I don't know if jazz will ever become generally popular ever again, but jazz fans are very faithful and I'm sure the music will continue growing!

What are some of the essential requirements to keep jazz alive and growing? Musical growth.