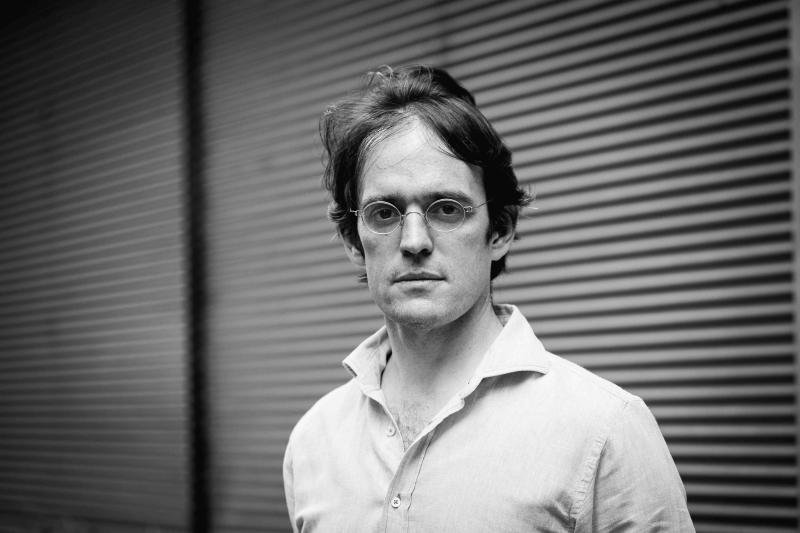 Zimmerli's Aspects of Darkness and Light, an evening-length work commissioned by the Seattle Commissioning Club, was recently recorded by Joshua Redman, Brooklyn Rider, bassist Scott Colley and percussionist Satoshi Takeishi for Nonesuch Recordings (Warner) and is slated for early 2016 release. Upcoming projects include a large-scale oratorio for male choir, operatic tenor, jazz percussion and piano on the work of Alan Seeger, to be premiered at the storied Invalides in Paris in 2016; and a collaboration with the Paris Percussion Group and choreographer Bruno Bouché to premiere at the 2017 Cannes International Festival of Dance.

Zimmerli was just awarded the 2015 Chamber Music America New Jazz Works Grant, supported by the Doris Duke Charitable Foundation. He was also the winner of the CLICK People's Orchestral Commission from the Colorado Music Festival. Other commissions have come from the Saint Paul Chamber Orchestra, the Colorado College Summer Music Festival, the Ying String Quartet, Brown University, violinist Timothy Fain, and the Arizona Friends of Chamber Music. From 2002-05, Zimmerli served as Composer in Residence with the Metamorphosen Chamber Orchestra. Awards include first prize in the first annual BMI/Thelonious Monk Institute Composers' Competition.

Zimmerli music has been featured in MoMA's Summergarden series, at the Guggenheim Museum, on NPR and at the Jazz Composers' Collective. His work has been recorded on the Naxos, Nonesuch (Warner), Blue Note, Arabesque, Antilles, Songlines, Jazz City and Naïve labels.

Teachers and/or influences?
I've had a million influences, and I write many styles of music where different influences come to the fore, but my first love was straight-ahead jazz, I loved Bird and Trane and Miles from the '60s and Wayne and Sonny and Monk and all the rest. I think that music has an enduring influence on whatever I do.

As far as teachers, again, I've had countless. I've learned maybe the most from listening to/transcribing/studying the great masters, in both classical and jazz domains; But I've also been formed through lessons with many amazing musicians, from Jerry Bergonzi and Joe Lovano in the jazz realm (both of whose advice I still hear in my head regularly, though my lessons with them date to the mid-1980s) to Fred Lerdahl, Walter Winslow, David Rakowski, Joel Feigin, and numerous others in the contemporary classical field. I should also mention Bill Stanley, my high school band director at Hall High School in West Hartford, CT, who had unforgettable expressions and pithy words of advice. And my brother David, who was a piano prodigy 3 years my senior, instilled very high ideals in me from a young age.

But I guess really my best teachers have been my colleagues. To list just some examples, the great violinist/conductor Scott Yoo, Tim Fain, Andy Lin, Yoon Kwon, Colin and Eric Jacobsen and Nick Cords and Johnny Gandlesman of Brooklyn Rider, and many other classical string players with whom I've worked; Kevin Hays, Brad Mehldau, Josh Redman, Scott Colley, Larry Grenadier, Jeff Williams, Ben Monder, Bill Stewart, Leon Parker, Jon Gordon, Tim Ries, these are just a few off the top of my head from whom I learned a lot.

I knew I wanted to be a musician when...
It became apparent that I wasn't going to have a career as a baseball player—which happened around my first month in little league, I think I broke the record for lowest batting average ever!

Your sound and approach to music.
As a composer you can have many "sounds" and approaches, since you write for different people, and each piece you write can have a completely different point of view. That's the beauty of composition. As an instrumentalist it's more specific and personal of course, and I've worked really hard to develop a pure tone and approach that's akin to a classical technique on saxophone. I carry that approach on soprano, while on tenor, I have a slightly "dirtier" or funkier sound.

If there was one thing I want to accomplish as both a composer and player, it's that old cliché of "tell a story." I want all my music to engage listeners, to take them on a journey, express a point of view and a kind of narrative that has a beginning, middle, and end. Even my most avant-garde-sounding music has that quality.

Your teaching approach
Again, I've taught a lot of different things, from basic classical theory and ear training to composition, orchestration, and jazz improvisation. I've also done quite a bit of coaching to my colleagues if they have a particularly difficult musical challenge. In each situation I think the priority is to inspire, to instill almost a desperation for excellence, the idea to not stop until you've gone as far and as high as you can go. That, as well as a really positive mindset and approach to problem solving.

Your dream band
As a composer I don't think in these terms exactly, since to me there are many ideal ensembles with potentially great sounds, in different styles. How can you compare the Keith Jarrett Trio to the Emerson String Quartet?

In terms of ideal collaborators, I love working with musicians who are completely open and flexible in terms of approach, because what I bring is something they often haven't done before, and often stretches their boundaries; and also musicians that have the power to really connect emotionally with each other on stage, and to an audience.

Road story: Your best or worst experience
Well, I remember one time I was touring with the T.S. Monk Sextet in Canada. It must've been 1995 because I also was preparing some insanely difficult music for a series of performances I had upcoming at the Guggenheim Museum in New York. So I was feverishly practicing these crazy intervals in my hotel room every day before the gigs. One day I came out after a particularly long session to find T.S. outside smoking a cigarette, he had been driven out of the hotel by the racket!

I should mention that T.S. was amazingly knowledgeable about jazz, I guess this should come as no surprise but we would be listening to jazz radio in the van and whatever classic jazz would come on T.S. would be singing along, including all the solos! It was pretty remarkable.

Favorite venue
My favorite venue is probably Wigmore Hall in London. It's an old-school place, an intimate venue with a gorgeous, warm acoustic, and it's got an amazing history—many premieres of works by Britten and other composers took place there, and they are extremely welcoming to composers.

I had the honor of playing there when I was invited by Joshua Redman to premiere the piece I wrote for him, Aspects of Darkness and Light. It was all acoustic, and Josh just played his ass off on that occasion. It was frankly just pretty cool to be up on stage having one of the best seats in the house to hear that.

Your favorite recording in your discography and why?
This is a tough one, it's like asking to play favorites from among your children! I guess I would have to go with my Piano Trios, my first recording with a classical ensemble. I feel like the performances, by Scott Yoo on Violin, Michael Mermagen on Cello, and John Novacek on piano, are so passionate and vivid and really render the pieces so well, which are in a way very traditional pieces but also extremely personal, some of the best writing I had done for classical players to date.

What do you think is the most important thing you are contributing musically?
I've had a few different periods, and each has contributed different things, but I feel throughout that my most important contribution is originality, a totally unique sound. My early music was coming from jazz but incorporated a lot of techniques from contemporary classical composers. It always used time, harmony, and melody but in a way that was so complex and abstract it was hard even for musicians to hear what was going on. Examples are my first two CDs came out on Songlines—Explosion and Expansion, featuring Ben Monder on guitar and the Takeishi Brothers in the rhythm section.

In the late 1990s I began writing for classical ensembles, slowing things down, stressing more melodic elements of my music and writing something that, while still having depth, would be appreciable by a wider audience. This style proved very successful and resulted in multiple commissions from classical ensembles. I was really at the beginning of my maturity as a composer and I'm very proud of that music, which delivers a powerful emotional message in a way that people can hear.

More recently I've been doing collaborations, with jazz musicians such as Brad Mehldau, Josh Redman, and Luciana Souza. For me these are more conventional-sounding pieces but they still come off as unusual hybrids.

Did you know...
That Rockefeller Center in New York is actually a PARED DOWN version of what was supposed to be the first fully autonomous architectural city, a place that noone would ever have to leave, designed by the visionary Raymond Hood in the 1930s?

That legendary jazz alto player Gigi Gryce reportedly studied with Nadia Boulanger and Arthur Honegger in Paris and wrote three symphonies and a body of classical chamber works as well?

The first jazz album I bought was:
Honestly I don't remember!

Music you are listening to now:
I very rarely listen to albums anymore, so many things come across my email and through google that I wind up listening online most of the time. That said, here are some things I've been checking out:

Desert Island picks:
Not sure I'd bring music to a desert Island, I have a lot in my head, and would like to make some more up. I would definitely bring some books though, The Complete Works of Shakespeare and an anthology of English Poetry, Also Rilke or Holderlin and a German dictionary (would be a good chance to get my German together!)