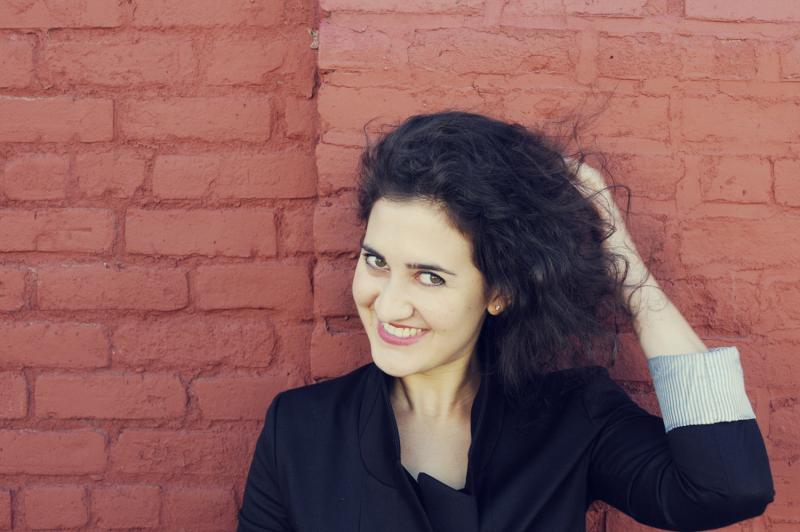 By NICKY SCHRIRE
August 14, 2012
Sign in to view read count
Meet Nicky Schrire:
London-born, South African-raised, New York-based vocalist/composer Nicky Schrire has been been praised for her abilit: to use her voice as "a dispensary of emotional power." (Dan Bilawsky, All About Jazz).

A graduate of the Manhattan School of Music, Schrire has performed in New York, South Africa and London. Her debut album, Freedom Flight, has been hailed by critics as "an exceptional debut" (Steven Lewis, Hard bop Jazz Journal) and "a thrilling maiden voyage" (Andrea Canter, Jazz Police).

Your sound and approach to music:
My sound is constantly changing as I learn more about what I like and what I don't like. As I discover new music I'm able to broaden my capacity to hear new sounds and that allows me to grow and progress as a musician (and a person). At the moment, I'd describe my sound as a mishmash of jazz, pop and folk influences.

I think, more than anything, that music is supposed to make people feel something, anything (Preferably not aversion!). That's the best way to measure whether the music in question is "good." Does it make the audience and the musicians who are playing it feel something? We tend to get too caught up in labels and genre-specific requirements, and we forget that music is supposed to be fun, and elicit joy from listeners. It doesn't matter whether it's jazz, pop, folk, R&B or a film score. Does it affect you when you hear the music in question?

There are millions of amazing musicians in the industry, but that doesn't mean there are millions of musicians I'd like to play with. It's so important to choose musicians that you get along with, socially, and who also share your musical aesthetic. That said, my ear gravitates towards pianists and I'd love to work with Fred Hersch, Brad Mehldau and Neil Cowley.

The first Jazz album I bought was:
Verve's The Complete Ella Fitzgerald Songbooks box set. It was actually a gift from my mum but it introduced me to Ella, vocal jazz and had a huge influence on my interest in jazz. I can still sing along to the instrumental interludes, introductions and fills.

What do you think is the most important thing you are contributing musically?
I hope that I'm contributing something (maybe a knack for talking too much?) to the already remarkable pool of vocalists in New York City. And I like to think that my quest to be a musician as well as a singer (the two are not always one and the same, although they should be) will encourage other young singers to strive for the same ideal.

Did you know...
I was a saxophonist before I was a singer. The tenor saxophone introduced me to the world of jazz and allowed me to experience playing in big bands both in school and college (I was a double major—saxophone and classical piano—in my first year at college). I played the tenor, baritone and soprano saxophones and doubled on clarinet and bass clarinet.

How would you describe the state of jazz today?
Ever-changing. Challenging. Exciting.

What is in the near future?
I'm preparing for my debut gig in London (October 5, 2012 at "The Forge," with Nikki Iles, Dave Hamblett and Ryan Trebilcock). I'm excited to get to perform for friends and family who haven't gotten to hear me live as of yet. I'm also preparing music for my sophomore album recording—it's a completely different kettle of fish to my debut album, so it promises to be yet another interesting adventure!