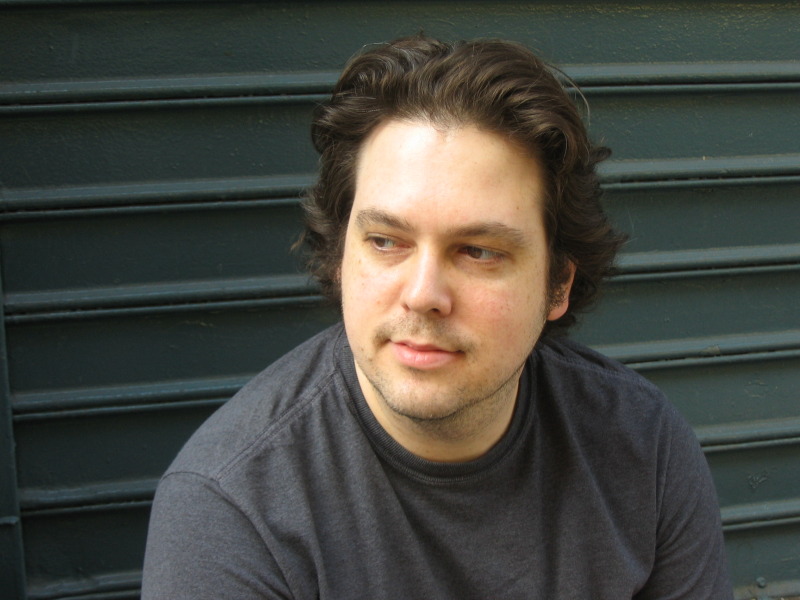 Guitarist, composer and teacher Nat Janoff is a graduate of William Paterson University, with a Bachelor of Music degree in Jazz Performance. His debut recording, Looking Through, featuring the rhythm section of world renowned electric bassist, Matthew Garrison, and drummer Gene Lake, put Nat on the map as both a player and a composer. Two more albums soon followed—a live acoustic recording with fellow William Paterson alumnus Jake Schwartz, simply titled Live, and a collaborative project with Rave Tesar (of Annie Haslam's Renaissance on keys and left-hand bass) and Ray LeVier entitled, Berkana.

In 2010, Nat was honored with the opportunity to contribute to ESC Records latest tribute album, Mahavishnu Redefined II, recording the track, "Are You the One?" with bassist Ray Riendeau and drummer Martin Diamond. Janoff also played guitar on three tracks on Ray Riendau's latest CD, Atmospheres.

Nat was also honored to be a part of the book, The New Face of Jazz, by author and occasional All About Jazz contributor, Cicily Janus. Most recently, Nat released his latest recording, Come Together Move Apart, with the great talents of pianist Francois Moutin and drummer Chris Carroll. This album was officially released on September 28, 2010.

Teachers and/or influences? I graduated from William Paterson University with a degree in Jazz Performance. While studying at William Paterson, I had the opportunity to study with Vic Juris and Paul Meyers, and was fortunate to be a featured soloist performing with jazz legends Kenny Burrell and Michael Brecker. I also took a few lessons with Mike Stern, a guitarist who was very influential on my early jazz playing. I really got into listening to John McLaughlin while in college. McLaughlin has been a huge source of inspiration and musical influence for me. I like how he plays in all of these different groups, from his acoustic groups with Trilok Gurtu to his organ group with Joey DeFrancesco and Dennis Chambers and and his Heart of Things group with Matt Garrison, Gary Thomas, Jim Beard, and Dennis Chambers.

Post-college, I started listening to a lot of saxophonists and trumpeters—John Coltrane, Freddie Hubbard, Wayne Shorter. To me, these artists have a very dynamic and exciting way of playing and they have a kind of freedom in their playing that is special. Modern jazz musicians I enjoy listening to are David Binney, Mark Turner, Chris Potter, and Rudresh Mahanthappa.

I knew I wanted to be a musician when... I saw a video of Eddie Van Halen playing a live performance of "So This is Love?" and his solo just blew me away. That solo made something click in my mind that made me say, "I have to do that." It's ironic that it was his guitar solo, because as I got into rock, I loved to solo, the improvising part of the song, and that is what led me to jazz.

Your sound and approach to music: The sound I have lends itself to playing in the most dynamic way possible. I want to be able to play as intensely as possible, so I may want to use distortion, yet I want it to be as fluid as possible. This is probably the influence of listening to so many horn players—I want to play like a horn on a guitar.

My approach to playing is to not have any preconceived notions about what it should sound like. I strive to be in the moment and let it be organic. True, I have my own style of playing, but when playing live, the input of the other musicians on the gig can spin the music in a multitude of different ways. I try to be as open as possible and listen to them and let it flow.

My approach to writing is also to wait and be open. That sounds so nice when really it can be a very ugly struggle. I can sit down wanting to write something great and I'll get nothing or crap. Then other times I'll be teaching a student and I'll play an idea out of the blue and that becomes the basis for a song. Even when I think I have a good idea for a song, developing that idea can be an arduous task of its own. What starts as a good idea can become forced and overworked. Trying to be open and not attached to outcomes is the best frame of mind for me to be in to create a composition that I am ultimately happy with.

Your teaching approach: I try to make learning the guitar fun and interesting to keep the student engaged. Everyone has different goals so I tailor my approach to the individual student. I have a great technique to learning the fingerboard of the guitar that I try to impart to those students who are willing to put the time in to learning it. This technique will open them up to being able to understand the guitar in a way that will let them play in any style they would like. It is something I have developed over the years that I find to be the best way to have true freedom on the guitar.

I've got my dream band right now! The group I recorded my latest CD, Come Together Move Apart, is such an amazing group. François Moutin is one of the most powerful and musical bassists there is. John Escreet is an amazingly talented and intuitive player who adds so much to this group. Chris Carroll is great at interpreting my songs—he really hears the whole song. He is a very musical drummer.

The first Jazz album I bought was: Sonny Rollins' A Night at the Village Vanguard. This predates my being into jazz, as I was 15 when I bought this album. I can't remember exactly how I came upon this album but I think read about Sonny Rollins in an interview in Guitar Player Magazine. I didn't really know what I was listening to at the time but I remember really liking "Striver's Row."

What do you think is the most important thing you are contributing musically? My sound is not like other players' sound. It has to do with what I grew up listening to and all of the other musical influences I've encountered along the way. I don't disregard any of these influences in my jazz playing—I let them all in to create my own fusion of elements. I don't feel I have to play a certain way for it to be jazz. What I feel to be the most important thing I contribute musically is that I am true to myself with my playing and that resonates with the listener.

I do an amazing impression of Frank Costanza.

How would you describe the state of jazz today? I think jazz is a very vibrant scene with a lot of great stuff happening. There are all kinds of jazz going on, from very modern avant-garde jazz to "keeper of the flame" traditional jazz. There is room for it all and it will keep expanding.

What are some of the essential requirements to keep jazz alive and growing? Definitely keeping music in schools and having live performances by musicians be a part of the school experience. There is something about being at a live performance that can be very exhilarating and allow people to connect to the music. I think that exposing people to contemporary non-traditional jazz will help it to grow because people can relate to it better in terms of the elements that are in it. Listeners need to have to have some entry point into any style of music. Exposure to contemporary jazz via commercial avenues such as ones that are primarily used by rock and pop music, could really explode the fan base.

If I weren't a jazz musician, I would be a: lawyer.