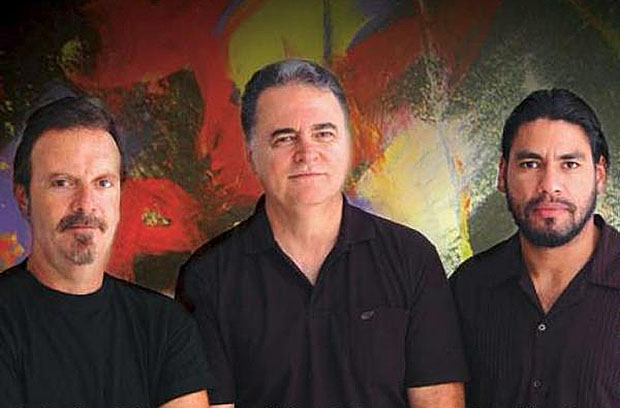 Conceived by experienced musicians, Moksha Trio has created an acoustic exemplar—intense and well-designed. "Moksha," from Sanskrit, means freedom, liberation, and diversion. It represents what the musicians seek musically, specifically "a fusion of jazz characteristics and contemporary classical music elements, having Brazilian-Afro rhythmic structures as support." Using these three pillars, pianist Gilberto Ferri, drummer Lauro Lellis and bassist Felipe Alves have assembled a complex sonority which reconciles itself with the fact that it does not sound in any way abstract or loose.

Certainly, Moksha represents a kind of music to be enjoyed in the silence of a theater rather than in a bar's hubbub. About some different sounds that are present as the basis of some songs, Ferri says, "Just for illustration, during the composition process of Introspection by using altered scales, I made use of the medieval Gregorian chant 'Dies Irae' in the song 'Ritual'; the anonymous chant 'Summer is incumem in,' from the late the 13th century in "Canção Antiga,' and children's songs in 'Reminiscências.'"

Ferri has also released a solo piano album, Variances, where the pianist improvises over themes from Brazilian traditional music like "Canto de Ossanha" and "Naña," and his own composition.

Brazil's mix of several ethnics groups gave birth to a great number of religious and festive demonstrations, resulting in rich and diversified rhythms that are jam-packed with the following musical genres: Maracatu, Xote, Xaxado, Maxixe, Frevo and, above all, Samba, with its great variety of ramifications.

Moksha Trio, by exploring this culture cauldron, incorporates rhythm elements from jazz and its uncountable forms of expression into this universe, in order to create a new combination of sounds.

The harmonic, melodic and rhythm elements interact through jazz improvisation, leading to a coherent language which confers to Moksha Trio a rhythmic and sonic identity.

Your sound and approach to music:
Moksha Trio: Origin.

Moksha: Liberation, freedom or diversion; all these words could be considered as translations of the Sanskrit word from which the trio's name comes.

Looking forward with proximity to this concept, Moksha Trio plans to develop interesting work that will involves the composition of original songs and original performances of established Brazlilian musical styles like Bossa Nova and MPB, by using a fusion of jazz characteristics and contemporary classical music elements, with the Brazilian-afro rhythmic structure as support.

The musicians make part of the musical composition by applying their creativity in such a free form that the Sanskrit word "moksha" is itself represented.