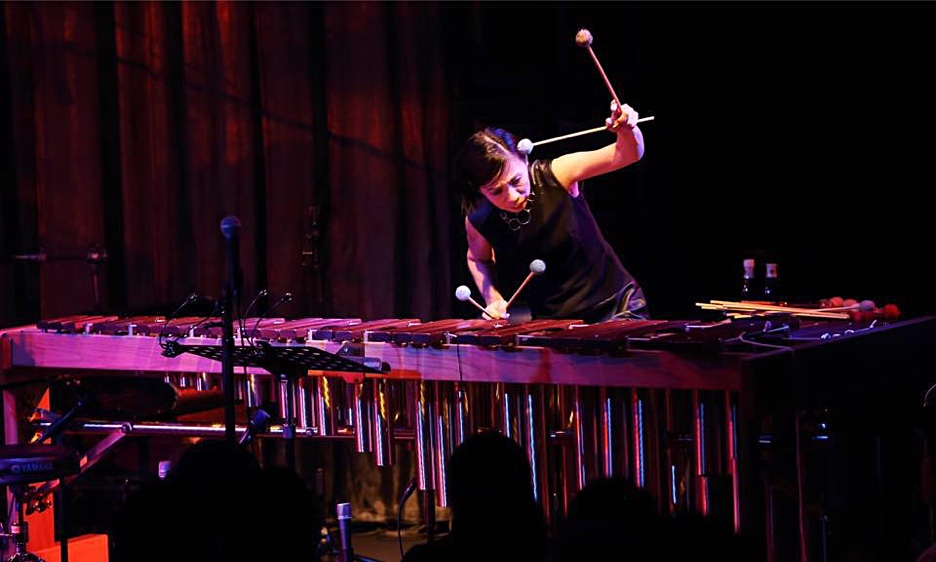 By MIKA STOLTZMAN
June 8, 2019
Sign in to view read count
About Mika Stoltzman

Mika Stoltzman has been described as a "Japanese Marimba Maestro," by Time Out New York. All About Jazz raves, "Mika Stoltzman is beyond category, to use Duke Ellington's signature compliment." Mika has toured to 19 countries and 65 cities around the world. She has performed nine times at Carnegie Hall (Zankel and Weill Hall), as well as at PASIC 2005 and 2007, the Blue Note in New York, the Tokyo and Cairo Jazz Festivals, and the Rockport Jazz Festival. She regularly performs around the world in a duo with her husband, clarinetist Richard Stoltzman, at major venues in New York, Boston, Austin, Buenos Aires, Mexico, Hong Kong, Japan, Germany and many more.

My most important teachers / musicians who have inspired me are NEXUS, drummer Steve Gadd, vibraphonist Mike Mainieri, composer Chick Corea, and clarinetist (and my husband) Richard Stoltzman.

I was 30 years old when I knew I wanted to be a musician!

My approach to music is all about communicating the emotions inside me.

My favorite concert hall is the Rockport Music-Shalin Liu Performance Center, which has amazing acoustics without being too big. My favorite jazz club is Blue Note Tokyo, because my five-octave marimba totally fit!

If You Believe and Duo Cantando are two of my favorite albums from my discography. My new album Palimpsest (out now on AVIE Records) is also one of my favorites because it includes my most accomplished recording of the Bach Chaconne in D minor.

Groove, soul, and sounds which strive to be unique, purposeful, and of the highest quality.

I don't feel afraid I when perform. I just concentrate on communicating the music.

I have a new album called Palimpsest with clarinetist Richard Stoltzman, our first album for AVIE Records, which is out now! It features music by Bach, Ravel, William Thomas McKinley, John Zorn (who wrote the title song "Palimpsest"), and Piazzolla. Bandoneónist Héctor Del Curto and bassist Pedro Giraudo are guest artists, and it was produced and engineered by Steven Epstein. Richard and I will perform music from the album in concert on Wednesday, June 12 at Carnegie Hall's Weill Hall.

On June 21, I am performing at the Newman Center for the Performing Arts in Denver, Colorado with clarinetist Richard Stoltzman and pianist Peter John Stoltzman.

In September, I am going on tour in Italy with Richard Stoltzman. We are performing at the Cremona Music Festival and Ascoli Music Festival.

Finally, I have a new jazz album coming out soon with Steve Gadd and Eddie Gomez. Stay tuned!