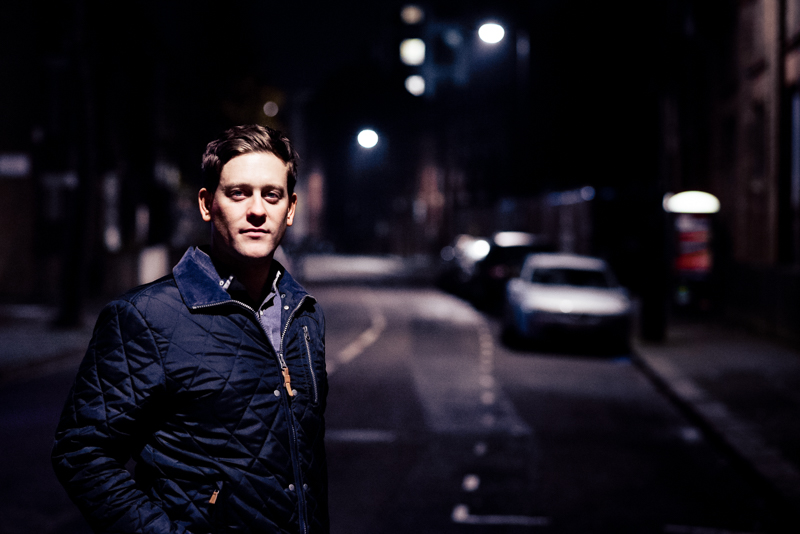 I knew I wanted to be a musician when... At the age of 4 I started playing classical piano. Music just seemed natural and my relationship with it has always been happily obsessive.

Your dream band: Good friends who enjoy (and can play) what I write and are a fun hang while on tour.

Road story: Your best or worst experience: One of my favorite experiences was leading my own band for the first time in support of my debut release. We did 25 back to back dates and and that was an eye opener on many levels. A bad experience I had was playing a festival where a group of fanatical religious guys started screaming at us to stop as they felt the music we were playing offended their 'god.' The police had to break it up—a very pathetic scene.

Favorite venue: A few that stand out for me include the Bimhuis in Amsterdam, the Cotton Club in Japan, Village Vanguard in NYC, The Jazz Bar in Edinburgh, Dempsey's in Cardiff Wales and the 606 Club in London. The most important thing for me that I've experienced at each of these clubs is that the promoters genuinely love the music and that carries right through to all the staff and thus makes for such a warm atmosphere totally conducive for making music.

Your favorite recording in your discography and why? Perhaps not my favorite but definitely a turning point in my evolution as an artist was releasing my debut solo album Purpose Built. It was a huge learning curve as a bassist, composer, bandleader & producer and it also prompted me to start my own label.

The first Jazz album I bought was: Charles Mingus' Black Saint and the Sinner Lady

Did you know... After high school I quit music for about three years and did a degree in history, ran track and field and played tailback at a Division 2 football program in the American Midwest. I also completely cut my thumb off in an accident when I was 17 (on a table saw), and had it surgically reattached.

How would you describe the state of jazz today? There are more clubs and festivals now than ever and great scenes in many of the world's big cities. I see a mix of people of all ages and backgrounds at shows, and all my friends have more gigs than they can keep up with. The level of creative music released every week is continually inspiring. I've also run my own indie label now for five years and that has grown exponentially since its inception in complete opposition to the popular gripe that "nobody buys music anymore." My label has completely funded three of my own releases in that time (all with substantial budgets). Can't be nearly as bad as many curmudgeons report.

What are some of the essential requirements to keep jazz alive and growing? One thing I see is that many (not all, but many) festivals, clubs and magazines could do even more to help the up and coming & underground musicians who can't afford huge publicity or marketing, or who don't have access to big time agents, labels and managers. A lot of really happening music gets missed on the international level and by large audiences and I think the risk-taking could be more, thus exposing big crowds to much more diverse music. Some festivals for example get hundreds of thousands (or even millions) in corporate sponsorship and government grants, and some have no obligation at all to turn a profit. They could easily program even more underground and experimental music than they do, rather than programming the same old safe bets or whatever the latest fad is.