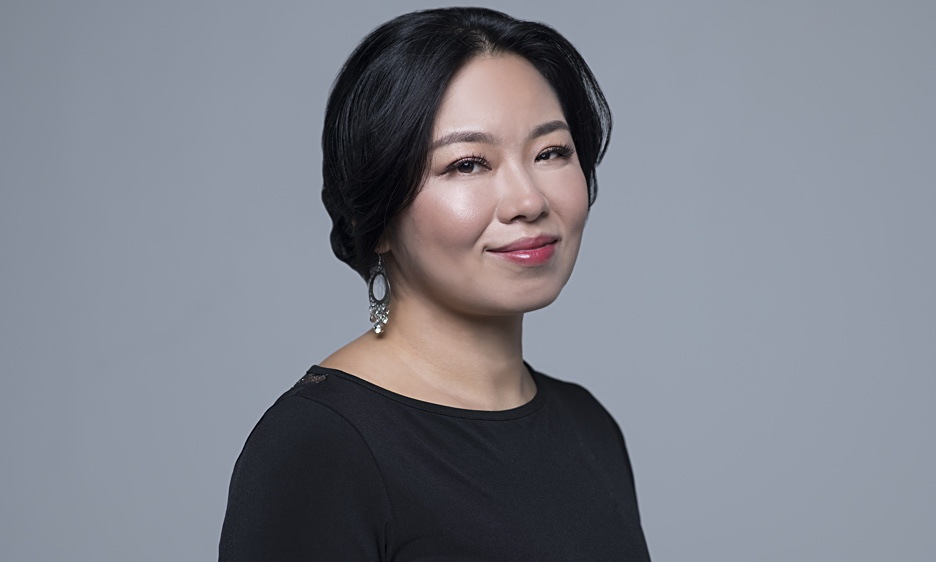 A native of Taiwan, Mavis Pan has performed her original works (orchestral, choral, jazz, chamber music, solo instrumental, and vocal) throughout the United States, Europe, Middle East, and Asia. She fluently composes and performs in both classical and jazz styles and holds a B.M. in Jazz Piano Performance from New York University, M.A. in Music from Columbia University, M.A. in Urban Theology from Westminster Theological Seminary, and an M.M. in Music Composition from Brooklyn College Conservatory of Music.

Pan's choral work, A Christmas Carol, was recorded by the Kiev Philharmonic under the ERM label, and following the release of her debut jazz album On My Way Home in 2010 she spent a year in Shanghai, China where she performed and served as a piano instructor and translator for the Jazz Intensive Music Camp. Her second piano solo album Not Alone was released in December of 2016 and was distributed in the USA and China. Her third album, Set For Love, was produced by Grammy-Award-winning drummer Ulysses Owens, Jr. and co-written with lyricist David Keyes; it was released May 2019.

My first jazz vocal teacher is Anne Phillips. She is the teacher really triggered my interest in jazz while I sang at her jazz choir at NYU. During my undergraduate years at NYU as a jazz piano major, I also studied with jazz pianists Don Friedman, Frank Kimbrough, and Pete Malinverni and classical piano with Fabio Gardenal. I continued my studies at Columbia University, where I studied conducting and classical voice with Maestro Dino Anagnost and earned a Master's Degree in Music and Music Education. Later, I got into composition in my thirties and returned to school at Brooklyn College Conservatory of Music for a Master of Music in Composition, where I studied classical composition with renowned contemporary composers Tania León and Dalit Warshaw. Over the past years I have also been taking orchestration, instrumental conducting, and advanced composition classes at Juilliard School Evening Division, alongside my private voice coach, Katherine Johnson.

When I was 10 years old, I was introduced to a piano teacher who only takes students who are seriously pursuing the path of a musician and two years later I was enrolled in a specialized music school from 12 to 16 receiving vigorous musical training. Though I was classically trained growing up, my real dream was to be a songwriter-singer and I even went on a singing competition when I was 16, hopefully to get a record deal. When I immigrated to America at the age of 17, I lost my ability to express myself verbally since I didn't speak English, therefore music became the only place I could express myself and regain my confidence.

Two of my favorite things to do in life are singing and dancing. Therefore I still love beautiful melodies and rhythmic grooves in my body. The older I get, I more I prefer simplicity over virtuosity, and I try to produce sounds that are round, soothing like a smooth wine. However, once a while I still create some complex and edgy sounds to add spice to a mundane Life.

With two decades of teaching experience, I have learned that students need to feel that you believe in them. Everyone is on a different learning curve and my job is to bring out the best of them and help them to reach their highest potential. Therefore I try to create a safe learning environment that my students feel loved and respected around me rather than being beaten up with condescending criticisms.

As a composer and conductor, I really hope one day I can lead an orchestra that is different than standard jazz orchestra. It will be a new hybrid of jazz, contemporary classical music, and world music with horns, strings, a rhythm section, and ethnic instruments.

One memorable experience is flying on Emirates to a concert in Saudi Arabia. I was fortunate to be bumped up to business class from Dubai to Jeddah. It was nice to be on a luxurious Emirates plane with bar lounge, but I was disappointed that there were no alcohol being served to Saudi Arabia nor a cute bartender I could flirt with like Jennifer Aniston did in the commercial :) I can't really remember a bad experience. I love traveling and being on the road when I can. So far it has all been good, or I am just too old to remember the bad.

I have made three albums so far and the latest one Set for Love is my favorite. It fulfills my childhood dream to be a singer-songwriter and each track is produced with a loving family of top musicians, engineers, producers and lyricist. It also helped me to make peace with a scar after a very tragic and painful breakup and to know that no matter what unexpected turns life throws at you, it is all good for the music.

I think my versatility communicates inclusiveness to people from all musical and racial backgrounds, it celebrates unity instead of division, and it speaks for my courage to have my voice being heard as a woman of color in jazz.

Besides my musical training, I also have a master's degree in theology from Westminster Theological seminary. Some churches still will not allow women to preach, but it never says in the Bible that women can't be stand up comedian. Therefore I like to mix my jazz act with funny/edgy jokes.

I can't remember what was the first jazz album I bought but I do remember what really made me understand the spirit and beauty of jazz is John Coltrane's "My Favorite Things." It has a great musical and spiritual impact on me as a jazz musician.

It is still a male-dominated field and I would like to see more women on the band stands. Lots of jazz musicians still struggle to make a living and jazz should not just happen in the clubs, it should be taught also in school and performed in concert halls.

Jazz is an abstract art form, and my goal is to bring jazz to places where people have not been exposed to jazz and introduce this complex music in a way such that people can relate to and understand it. That is why I made this vocal album and I hope to deliver this profound message of love in the accessible language to the general public.

I am constantly wearing two hats with jazz and classical. Right now I am working on a string orchestra piece for my summer composition program in Paris, which is due on July 12. I will be in Taiwan and Shanghai to promote my album in September then be back in October to premier my classical piano trio piece for my newly formed composer group "Pitches Brew." In the meanwhile, I am still looking for opportunity and funding to premier my piano concerto.

I don't really have stage fright performing jazz as I am a natural improviser, but to perform solo classical piano piece by memory is now nearly impossible as it is getting harder and harder to memorize music unless I wrote them myself.

I wrote a piece "Dia de los Muertos" for violin and organ and it was one of my favorite works and it has never been performed so I would love to had it been played at my memorial service.