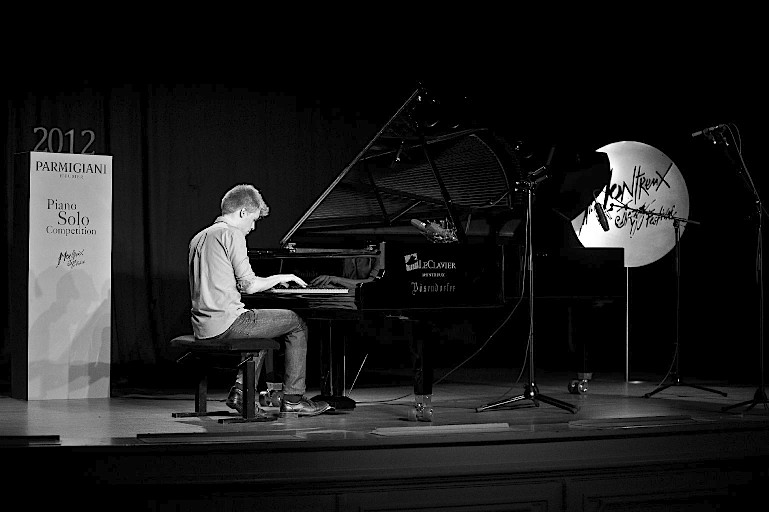 Born in Bowral, Australia. Lived in Sydney, Melbourne, Adelaide before leaving for the US at 22 to complete my Masters at the New England Conservatory in Boston.

Released first CD as a leader in 2012, Every Eight Seconds.

I was given a glockenspiel for my third Christmas. Then demanded a piano.

Studying with Fred Hersch and Jason Moran really reformed the way I approach playing the piano. in a nutshell, I approach playing in a more "holistic" way, concerning myself with the overall effect of what I'm playing rather than becoming obsessed with each note.

I feel I spend half my life commuting on the NYC subway so I think a lot about this, and my description/ opinion changes every week. Despite the fact that nothing really sells and it can be a real uphill battle to make a living as a creative musician, there is really so much diversity within the genre today, and so much of it is very exciting, has unpredictable influences, and is inspired in a unique way. One thing stays the same in my mind: I just really don't like the word "Jazz," but then again the "Impressionists" and "Minimalists" hated the terms they were given, too.