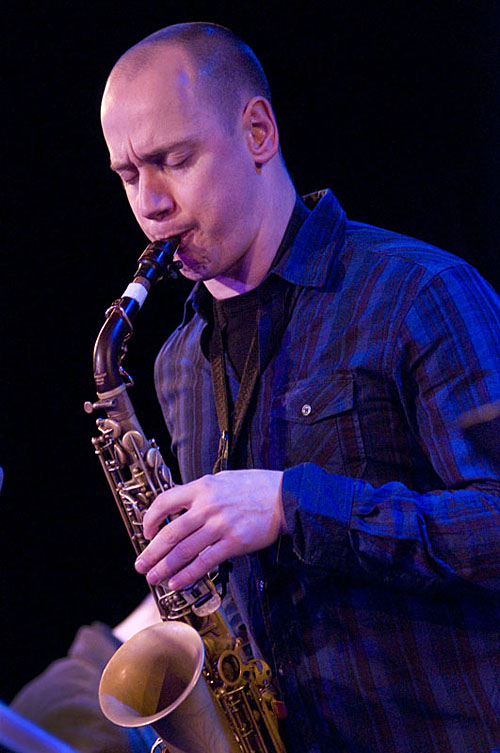 Born in Amsterdam, Netherlands, Lars was introduced to the saxophone at the age of 10. After performing a duo TV show with famed jazz pianist Herbie Hancock, Dietrich decided to pursue a career in music. At the age of fifteen he got accepted to study saxophone at the Conservatory of Amsterdam. In 2005 after completing his Masters in Music degree in Amsterdam Lars received a full scholarship from Manhattan School of Music, Dietrich moved to New York and studied under Dick Oatts and Dave Liebman. As a leader Dietrich released his well-reviewed 2009 debut, Breek de Grond, and his 2011 solo album, Stand Alone.

I knew I wanted to be a musician when... I heard the saxophone for the first time.

Your sound and approach to music: Be yourself. Cultivate who you are.

Your teaching approach: Technique comes first. Expression comes from yourself.

As for now, I make solo albums. When I'm done exploring this side I hope to play with as many of my peers and heros as possible.

Bimhuis, without question. Best everything. For festivals I would say the North Sea Jazz Festival.

Your favorite recording in your discography and why? My new album, Stand Alone. Because it's the album closest to reaching my goal as a musician.

The first Jazz album I bought was: Birth of the Cool, by Miles Davis.

What do you think is the most important thing you are contributing musically? A hyper-condensed and cultivated expression of who I am. I think it is the only thing I and my peers have to offer that's truly unique.

my biggest interest next to music is space travel, time travel and everything else that has to do with the understanding and exploration of the idea that we are a collective group of primates floating around on a giant ball through a vast and unexplored space.

CDs you are listening to now: Tod Dockstader, Apocalypse;

John Coltrane, At the Half Note;

How would you describe the state of jazz today? Not that good. I think there's an ongoing misconception that you need to be someone else before you can be yourself in Jazz music. Just be you. All the greats in music were solely concerned with the expression of what they had to offer.

What is in the near future? My third album.

If I weren't a jazz musician, I would be a: An Astrologer.