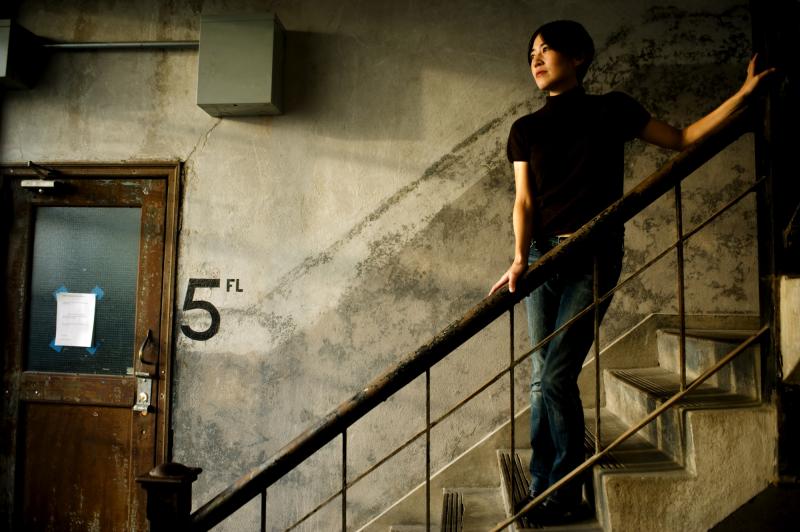 By KYOKO KITAMURA
April 18, 2012
Sign in to view read count
Meet Kyoko Kitamura:
A former journalist with childhood piano training at Juilliard Pre-College and a stint as a one-time war reporter on her résumé, Kyoko Kitamura is an oddball vocal improviser and composer who has performed and/or recorded with many distinguished musicians including Anthony Braxton, Reggie Workman, Steve Coleman, Jim Staley and Taylor Ho Bynum. Recently, she appears on Trillium E (New Braxton House 2011), the first ever studio-recording of an Anthony Braxton opera, and released her first solo album, Armadillo In Sunset Park, a collection of music written for the New York-based dance company Mark Lamb Dance.

She currently works with Anthony Braxton as a vocalist in his Tri-Centric Orchestra, and as a board member of his Tri-Centric Foundation. Her own songs are often based on her real-life experiences. AllMusicGuide calls her "major asset... Kitamura is an expressive vocalist who knows how to be quirky and eccentric but is also quite musical."

Your sound and approach to music:
Honesty.

Your dream band:
Set a specific time for the whole earth and simultaneously have the entire population sing long tones for 10 minutes.

Favorite venue:
I love venues which are part of the history of the scene. Roulette and Downtown Music Gallery would definitely be two of my favorites.

By Day:
Mom, which is a day and night job.