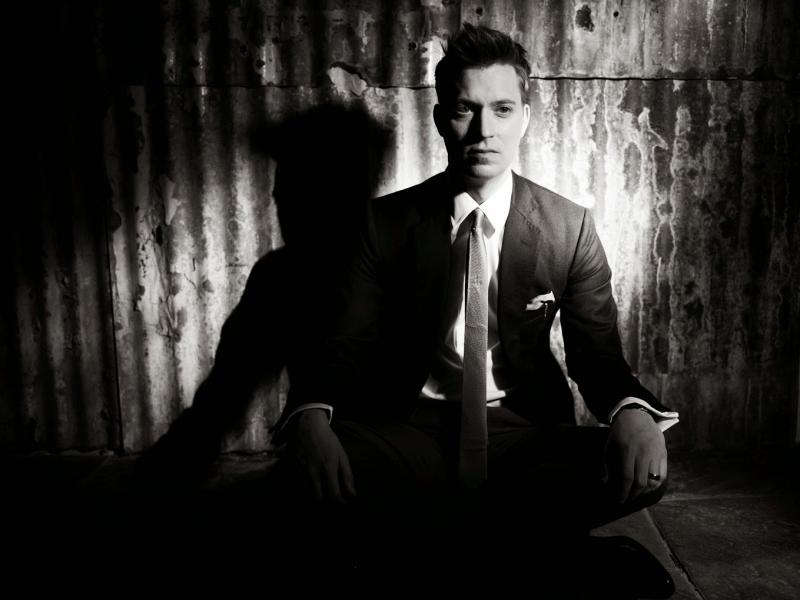 view slideshow
By Kevin Ahart
August 22, 2014
Sign in to view read count
Meet Kevin Ahart:
I'm a native of Austin, Texas but swapped my cowboy boots for a tuxedo when, at age five, I started singing the Great American Songbook—I've been at it ever since. My debut album, Let's Take the World featuring Jane Monheit and Jeff Franzel, and recorded by Phil Ramone, is out June 23—you can listen to it here: https://soundcloud.com/ahartmusic
I'm also pretty excited about playing two London dates on June 17 at the Pheasantry at Pizza Express, King's Rd and June 18 at The Spice of Life, 6 Moor Street, Soho, London, W1D 5NA.

Teachers and/or influences?
I currently have a teacher keeping an eye out for me here in Austin, Tx, a brilliant jazz singer, Donna Menthol. She is a disciple of Bobby McFerrin. Influences are all over the place. Frank Sinatra to Lou Rawls, Billie Holiday to Aretha Franklin. Lately, outside of the jazz frame, Bill Withers has become a huge influence.

I knew I wanted to be a musician when...
I sang "In The Wee Small Hrs" for my 9th grade choir talent show. I came out in white tails-not sure I've ever equalled that performance since.

Your sound and approach to music:
Well, I initially learned the back phrasing and swinging technique of the classic vocal era. I'm still very much within that form, but as I grow older, my southern roots have been creeping in as I gravitate to a more bluesy and soulful attack.

Road story: Your best or worst experience:
I opened for Chris Isaak for a big fund raiser at The Ritz Carlton Hotel on Grand Cayman. Long story, but it's full of stress, humor, and exhilaration. In short, my pianist lost his passport and event planner so I had to find someone who could play. I didn't even know if I could go till last the minute (requiring a late night drive to Houston-crashing at friends' for 2 hrs then rushing to the airport at 5am). I made it to the island but without luggage or music. In the end and after a few heart attacks it worked out. It was all worth while when a very kind gentleman shakes my hand and says "Hi, I'm Chris."

Favorite venue:
Though I haven't played there, I'd have to say Carnegie Hall. I was able to walk on the main stage once during a show prep. Simply magnificent.

Your favorite recording in your discography and why?
I'd have to say Sinatra's One For My Baby. It's culmination of the perfect song for the perfect singer and perfect arrangement, not to mention technical recording. Did you know the piano is not mic'd? It was Frank's mic that's picking up the piano, giving that distant saloon piano effect.

What do you think is the most important thing you are contributing musically?
Hopefully, it's the writing—trying to create new material that could easily fit inside a book of standards.

Did you know...
In one of my previous jobs I coached high school basketball for a year.

How would you describe the state of jazz today?
All over the place...not in a bad way. There are so many different forms of jazz. Many artists don't even like the label of jazz but just call it music. I think overall it's healthy, experimental, and always pushing the limits. Vocal jazz specifically has made a resurgence into popular culture thanks to the likes of Connick, Buble, Krall, etc.

What are some of the essential requirements to keep jazz alive and growing?
Thinking forward. I think too many marketers want to keep jazz antiquated...keeping it in it's 'golden era': "Step back into the 30's and 40's and enjoy some JAZZ" type thing. Look at Kurt Elling. Genius. Always looking forward (even when he's doing older covers). That's cool, that's current. Jamie Cullum's jazzier material is another perfect example. Market it that way!!

What is in the near future?
My debut album, Let's Take the World is out on June 23—you can listen to it here: https://soundcloud.com/ahartmusic
I'm also pretty excited about playing two London dates on June 17 at the Pheasantry at Pizza Express, King's Rd and June 18 at The Spice of Life, 6 Moor Street, Soho, London, W1D 5NA

What song would you like played at your funeral?
Definitely not "My Way";) Good question. Maybe "God Bless The Child" by Billie Holiday.

What is your favorite song to whistle or sing in the shower?
Lately, "Yesterday" (The Beatles of course)

If I weren't a jazz musician, I would be a:
A golf professional. Whether it be competing or teaching. 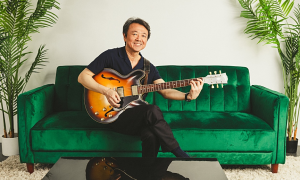 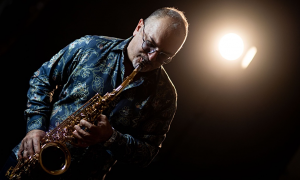