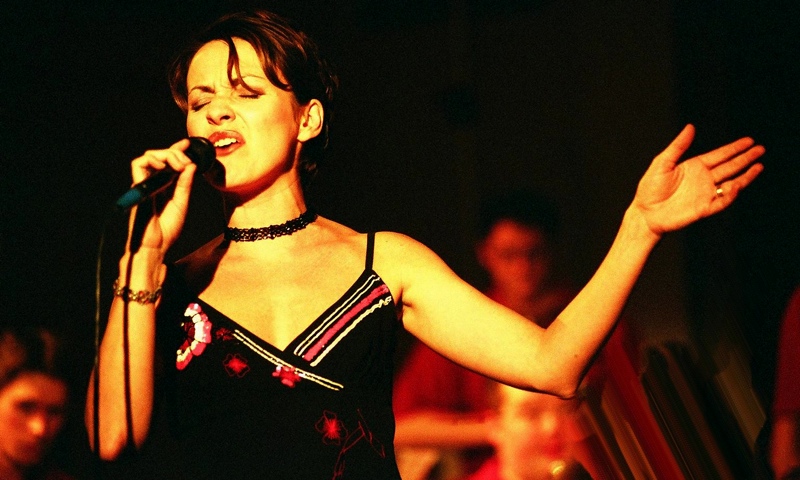 As well as being an accomplished songwriter as evidenced on several of her albums, Lane brings refreshing revamps to standards such as "Lullaby of Birdland," "Love Me or Leave Me." Her arrangements, driven by groove or counterpoint, reflect Lane's heritage as a soul singer in Sydney's Kings Cross in the 1990's. Her undulating and evocative vocals blend traditional resonance with decidedly modern inflections. She has a love of Brazilian music and released a dedicated Bossa Nova album—Taste which was described in Jazzwise as:

"So laid back that to listen to it, you risk slipping a disc—delightful. Perfect for those balmy summer evenings—a genuinely heartfelt homage to the profound allure of bossa nova." —Jazzwise

Teachers and/or influences?
Sarah Vaughan was my first real influence as a jazz singer and I listen to her for hours. I loved Sarah's slightly classical approach as my first singing teacher was classical and so I could relate to her sound and technique. After that I branched out to include Ella Fitzgerald—wow and Billie Holiday, though I was never fully taken with Billie probably due to the scratchiness of the recordings.

Next I was drawn to Nina Simone and Dianne Reeves, then much later after I'd arrived in the UK, I was obsessed with Shirley Horn, who I was lucky enough to experience by almost random chance singing live in her hometown Washington DC at the Bohemian Caverns in 2000, that was amazing. Her restrained understated laid back delivery struck me most, as well as her musicianship which influenced me significantly before my first recording "Once in a Lifetime" on which I covered, "Here's to Life."

Having sung a lot of Soul in Sydney I was also influenced by Aretha Franklin, Ann Peebles and Mavis Staples. Later that led me to more funky contemporary musicians and songwriters such as MeShell NdegeOcello the amazing bassist, Rachelle Farrell fascinating and inspiring me as well as Erykah Badu whose exquisite performance art, I was lucky to witness at North Sea jazz.

Then there is the whole Brazillian genre—where I have found inspiration in Joao Gilberto, Jon Hendricks, Astrud Gilberto, Antonio Carlos Jobim, Elis Regina and Paula Morelenbaum.

Later as a more experienced singer I have been focused on Eva Cassidy and younger inspiring singers like Kate McGarry and Canadian Elizabeth Shepherd who is amazing.

Also recently in the vocal styling of Nancy Wilson (and her predecessor Dinah Washington) I just love their bluesy direct delivery.

I knew I wanted to be a musician when...
When I spent hours every Saturday afternoon singing into my hairbrush, with my best friend, Kylie. Also as a fourth child I pretty much taught myself piano by aged 6 to be like the others.

Your sound and approach to music:
Do what ever feels right at the moment. Don't try to second guess your audience and what they might want to hear. I usually arrange songs starting with a rhythmic idea for the bass or a feel for the drums which will then define how the song develops when collaborating with the band.

Your teaching approach:
Follow their lead. There is never a fix all approach or a one glove fits all—in terms of techniques for learning and teaching singing. I stay away from hyped teaching techniques—but ensure I am informed about all the latest approaches by continuing professional development—which the British Voice Association are great for. I draw techniques from a variety of approaches.

Always listen to the student singing a full song to assess various strengths and weakness before launching your fix it campaign.

I try to inspire, encourage and support singer as it is such a vulnerable instrument. Feedback but never criticize.

Your dream band:
I feel I have worked with many "dream bands" and musicians and feel immensely privileged to have done so.

One person I'd love to work with is pianist Bruce Barth and perhaps also with Rene Marie, she's a blast!

Road story: Your best or worst experience:
Probably my funniest experience was when I was about to get onto a stage in a west London Jazz club and the stiletto heel fell off one shoe. I was forced to go bare feet—but then that's rather bohemian these days I guess.

Favorite venue:
Pizza Express Jazz Club in Soho London—is probably my favourite venue as it is an intimate setting. The quality of sound there is generally great thanks to Luke who has been the regular sound guy there for sometime now.

I also love performing on larger festival type stages as the sound is generally well invested in.

Your favorite recording in your discography and why?
I love the recent recording of "Don't Explain" (Billie Holiday)—as it infuses a modern swinging slightly reggae lilt to a superb song usually done as a ballad. It is a great update of the song in my mind, an idea I conceived for a student in a lesson and then decided to keep for myself!

The first Jazz album I bought was:
Sarah Vaughan—Live in Japan

What do you think is the most important thing you are contributing musically?
I wouldn't like to punch higher than my station here but I hope I've recorded some nice music for people to cherish and just enjoy.

Did you know...
I have 3 daughters:
Saskia—a violinist and dancer
Ophelia—a style blogger and photographer
Aurora—too young to know, but likely to be an actor or the official drama queen!

My husband Tom Horton—worked on the film "The Kings Speech" and was recently nominated for an Emmy award.

and I am a wanna be pianist. Hopefully when I am older I'll have more time to explore playing the piano.

How would you describe the state of jazz today?
I think the live scene certainly in London is flailing somewhat. It seems hard to get audiences to come out as there is so much on offer in terms of other entertainment choices. It's hard to attract the younger crowd. I am hopeful in some other cities that is may be more vibrant. Musicians continue on creating great music in London but it is harder to command reasonable fees and make a living.

What are some of the essential requirements to keep jazz alive and growing?
Get a younger crowd interested in Jazz from all walks of life. Create educational access to young children by bringing inspirational workshops to schools for them to participate in and perhaps develop and interest in playing an instrument. Make learning instruments more financial accessible to all. Keep it real and not too exclusive or high brow.

What is in the near future?
I am in the process of a establishing new band as a Tribute to Nancy Wilson/Cannonball Adderley featuring the Fishwick brothers, Matt Fishwick on drums and Steve on trumpet. Veterans saxophonist Ray Warleigh and Simon Woolf on bass plus very talented new comer Gabriel Latchin. Very Exciting and slightly daunting!

What's your greatest fear when you perform?
No huge fears, I love performing and the stage is the place where I most feel at home. I have been a performer since I was about 8 years old. I guess there are nerves that you might hit a bum not or that the crowd or a reviewer won't dig it and someone might walk out. But when I am performing with my band or musicians whom I trust implicitly, it's the stage is a very safe fun place to be.

What song would you like played at your funeral?
"Take a Little Time to Smile" (Dave Barbour, Peggy Lee) Or any Bossa Nova.

What is your favorite song to whistle or sing in the shower?
"Smile" by Charlie Chaplin.

By Day:
I teach singing lessons and give private voice therapy or vocal coaching sessions to make ends meet. I also spend a lot of time as taxi driver, cook, cleaner and general hand to my three children.

If I weren't a jazz musician, I would be a:
A photographer or make up artist.

Do I speak any other languages?
No regretfully only English and some Portuguese for singing! I hope to rectify that too in my old age.