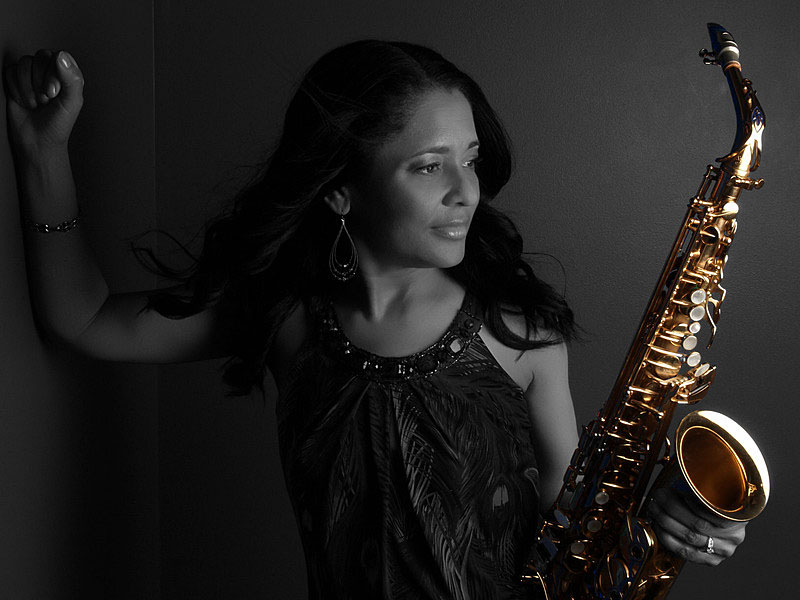 By JOYCE SPENCER
May 22, 2011
Sign in to view read count
Meet Joyce Spencer:

A native of South Louisiana, Joyce Spencer began playing the clarinet in 5th grade, but switched to tenor saxophone in the 12th. During this time, her musical influence included blues, jazz, zydeco, gospel, classical and R&B. She later included the alto sax and flute at McNeese State University where she received a bachelor's degree in instrumental music education. After a 20-year hiatus, Joyce began playing again in churches and many other venues. After several attempts to collaborate with others, she composed and self- produced her own CD, Sweet Dreams. The CD is a collection of instrumental (alto/soprano sax and flute) and vocal music created to calm, sooth, and bring healing to the deep recesses of your soul. Her music has been labeled Christian, Inspirational Jazz, Smooth Jazz, and Smooth/Contemporary Gospel, but she plays all styles, including straight-ahead and mainstream jazz.

I was influenced by Charlie Parker, John Coltrane, Ronnie Laws, Kenny G and David Sanborn, to name a few.

....in high school, my big brother introduced me to the music of The Crusaders and Weather Report.

I'm always listening and improving my sound to mimic a soulful human voice. I want the listener to "hear me sing" through the sax. It's like medicine to the soul. I love "lush sounds" which is why I love the Camille Saint- Seans, classical composer. David Sanborn is an excellent example in the modern jazz era. However, I also love the edgy, growling sounds, too, where I'm "singing" on my sax it like Aretha Franklin. And, of course, David Sanborn is an example of this, too.

Since I have my dream band, I would love to work with Jonathan Butler, Kirk Whalum, Ben Tankard, Kenny G, Candy Dulfer, Gerald Albright and David Sanborn. I do believe a dream band is not just having great musicians, but having great people.

The title track to Sweet Dreams. I love the soft and smooth melody and texture of this track. In this composition, I strayed away from the complicated and/or usual chord progressions to create something new, but yet familiar.

It was either John Coltrane, Jeff Lorber or Spyro Gyra.

Music that will soothe the savage beast and not create one.