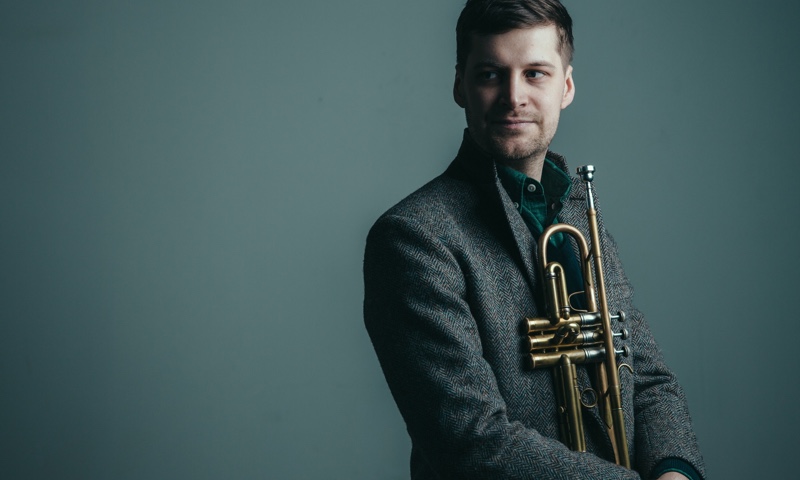 By JOHN RAYMOND
April 16, 2015
Sign in to view read count
Meet John Raymond:
John Raymond has been making a name for himself as one of the most promising, up-and-coming jazz musicians in New York. Originally from Minneapolis, MN, John performs regularly with musicians such as Billy Hart, Orrin Evans, Linda May Han Oh, Ethan Iverson and Gilad Hekselman among others. He has recently been a featured artist at the NYC Winter Jazz Festival as well as the FONT Festival, and has also performed at notable events such as the Austin City Limits Music Festival and on NPR's Toast of the Nation New Year's Eve celebration. His latest album Foreign Territory (Fresh Sound/New Talent) includes an all-star cast of musicians including legendary drummer Billy Hart, pianist Dan Tepfer and bassist Joe Martin. The album contains mostly original music of which his composition "Deeper" was recently chosen as a winner of the 2015 Herb Alpert Young Jazz Composer Award presented by ASCAP.

Your teaching approach:
I challenge students to grow as well-rounded musicians beyond what they know they can do, as well as seek to cultivate their character as they pursue music.

Did you know...
I not so secretly cheer for the Green Bay Packers.

What are some of the essential requirements to keep jazz alive and growing?
Continued, relentless pursuit of growth by musicians to create music that engages audiences in a memorable way, jazz club owners that desire to make their clubs about the music first, and patronage from the public to support musicians in creating music that is beneficial for the global community of people.

I knew I wanted to be a musician when...
I heard a bootleg of Nicholas Payton live at the Dakota Jazz Club in St. Paul, Minnesota in the early 2000's. I still remember where I was when I heard it!

Your dream band
I always try to bring musicians together who are open to the music going in lots of different directions as well as have a similar vision for the music we're playing, yet complement each other in unique ways to bring different things out of each other. Bill Frisell and Brian Blade are two that come to mind.

What do you think is the most important thing you are contributing musically?
Being a subtle and understated trumpet player.

What is in the near future?
I'll be touring some with my quartet, as well as releasing and album and touring in the Fall with my "Roots" Trio—a new band of mine including Gilad Hekselman and Colin Stranahan. I'm also learning how to be a dad -my daughter Nora was born on February 17, 2015!

By Day:
Teaching at the United Nations International School.