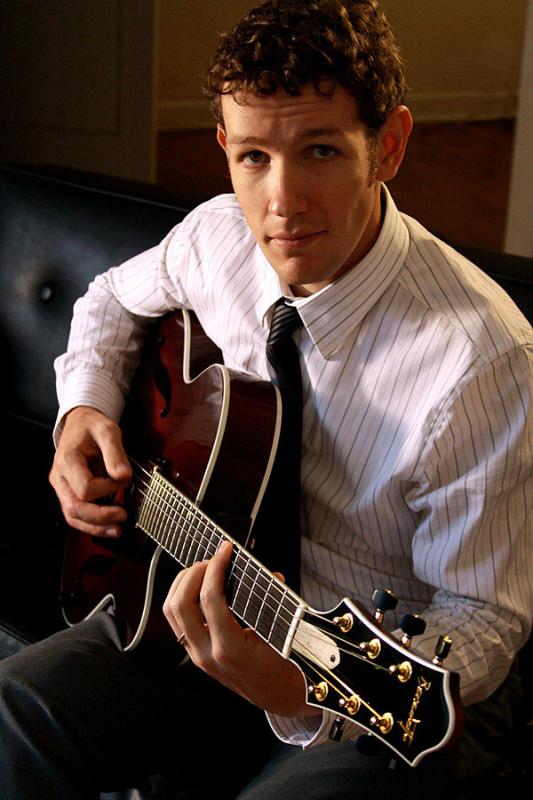 Based in Savannah, Georgia, Jackson is known throughout the southeast as an in-demand band leader, composer, arranger and accompanist. In addition to organizing several regional tours he has performed in concert series and festivals including an appearance as a featured guest at the Savannah Jazz Festival.

Jackson holds a BM from Utah State University where, as an undergraduate student, he had the opportunity to teach beginning guitar courses. His reputation as a personable and patient teacher has made him the most sought after guitar instructor in coastal Georgia and South Carolina. Jackson has taught and developed curriculum for community programs, conducted clinics and seminars, and currently maintains a full private studio of more than thirty students.

Jackson will be joining his wife Maggie in Hangzhou, China from September 2011 to July 2012 while she participates in a scholar in residence program at the China Academy of Art. Jackson plans to use the time to write music and play with new musicians.

I knew I wanted to be a musician when...
My grandfather took me to see my guitar teacher play with a trio at a nearby university museum. It was love at first bop.

Your sound and approach to music:
I've learned over the last several years that one cannot necessarily choose how they sound. Your sound chooses you-it reflects your personality.

Your teaching approach:
I'm very honest as a teacher. I won't tell a student that they have done well when they haven't. That makes the compliments I give much more meaningful and it also challenges the student to perform better. Unlike many jazz musicians I prefer beginning students; I find it more rewarding to identify and emphasize a student's strengths than to waste time trying to break bad musical habits.

Your dream band:
I can't think of any specific players but everyone would have to be in it for the whole sound.

Road story: Your best or worst experience:
Food poisoning! We were playing in Knoxville, TN and I had a "full" feeling when we ate after the gig. By morning war had been declared and the eight hour drive back to Savannah was the worst car ride of my life. I missed a local gig that night and poor Maggie had to play with a very inadequate pianist assigned by the club owner.

Favorite venue:
I don't think it's fair to single out a specific venue as I've been treated really well by many people in the industry. What I can say is that I definitely prefer concerts to club dates... I'm totally addicted to captive audiences.

Your favorite recording in your discography and why?
Song Noir, my newest release, of course! Every time I record I feel like I learn a million new things to use on the next record. I get the feeling "my newest release" will always be my favorite.

The first Jazz album I bought was:
I bought used copies of John Coltrane's My Favorite Things, and a live Dave Brubeck album with Gerry Mulligan.

What do you think is the most important thing you are contributing musically?
Character. I've always been a bit of an iconoclast. In fact jazz appealed to me as a teenager because my peers were not into it. They were all rock guys. Because of this mentality I always want to play distinctively even if it offends the critics.

Did you know...
I'm really into cycling. If you need me before noon in July, don't bother—I'm watching the Tour de France.

How would you describe the state of jazz today?
Jazz today is full of potential but I think the renegade spirit responsible for creating that potential is exactly what the public is being told it doesn't want.

What are some of the essential requirements to keep jazz alive and growing?
An appreciation for the arts. The only thing folding faster than jazz clubs are classical orchestras.

What is in the near future?
I'll be in China for the next year. I hope to do a lot of writing and playing while I'm there.

If I weren't a jazz musician, I would be a:
Probably a carpenter or home builder but ideally I'd be a professional cyclist.