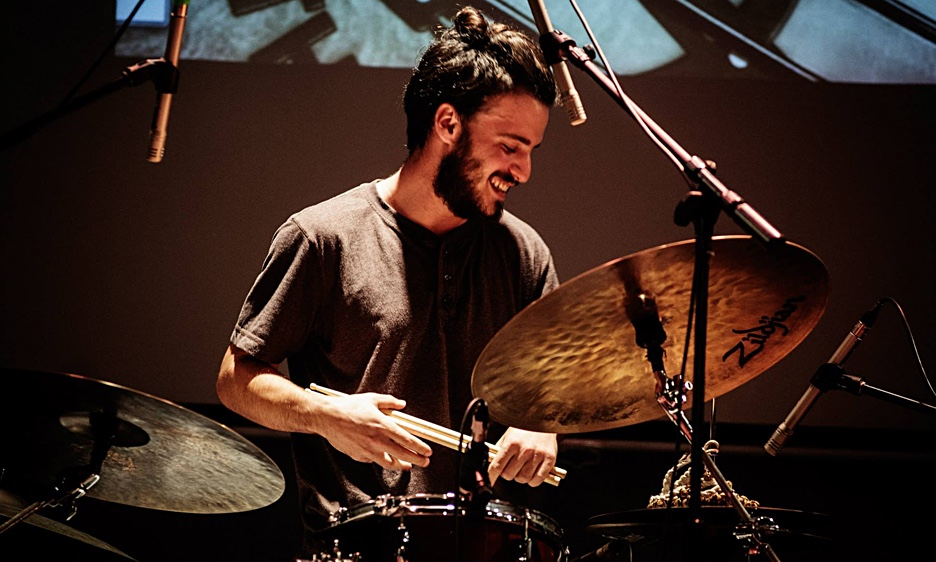 By GUY PAZ
March 19, 2019
Sign in to view read count
About Guy Paz:
Drummer, Composer, and Producer Guy Paz is one of the most accomplished musical voices emerging on the Israeli and US jazz, indie, funk, folk, pop, soul and R&B music scenes today. In his short time in the United States, Mr. Paz has gained international recognition as one of the most exciting and unique artists in the NYC music scene. Mr. Paz has recorded, performed and toured with many world renowned musicians and bands such as: Daryl Johns (Goodfight, The Lemon Twigs, Macy Gray), Nick Rashad Burroughs ("Kinky Boots"), Daniel Carter (William Parker, Federico Ughi, "Test"), Dida Pelled (Roy Hargrove, Gregory Hutchinson, Helik Hadar, Sam Yahel), Yuval Cohen (3 Cohens, Lee Konitz, Lew Soloff, Arnie Lawrence), Tamika Lawrence, Modern Diet, Mustardmind, Elizabeth Wyld, Courtney McKenna, and Naama Gheber. Since 2016, Mr. Paz has been the soloist drummer, co-leader, and producer of the influential Brooklyn based indie pop band, Goodfight. Mr. Paz is an extraordinary artist. He is renowned to create captivating performances through his uniquely sensitive and receptive approach to the drums. These skillful qualities have quickly made him one of the most in-demand drummers throughout NYC, the East Coast, and Israel.

Teachers and/or influences?
I had the privilege to study with some of the top musicians in NYC, such as: Dan Weiss, Chris Morrissey, Johnathan Blake, Hal Galper and Sam Yahel.

I knew I wanted to be a musician when...
I grew up in a musical environment as my dad is a musician himself. I remember my first performance in front of a big crowd, it was so stressful and uplifting at the same time. A few years later I knew that my favorite thing in the world is playing for people who appreciate the music. It is the best feeling in the world for me.

Your sound and approach to music:
My sound and influence are wide from early jazz drummer like "Big Sid" Catlett to Brazilian grooves and rock drumming like Ginger Baker and John Bonham.

Your teaching approach:
I enjoy sharing my knowledge and my unique approach to drums and music with my students. Each one develops a unique path of learning and approach to the instrument.

Your dream band:
Every time that I'm playing music with a friend written by a friend ! it is the best feeling in the world and there's nothing that compares to that. A dream band is something that I've never been able to relate to. My friends are some of the best musicians that I know and I feel so thankful every time that we play together.

Road story: Your best or worst experience:
While touring the East-Coast with Goodfight, there are a lot of good and bad experiences along the way. Whenever the venue is packed and people are singing along—that's the best experience. I like when people come to talk with me after the set to let me know how much fun they had watching me perform.

Favorite venue:
I had the honor of playing at the legendary Apollo Theater in Harlem. I was performing as the lead drummer for James Brown Live Tribute band. Some other great venues that I like are: Joe's Pub, Union Pool, Rockwood Music Hall...

Your favorite recording in your discography and why?
Goodfight debut album Florida Room is my favorite recording that I played on. We recorded all of the songs in one session with no metronome, all together in the same room and it feels so raw and real.

The first Jazz album I bought was:
My mom got my dad the first album i really listened to. It was Avishai Cohen's Continuo and it changed my life.

What do you think is the most important thing you are contributing musically?
A drum part is not only to keep a groove. A good drum part is one that boosts the song also in a creative and soulful way. Drum fills are important in the same way that time keeping and decent groove is.

What are some of the essential requirements to keep jazz alive and growing?
Keep on writing and creating new music. Keep exploring and playing other music genres from around the world. There's no right or wrong way of doing it.

What is in the near future?
I'm going on a tour in Israel starting May 18, 2019. I'm gonna play with my quintet in some of the top music venues around the country such as: Beit Haamudim, Levontin 7, The Zone, Rega Cafe and more... Stay tuned!

What is your favorite song to whistle or sing in the shower?
"Round Midnight."