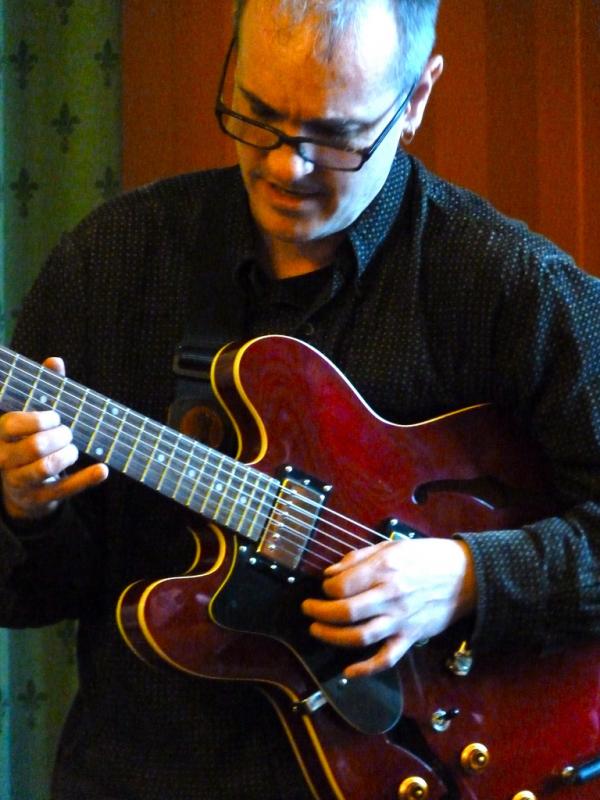 I am a guitarist and composer based in Rochester, UK. I've been performing, composing, as well as producing and engineering records for over 30 years. I've worked in a vast range of styles and genres including straight-ahead jazz, fusion, rock, trash, improvisation, and electronica. I have produced records for other artists covering everything from early music to contemporary urban, most of which were realized in a tiny 8/16-track studio I run in Leeds.

In 2010, I was offered the opportunity to create a new project for the Harrogate International Festival. The result was Pantechnicon (Pantechnicon Recordings, 2011), a suite of eight compositions and a sextet—featuring, amongst others, violinist Graham Clark and saxophonist Phil Meadows — to perform them. This project was later recorded and released on my own label Pantechnicon Recordings in 2011.

In August 2013 I've recorded a three-track solo EP, Daylight, which in a Tutu like way, combines live playing and programming. It focuses very much on the compositions. I'm thinking of recording an accompanying EP of improvisations when the opportunity arises.

When I was about 11, I saw a newspaper advert for the Melody Maker, which stated, "When Robert Plant of Led Zeppelin talks, he talks to Melody Maker." I was immediately captivated by the idea that there were bands wich such strange and exotic names like Led Zeppelin, peopled by guys who looked as amazing as Robert Plant.

My roots are in the electric of the '70s and I think most of what I do retains that flavor.

Guy Hatton's Pantechnicon. It sums up my influences and compositional instincts better than anything I've done previously.

Interesting—there are a lot of really bold ideas out there, but the scene needs better support. Countries where the arts are valued and promoted with public funding are leading the way.

By all means look back appreciate and understand the music's past, but always look and think forward when creating new music. Don't be afraid of experimenting.

That I will suddenly and irrevocably forget every single piece of music I'm supposed to be playing.

Neurotic wreck; maybe I already am.