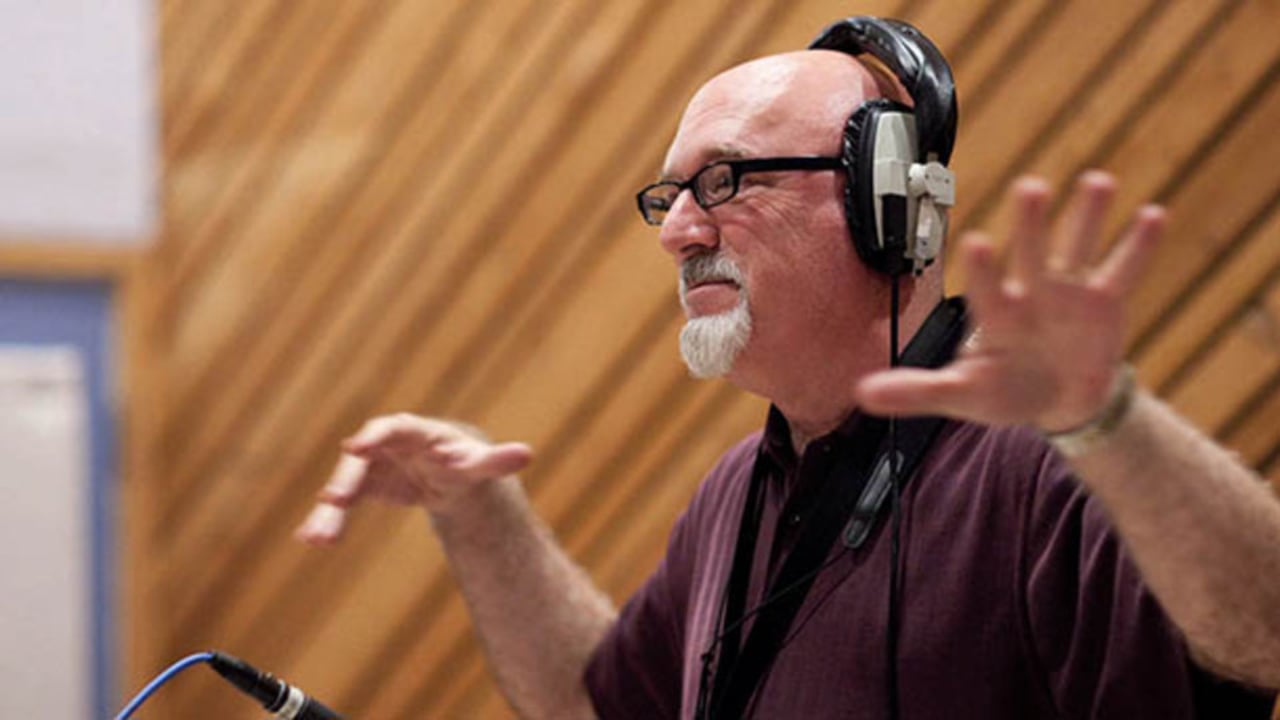 Born and raised in San Francisco, CA., Frank started on the clarinet at the age of ten years old. Soon afterward he began studies on bassoon, saxophone and flute. By the age of fourteen he began studying composition, writing jazz and classical pieces for his high school band and orchestra and for jazz ensembles that rehearsed at the local union hall, including trumpeter Mike Vax's Big Band.

In 1975-76 Frank wrote jazz/classical hybrid works that were performed by the San Francisco Symphony and local professional jazz musicians at the Summer Music Workshop Programs, and he composed and conducted an orchestral overture for his high school graduation ceremony. During this time period he also performed and arranged music for contemporary dance bands in the Bay Area.

In 1976 Frank attended Berklee College of Music, studying woodwinds with Joseph Viola, Joe Allard, Steve Grossman and composition/arranging with Herb Pomeroy, Phil Wilson, Greg Hopkins, Tony Texiera, and Ken Pullig. From 1976-80 he performed and composed for the top student ensembles as well as performing with his own ensembles. He received a National Endowment Grant for the Arts to compose a 90 minute continuous jazz/ classical suite for large ensemble. He also won Down Beat magazine's DB award for original big band composition in 1979.

After graduating with a degree in traditional composition, Frank taught at Berklee at the tender age of 20, as well as performed throughout the New England area with his 8-piece fusion group, 'Booga-Booga.' In 1981 Frank moved back to the San Francisco area where he continued working as a musician and composer/arranger over the next ten years, performing concerts with such artists as Ella Fitzgerald, Rita Moreno, Tony Bennett, Jack Jones, Clare Fischer, Chuck Mangione, and the Temptations, to name a few. He performed with local groups such as The Bay Area Jazz Composers Orchestra, Mike Vax's Great American Jazz Band, Royal Street, the Dick Bright Orchestra and the Melotones. He also led his own original groups, including The Gleets, Desperate Character and The Frankie Maximum Band. In 1989 he recorded Introducing Frankie Maximum, an eclectic CD that showcased original material in a variety of styles, from new wave to polka. He followed that with the CD Frankie Maximum Goes Way-er Out West, a wild romp through traditional cowboy folksongs, done with new treatments (Ringo as a hip-hop jazz tune!?). This 1991 album received much critical praise including being named one of the top ten albums of the year by the Oakland Tribune

In 1991 Frank toured Germany performing in productions of West Side Story and 42nd Street, and when that tour was over, he found himself in Los Angeles, where he has remained ever since. Since 1992 he has worked as a composer/orchestrator on many films and television projects, including Superman Returns, Pirates of the Carribean 3, Fantastic Four-Rise of the Silver Surfer, Transformers, Miracle, X2-Xmen United, Men of Honor, Eight Legged Freaks, Ghosts of the Abyss, Austin Powers:Goldmember, The Contender, The Apt Pupil, Santa Clause 2, and television shows Night Visions, Nickelodeon's Oh Yeah Cartoons,Disney's Oliver Twist, and the Tonight Show. In 2003 he completed his latest CD, The Galapagos Suite, a six movement suite based on the animals of the Galapagos Islands, where he and his wife Tracy visited. His next CD, Animals was released in Fall 2004, featuring Frank on multi-woodwinds and a roster of some of Los Angeles best musicians. His follow up CD called Mo' Animals was released in 2006. He released the CD Emotions featuring The Prague Orchestra in January 2007 which received a Grammy nomination for Best Arrangement (for "Black Is the Color..."), and a Blue Chip Award from Dr. Herb Wong for "best of" jazz and released a follow up CD with the Prague Orchestra entitled Landscapes, which also garnered a Grammy nomination for Best Instrumental Arrangement for "Down In the Valley." His 2009 project Saxolollapalooza is for six saxophonists and drums and features Eric Mareinthal, Bob Sheppard, Gene Cipriano, Sal Lozano, Jay Mason and Peter Erskine on drums. In January 2010 he will release the CD Folk Songs for Jazzers featuring an all star 13 piece band featuring Wayne Bergeron, Peter Erskine, Ray Frisby, Grant Geissman, Trey Henry, Alex Iles, Sal Lozano, Jay Mason, Kevin Porter, Bill Reichenbach, Bob Sheppard and also features guest vocalists Tierney Sutton and Ellis Hall. The band is doing crazed re-imaginings of traditional folk songs in funk, swing, fusion, latin, odd-metered and ballad jazz styles! Frank currently lives in Burbank, CA with his wife Tracy and son Charlie.

ADVERTISEMENT
I knew I wanted to be a musician when...

I played my first elementary school concert on the clarinet.

Humor and surprise is what I like, along with rich harmony and polyrhythmic and mixed meters. Angular chromaticism is my love! But also just give me the blues!!

Approach learning with joy and enthusiasm and you can't go wrong.

After a great gig in San Francisco years ago, I got the band's pay from the club owner. As I passed out the cash I stepped off the band stand and put my foot down on the neck of my bass players acoustic bass, which he had set on the floor below the stage. I broke the neck in half and had to come up with half the money to repair it. I now stay far away from acoustic basses!!

Vitello's, in Studio City, CA. April Williams is the sweetest, nicest person in the world.

Folk Songs for Jazzers. I feel I created some special arrangements and I had an incredible band that really "got" what I was writing; they delivered spectacular performances. All done in one day of recording, all live together in the studio. Yeah!

Hopefully I'm bringing some fun back into large ensemble jazz.

As well as composing, arranging and playing woodwinds, I also love the studio and generally record and mix a lot of my music.

Needs help-schools need to do more to educate children about music.

Working on my follow up CD, Son of Folk Songs for Jazzers.